Why People Choose Dapps over Apps?

More and more new users come into the decentralized world asking the same question: “What is so special about dapps (decentralized applications)? ” They want to know why someone should kick their habit of using regular apps, which do not need any gas fee and ran much faster than dapps. To answer that question, we chose some of the most appealing features that our dapp users enjoy:

A New Concept of Ownership

Dapps Smart Contracts (computer protocols) provide ownership, transparency, and protection. In the interview with War Riders they mentioned how they see people spending $5,000 and $7,000 to simply build their armies because they know War Riders would never be able, even if they wanted to, to take their assets away from them. It is set in stone. The concept of ownership "set in stone" means that after you are gone thousands of years later you still own the digital item you acquired in the crypto world.

Additionally to that, you can virtually own something you can’t afford in real life, for example, a Rolex in CryptoWatches or Lamborghini car in CryptoLambos with the slogan “In Crypto, you can Lambo”. Each model and item has a unique ID and can be owned by one person only. In Crypto you can own anything or be whatever you want, become a mayor of some city (CryptoMayor) or just buy a city (MyEtherCity), even buy a famous politician (CryptoPolitician) or a famous brand like Alipay (Ethercom).

A Sense of ETHernity

Any item you purchase on the Blockchain is yours forever, to explain this concept we will look at the example of art on the Blockchain. Thomas Crown Art uses distributed ledger technology to authenticate artwork, providing the ability to store a permanent, immutable record of artwork which can be used to authenticate registered works by anyone with an internet connection.

On the other hand, all items and characters on Ethereum are tokenized. If the service ends, they don't go away. Tokenized characters will continue to remain on the Ethereum networks and it is possible to make new games using existing characters in a game ecosystem.

A New Way to Enjoy Virtuality

The Blockchain simply offers a new way, where you potentially can use the items you purchased in a game ecosystem. You can do anything with your items. For example, PirateConquest applies token interoperability. CryptoKitties tokens and CryptoCountries tokens will become valuable in the game. Another dapp doing it is KittieFight that offers to utilize collectible CryptoKitties in competitive fighting matches for economic gains. 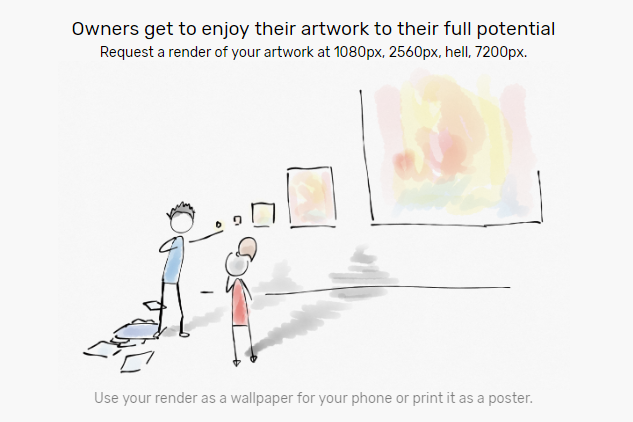 All the items on dapps are limited, once sold, they’ll never be produced again. The collectible items are NFTs (non-fungible tokens), this means every one of them is unique. No other item of that type can be made which serves as a proof of scarcity. The blockchain immutability prevents users from altering or duplicating these authentic copies.

There are dapps that offer you to leave a message on the Blockchain. Once published, no one can alter or remove it, which shows a new uncensored way of storing information. How can users have such control over their data? When users share information on a dapp, regardless of whether it's a social media platform or game, it gets stored and fragmented within the blockchain's network. Everyone can see that the information was passed over but no one other than the user that shared the information can alter its content itself.

If anyone attempts to hack the information they would have systematically attack every node within the blockchain network until they receive all the fragments. Such an attack has never been carried out successfully to this day.

Some people claim that trading collectibles in the Blockchain can be used for money laundering. Such discussion was triggered by the news that someone purchased Dragon, a CryptoKitty, for 600 ETH ($170,000 approximately as of October 8th, 2018), making her the most expensive kitty to be ever traded in the history of the game.

Other dapps, for example, SillySmartContracts, take a chance to get donations for its development through a simple clicking game “How many people paid 0.0015 ETH to see how many people paid 0.0015 ETH”. It proves that even donating can be done through gamification. Gamification is successful because it is applicable to any kind of activities, starting from banking, fitness to social media. In fitness, users collect medals for beating their own records. On Facebook, friendships are rewarded with colorful albums of memories together, etc. Gamification in dapps makes the blockchain appealing. 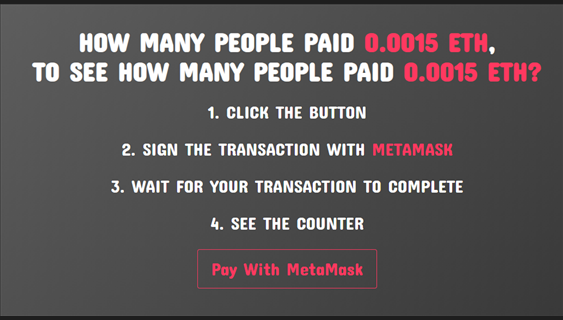 In the process of gamification, many collectible dapps adopted a breeding feature. For instance, in UnicornGo players have the opportunity to pair unicorns and get offsprings that will inherit the genetic information of the parents. Blockchain helps to visualize the genetics and create unique species. To obtain offspring, one chromosome is taken from each of the parents, which becomes the genotype of the new unicorn. In a way, the breeding feature serves as an educational tool about genetics. 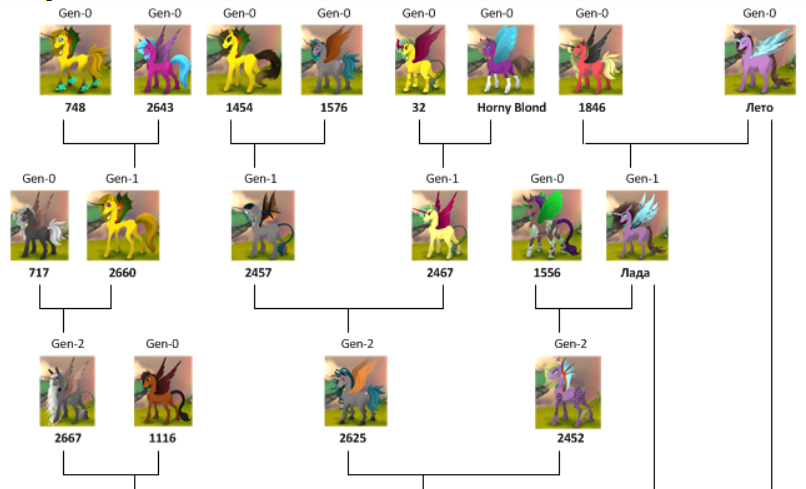 The same reason why people gamble in the real world brings them to gamble in the Blockchain. There are many high-risk dapps like Ponzi scheme, Fomo, and the most recent and popular 333ETH which after 30 days since launch got 7,422ETH ($1,477,423.32 according to November 2018 rates) transactions from its users. A person can benefit from this scheme only when they come early enough to the game and can get the dividends from later contributors. If you look at Dapp.com Ranking you see that dapps with most transactions are DEX or decentralized exchange where users trade tokens or assets on peer to peer basis through an automated process. For example, IDEX balance is 58,180.32 ETH ($11,581,374.70 according to November 2018 rates). Following DEX, you notice pyramids, gambling and betting dapps. However, if you compare daily active users, these dapps are on top positions, for example, Dice2.win is in leading position (according to November 3, 2018).

Every dapp fosters an autonomous community on different social media channels like Discord, Telegram, Twitter, Reddit, etc. In a way, it is a socializing platform for like-minded people with daily discussions and networking. This community even created decentralized social media platforms like Steemit or so-called “Reddit on Blockchain” where people can post, curate, and upvote content. Every user who participates gets a monetary reward, which comes in the form of ERC-20 token named Smart Media Token(SMT) with a US dollar sign ($). Apart from Steemit, there is a decentralized YouTube called D.Tube, a decentralized micro-blogging platform similar to Twitter Peepeth, a decentralized LinkedIn alternative Indorse. There is a whole parallel decentralized world building up while you are reading this. Soon there will be a decentralized alternative to everything.

The whole idea of decentralized applications is centered on collective decisions. An example of such application is SaveMyLuggage, a Token Crowdsurance which means people unite in communities to provide a guarantee of compensation for an unexpected loss. Crowdsurance suggests financial support from community and collective decision making on funds distribution. In a similar way KARMA, a soon to be released dapp social media platform, aims to have it's community reward each other for the good deeds they do and decide what is considered good KARMA.

Blockchain games are unique but they are not as developed as traditional video games.  Most of these games are gambling, betting, idle games, and collectibles. The games that try to fully adopt video gaming industry experience on the blockchain are growing as well, like MMO game War Riders or a soon to be launched MMORPG Ember Sword.

Dapps offer a graphical interface that helps you to visualize the decentralized code. They show the practicality and different ways of blockchain application. Most of the unique Blockchain visualizations are facilitated by gamification, in other words, using typical elements of gameplay in all spheres of life: banking, insurance, finance, marriage, etc.

Blockchain services differ from mere games to marriage applications like MarriageUnblocked. Simply click “I do” and then write down a vow to your loved one. Afterward, you will get a link with the proposal and the vow to send to your partner. When they have clicked “I do” and written a vow back, you will get a confirmation. The promise is then sent through a transaction to be stored on the Ethereum blockchain forever out of reach for any state or religion.

Summing up, every person finds their own reasons to use dapps as there are many attractive features to make users experience an adventure. In the meanwhile, the Blockchain is trying to create an independent ecosystem to cater to everyone’s interest and satisfy your every need. 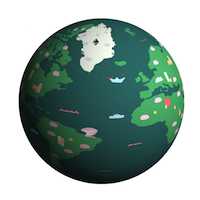 CityMayor
5.0
A blockchain-based game that allows you to build your own city and trade assets(cities) with fungible tokens 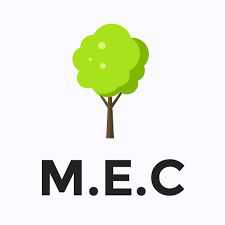 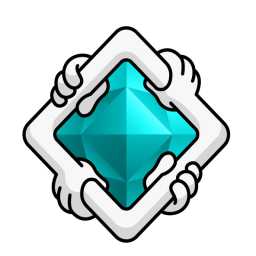 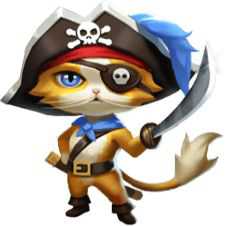 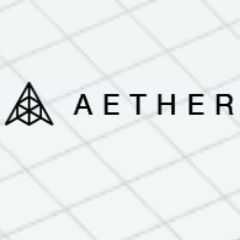 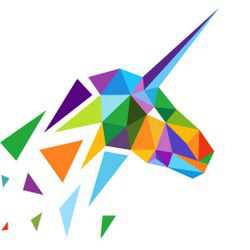 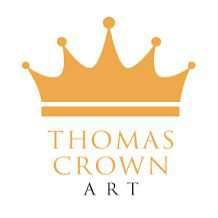 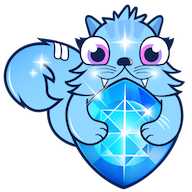