This New BSC DEX Has More Volume Than Pancake, A New Competitor?

MDEX is a decentralized exchange based on Huobi Eco-Chain (HECO) and Ethereum, and supports the "dual mining mechanism" of liquidity mining and trade mining.

Recently, it has expanded to Binance Smart Chain. You can regard it as an alternative to PancakeSwap.

MDEX now supports the decentralized cross-chain transaction protocol of BSC, HECO and ETH. It aims to integrate the distinct advantages of a variety of basic public chains to create a high-performance compound DEX ecosystem.

Ever since the launch on Binance Smart Chain, MDEX’s on-chain performance has been amazing. 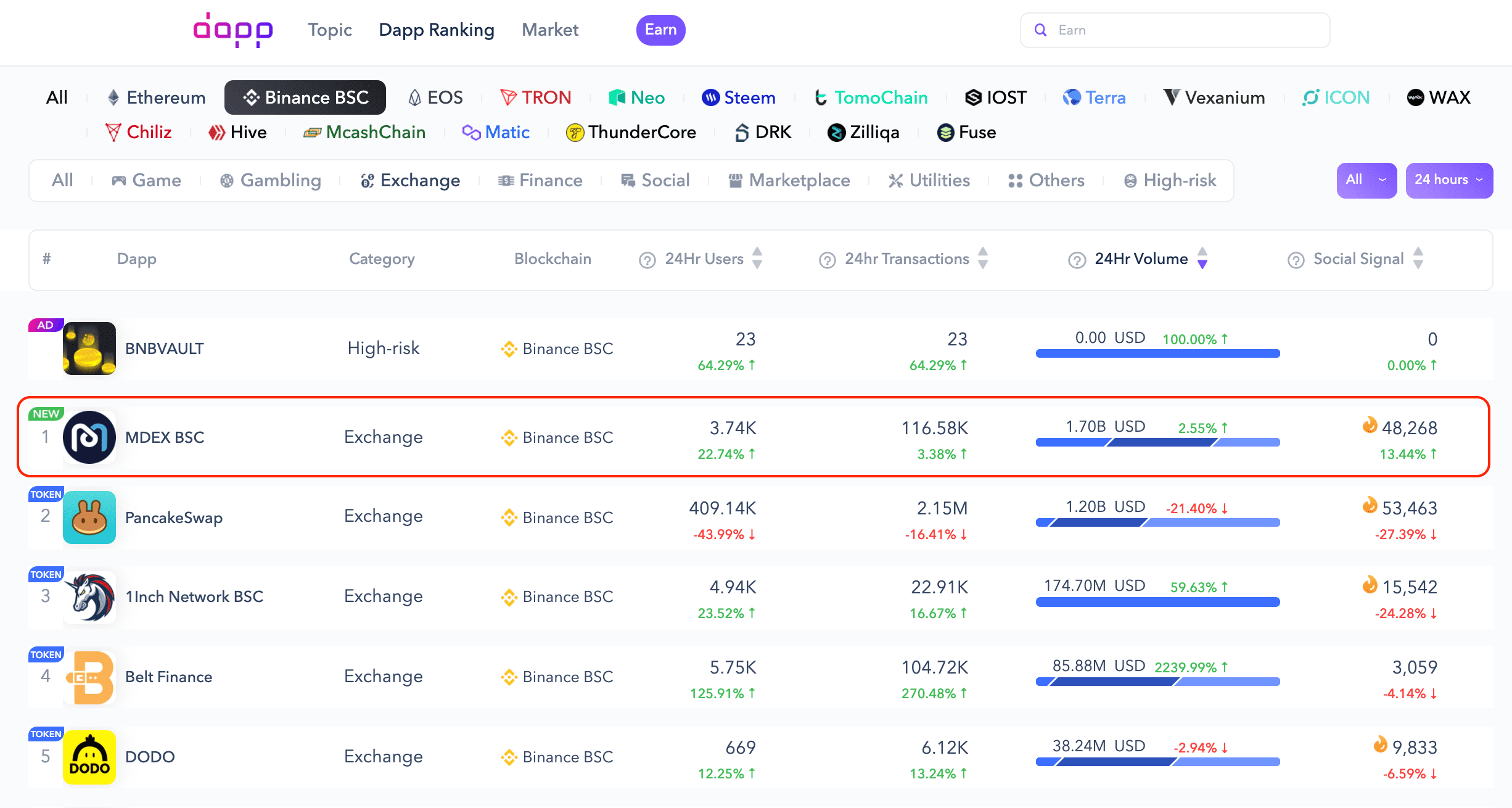 MDEX now ranks No.1 in all Binance Smart Chain DEX by 24h volume.

Its 24h volume ranks No.3 in all Binance Smart Chain dapps, just behind Venus Protocol and Autofarm.

Among all dapps, it also ranks No.3 by 24h volume, even beyond Uniswap.

How Does It Work?

MDEX is an automatic market-making decentralized exchange based on the concept of fund pools. MDEX BSC combines the advantages of the low transaction fees of the Binance Smart Chain and the prosperity of the Ethereum ecosystem. With MDEX, users can also participate in mining mechanisms of liquidity mining and trade mining.

Here are the features of MDEX: 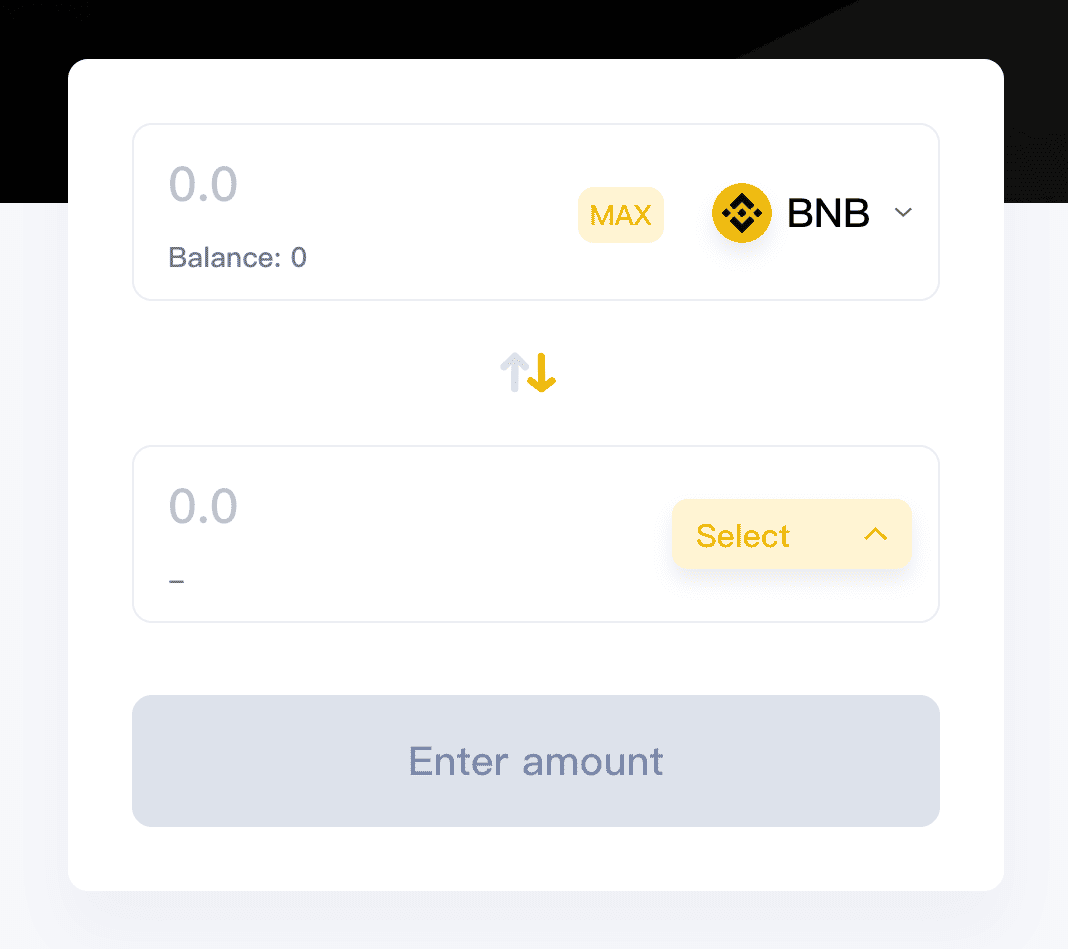 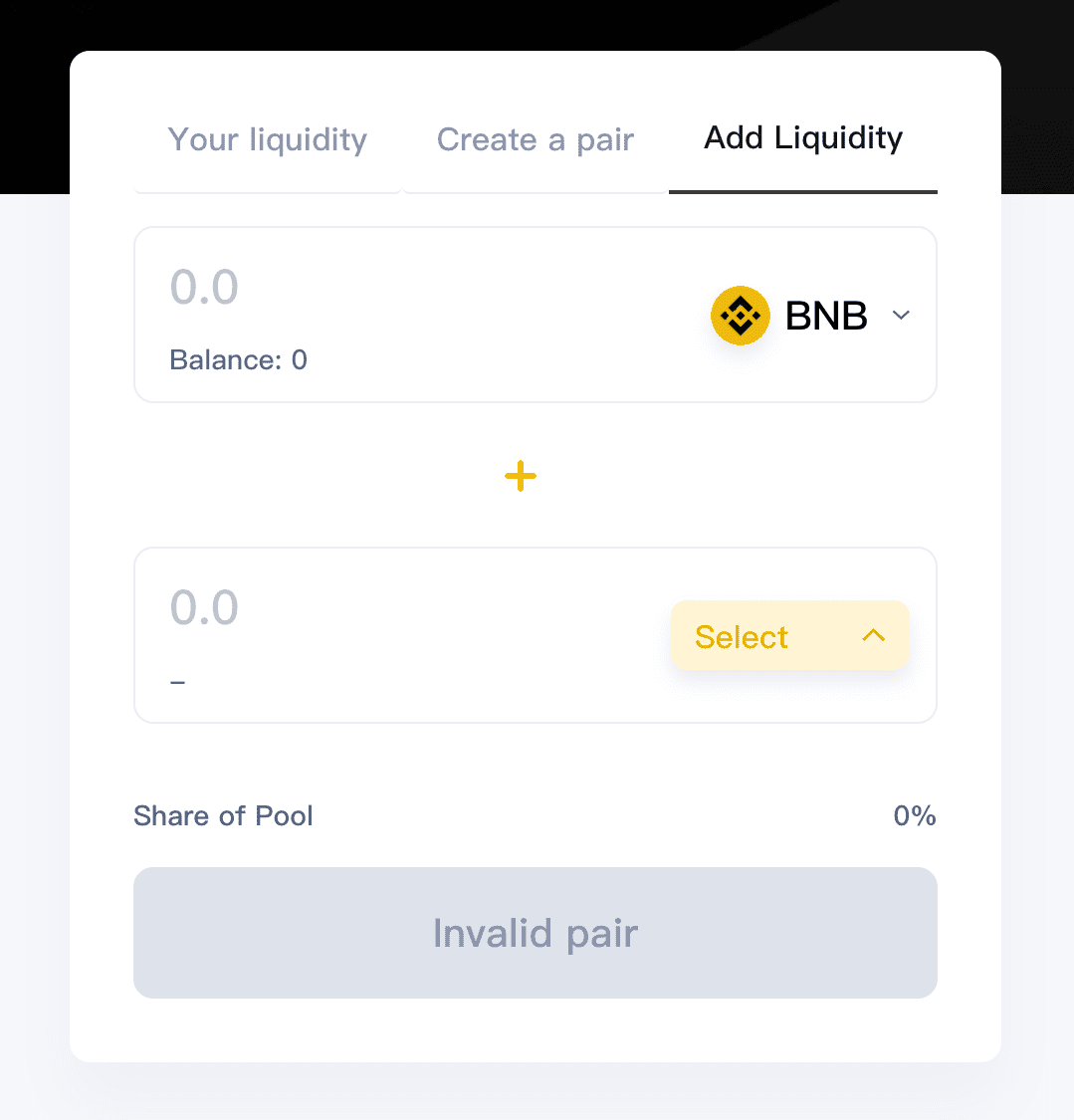 For every trade on MDEX, you can receive the governance token $MDX rewards. Since MDEX launched BSC trading mining on April 8, the dex trading data increased dramatically in just 1 day. 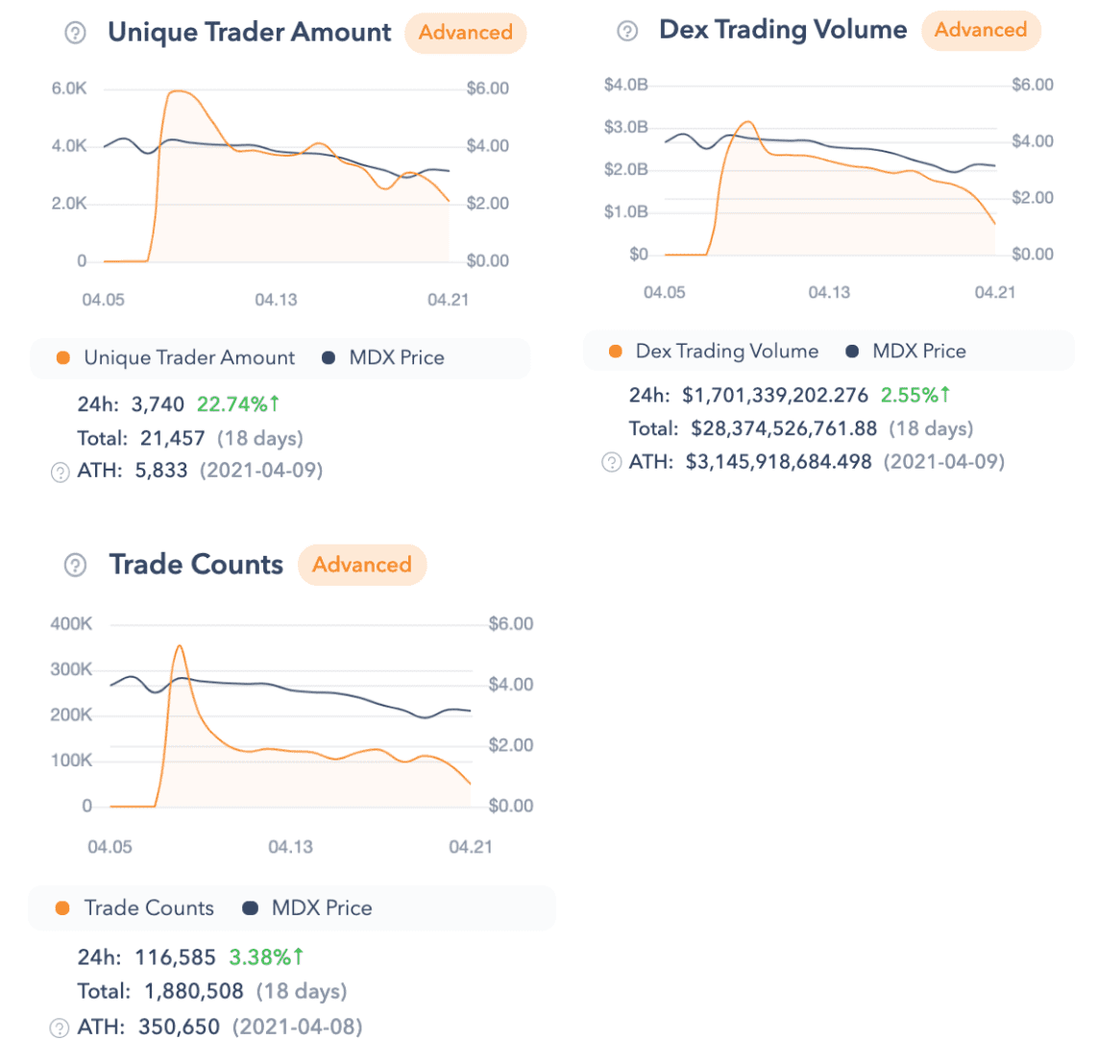 However, after the peak, the Unique Trader Amount, Dex Trading Volume and Trade Counts have all decreased constantly till today. The same goes for its $MDX token price, it continues to drop with MDEX volume and users data. 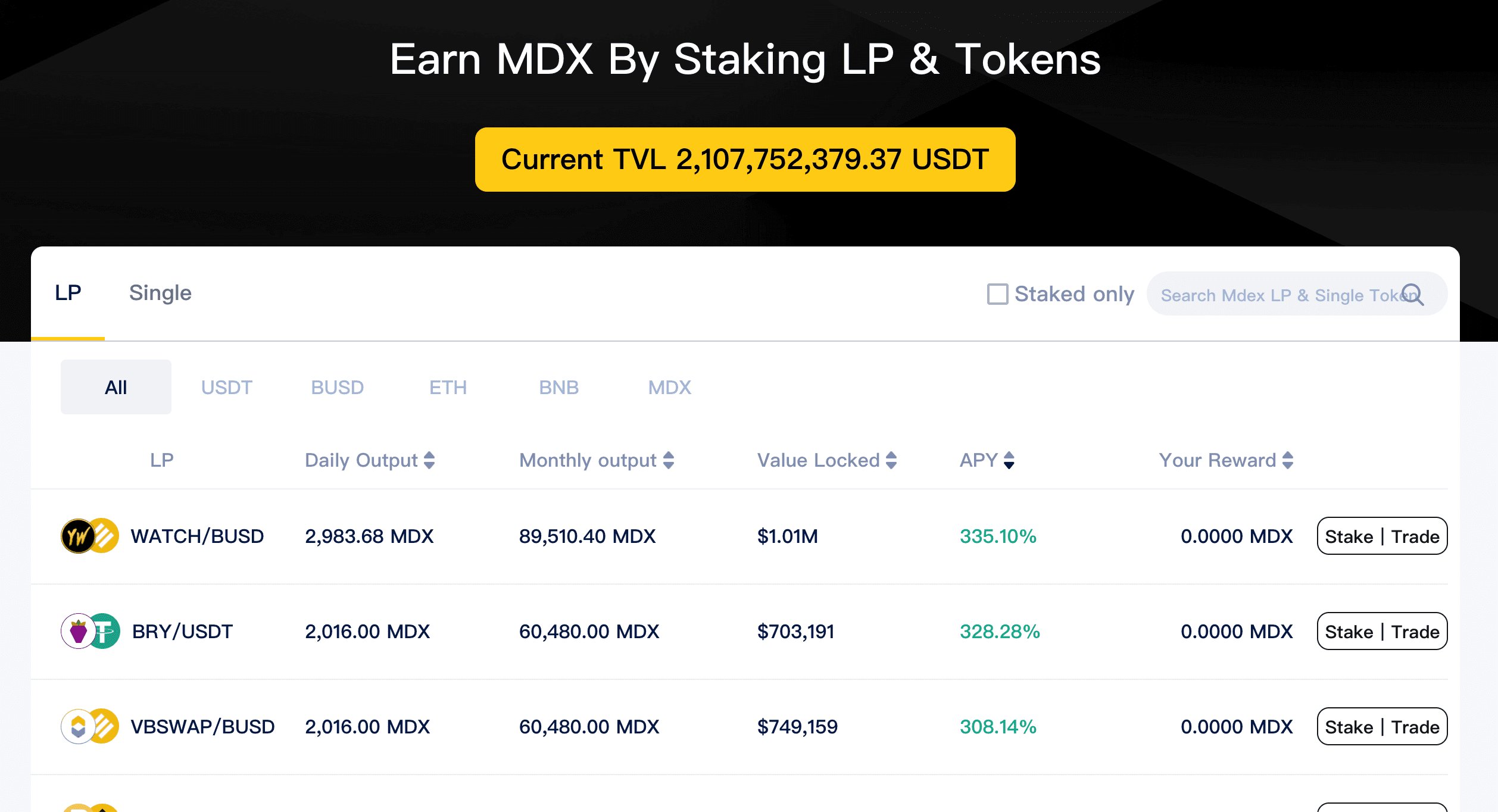 You can stake your LP tokens or single tokens into MDEX to earn $MDX rewards.

So we can conclude that MDEX has a powerful debut on Binance Smart Chain, yet the follow-up on-chain performance seems to drop gradually.

You can bookmark its product detail page to monitor its data afterwards. 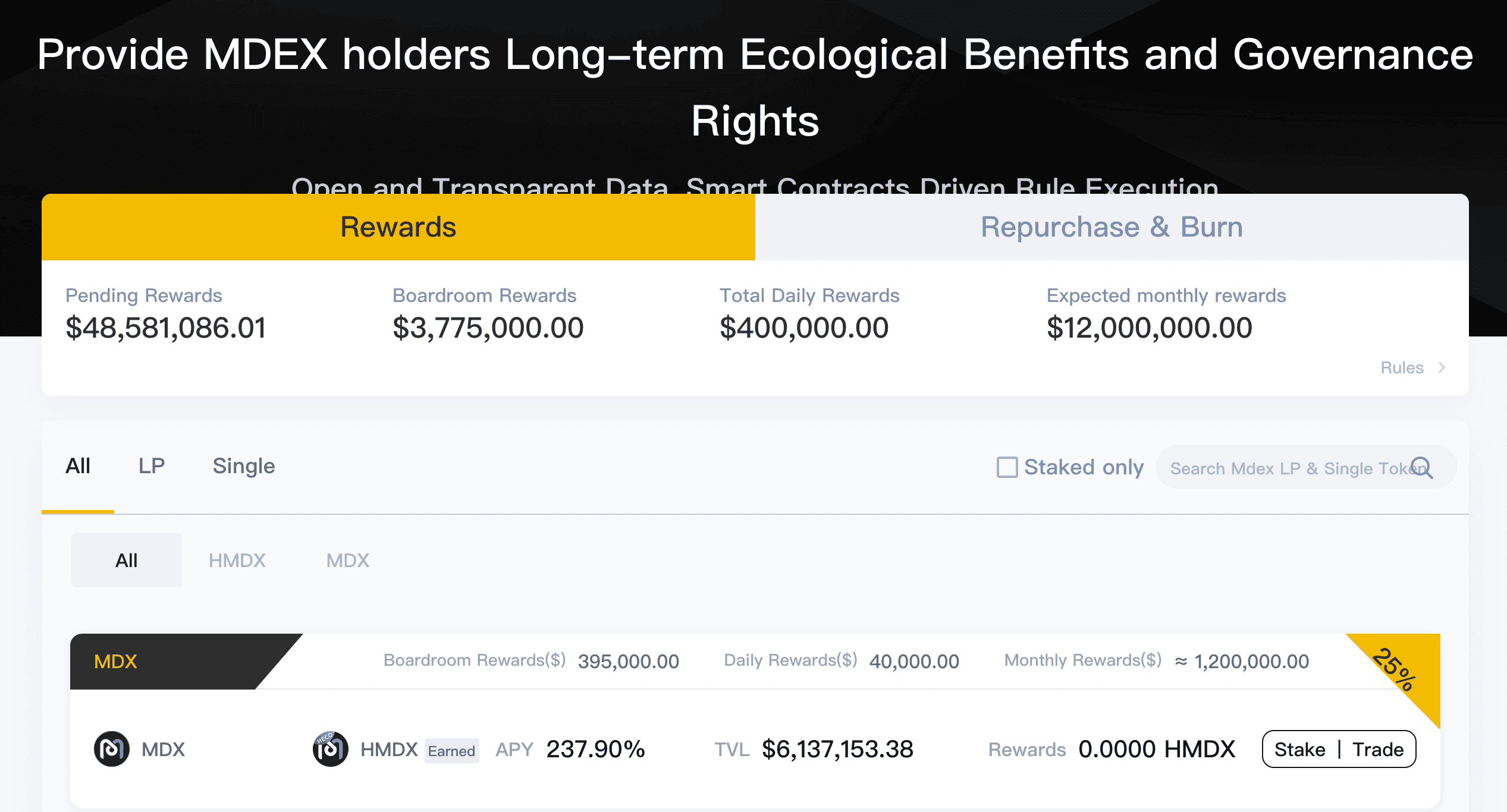 MDEX will transfer the corresponding proportion of daily platform income into the fund pool to be repurchased, and users can receive HMDX or MDX by staking MDX/HMDX LP, MDX/WBNB LP, and MDX. 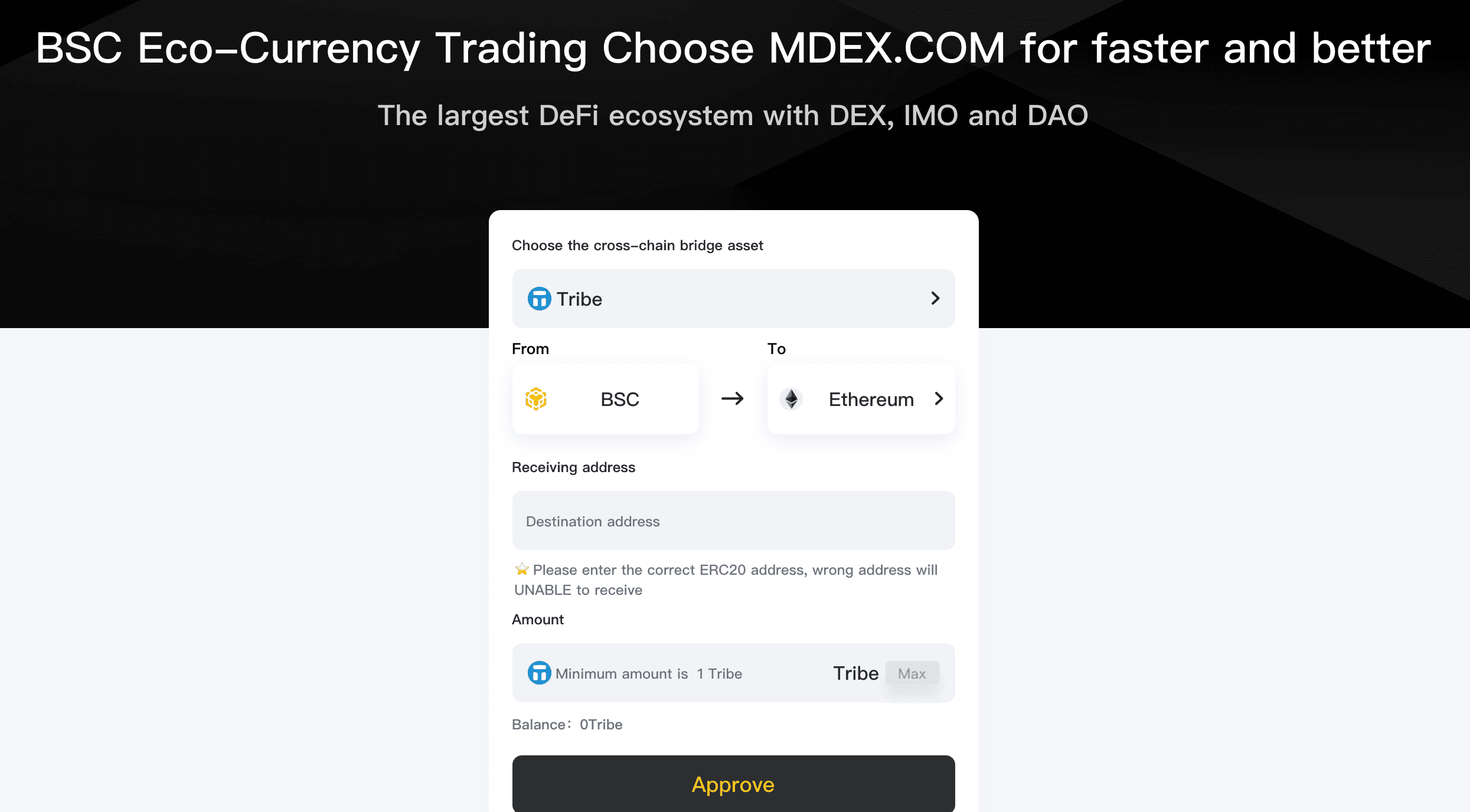 You can transfer your assets cross chain from BSC to Ethereum/HECO by using MDEX. The supported assets include Tribe, HMDX and FEI at present. 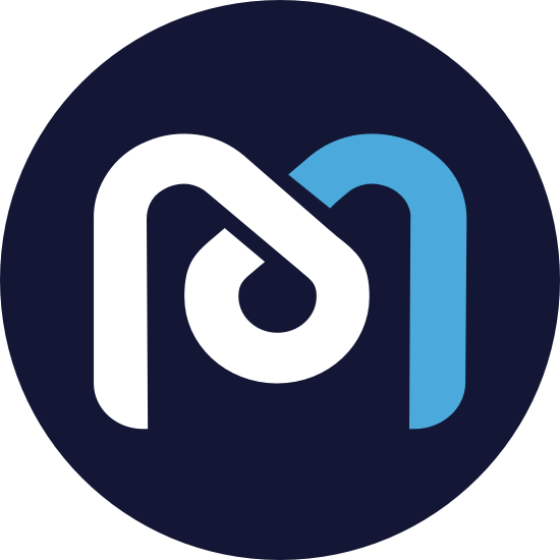