Want a fast track to speed up your earning with LiteBringer?

🎉 Solve the LiteBringer Puzzle and Win $600! - 🙋 Learn and discover the secret of LiteBringer game with dapp.com to unlock the 12 keywords.

How to join? Here: https://www.dapp.com/campaign/litebringer

A quick Pop up quiz:

Is it possible that for an MMO (Massively multiplayer online) game to maintain over 500K active players after 20 years?

Yes! This extraordinary achievement is made possible by Tibia, a PC game released by Cipsoft in 1997. 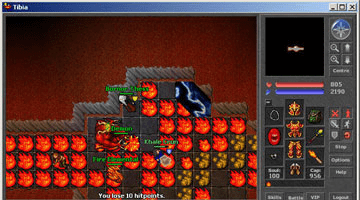 (Screenshot of the Tibia game)

And this game has no music or sound effects! We have to believe that CIPsoft made this game super fun enough so that it has a longer history than the combined of all the existing leading blockchain games.

Now, CIPsoft, one of the leading game studios in Europe,  has entered the blockchain field with its new game, LiteBringer.

Is a client-based game always better than Web-based games? Not always, but most likely yes.

A client-based game usually offers better game detail, design and immersive experience compared to web-based games as it allows more complex gameplay features. But the onboarding process is more difficult because you need to download the game client itself.

While most of the existing blockchain games are made web-based in order to improve user’s onboarding experience, LiterBringer only supports PC downloads. According to statistics from dapp.com, Gods Unchained, the most famous client-based Trading Card Game invested by Coinbase, has less than 30K unique players within nearly a year of its launch. Taking the hard way shows that Cipsoft has great confidence in LiteBringer's gameplay design.

Proven Fairness and Ownership by the Litecoin Blockchain

The items and resources in LiteBringer are created as the blockchain operates. All clients follow the same game logic, resulting in all of them computing the game state and the assets of all the players correctly.

The in-game rewards are determined by the hash of the block. Litebrinnger uses the hash of the latest block as the seed for its random generator to make it impossible to predict the outcome - as well as manipulation of the game economy by developers and administrators. 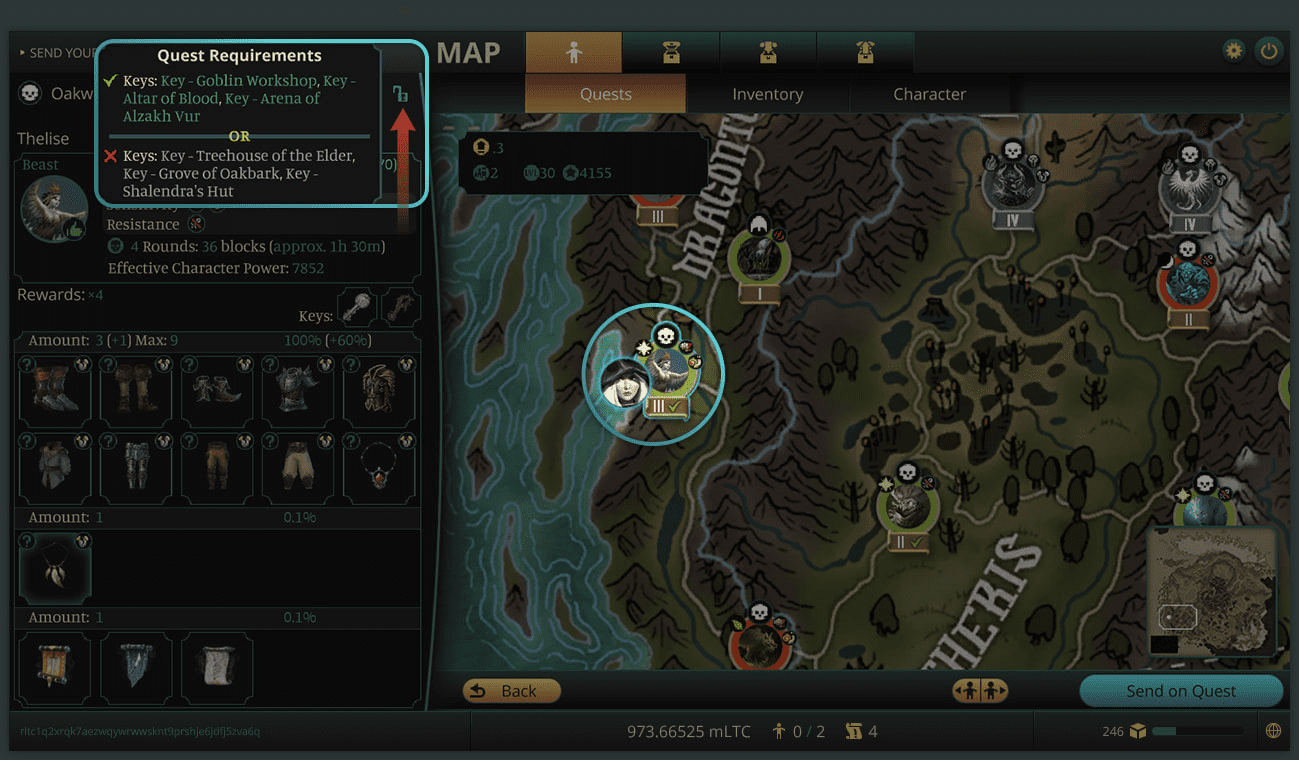 LiteBringer is a game running completely on a blockchain that allows players to have permanent ownership and full control over their in-game assets including in-game cards, skins, equipment, and characters. Regardless of the asset type, most blockchain games link them to non-fungible token (NFT) on the blockchain, such as the ERC tokens.

LiteBringer uses another method and only uses Token for trading purposes. Players create assets while doing missions. Because every action is written in the blockchain and interpreted by all clients simultaneously, creation and ownership of an asset is publicly validatable. There is no need for a separate token!

Every move you make in the game is a transaction in the Litecoin blockchain that creates value. Every weapon, item and even your characters can be traded safely and without limits, thanks to the power of cryptocurrency.

Unlike many games running on Ethereum or other smart contract platforms that produce new ERC-20 tokens through contracts, LiteBringer's economic system is closely connected to the Litecoin network. Therefore, when you continuously upgrade to obtain more assets in the game, the value of your assets is actually backed by Litecoin. 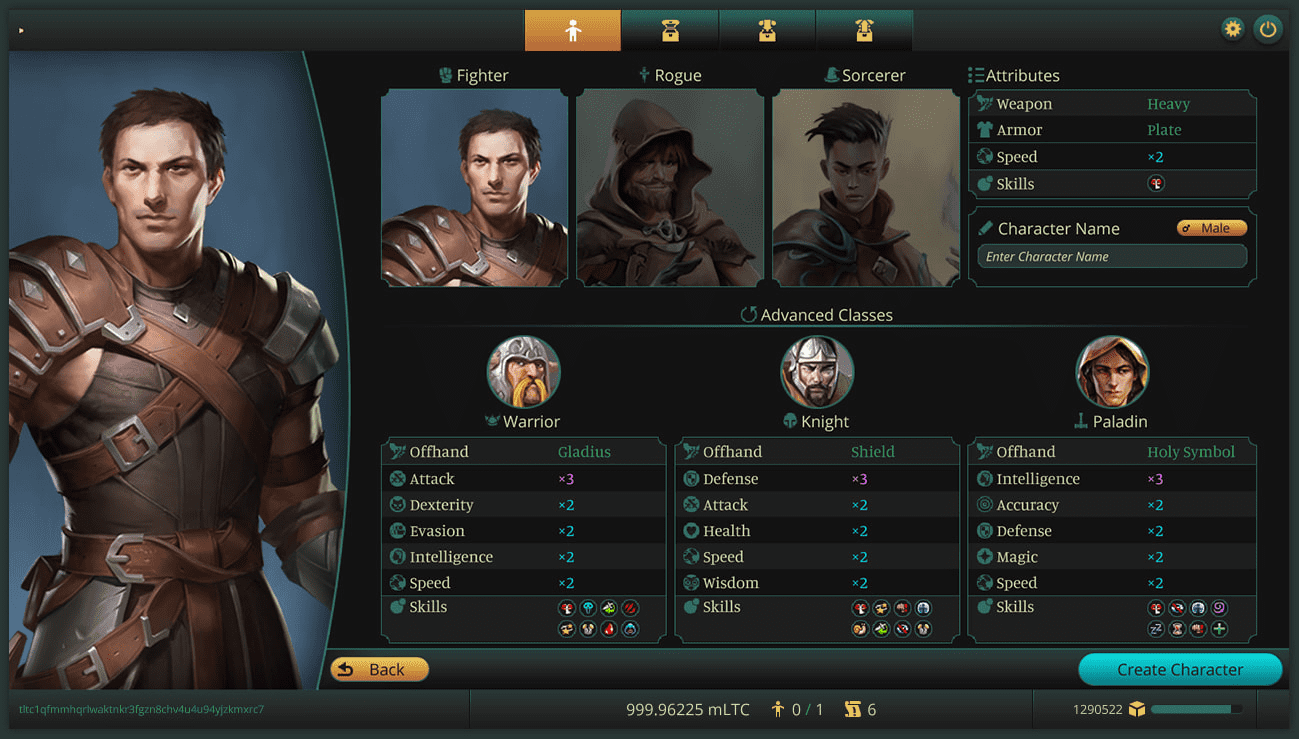 Litecoin (LTC) is one of the top ten cryptocurrencies in the world by market cap, with a current market value of over $3.2 billion. According to data from Coinmetric, there are more than 150,000 Litecoin wallets active every day. When earning Litecoin rewards through the LiteBringer game, you are enjoying the fun of the game while earning real money.

Get Free Litecoin and Start Playing to Earn More

In the initial release phase, the game has included a faucet that will be giving out some fraction of a Litecoin, which allows new players to start for free.

Dapp.com
Discover & enjoy decentralized tech with us.
Like
Like this Article
Currently there are no comments for this article. Would you like to be the first to write one?
Tags
Earn CryptoPlay to Earn
Related Products 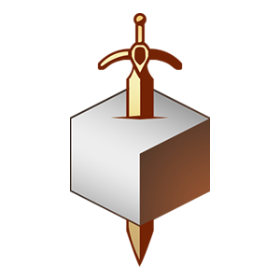