As the NFTs are spreading like a wildfire it was the question of when not if, some ambitious developers take this rapidly growing concept to the space-themed MMO scene.

As far as in 2017 the team of SUPERNOVAE first assembled to create something that would become one of the top dApp games in existence - the city-builder called MegaCryptoPolis. It had rapidly gained popularity as it was one of the first games to enable players really control and possess everything they own in the game. That’s how NFTs found their purpose in the gaming industry.

Since then the team has grown and gained even more ambitions. Never stepping away from their first beloved child, they took on the idea to step into the space scene with the same mentality - to make players really own their assets, but already on a universal scale.

Farsite is a DeFi powered MMO, that already gathered lots of attention even far before the launch. The game revolves around the concept of the post-apocalyptic setting, where the people had to head for space in search of rare resources. One of the player’s main assets is their own spacecraft which is a unique NFT (like any other asset), that can be traded in-game as well as external exchanges, such as OpenSea.

One of the core game mechanics is a revolutionary concept of cNFT - which enables stacking ERC-20 tokens and borrowing against game assets. That being said, it becomes even more interesting as every item in the game is created by players, from materials found in the game. To find and obtain resources, players will board their unique ships and head to faraway galaxies. With those materials, players will construct a base on a chosen planet, where they will be able to create various items and modify their spacecrafts with different modules. Such modules not only increase a ships’ specs but also give the ship a unique appearance.

Simply put - every ship has a number of stacked Credits, the main game currency, as collateral. Players can disassemble their ships to redeem Credits to build new ships or trade for resources and ships crafted by other players on an in-game open market, as well as on external exchanges.

The Game is based on a sustainable revenue model. No presale or ICO will be held, ever. To incentivize in-game economics and provide players with an initial set of items on the launch date an early reservation for Crates containing valuable game items, such as Ships, Credits, and more was launched on May 31. The initial set of exclusive First Edition crates was sold out within the first hours.

Don’t miss out on the opportunity to hop on the spaceship on its way to the moon and far beyond. The first issue of Crates is limited and is believed to be sold out in no time. Register on farsite.online and claim your starter ship and stay tuned for the pre-order opening. To kickstart your space journey begin earning Credits by completing the challenges of the airdrop campaign. 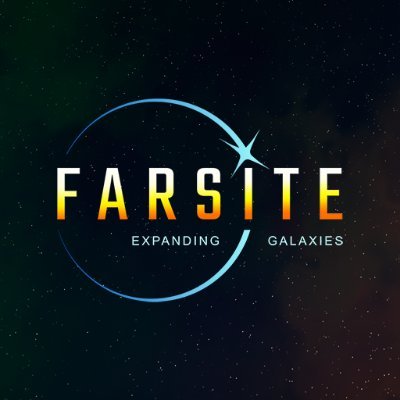 Farsite Team
Persistent decentralized universe with player-owned economics based on NFTs designed for Eth2.
Like
Like this Article
Currently there are no comments for this article. Would you like to be the first to write one?
Tags
DeFiNftGamesPlay to Earn

Recommanded Articles
Level Up with Gina Abrams from Blockstack
Apr 22 · 3005 Views
How to Use an IOST Dapp
Apr 23 · 4265 Views
Build an Empire With Your Own Champion Racehorses
Apr 24 · 6374 Views
Ready to Mine Your Own Business On TRONbet LIVE?
Apr 26 · 3422 Views
Notifications
Homepage
Topic
Dapp Ranking
Token Ranking
Get $30 Fee Voucher
Earn Crypto
Register
Log In