If you clicked on this article, you are, most certainly, aware of all the issues linked to the current DEFI lending systems. A team of innovative DeFi enthusiastic people did months of research on the problems of current DEFI lending systems and came up with the innovative lending ecosystem which makes transactions faster, cheaper and more opportunities for people to make money.

What Is Deswap? How Does It Work?

The Deswap Mechanism is intended to allow a complete algorithmic money market protocol on the Polygon chain. Let's begin by discussing the Deswap System (DAW). By utilising yTokens in place of actual collateral previously provided to the protocol, users will be able to mint YAI (YAI), a synthetic stablecoin that is linked to the price of $1 USD. If a user still has more than 50% of their y-tokens' remaining collateral value, they may borrow up to half of the collateral value left in their y-tokens to mint YAI. Synthetic stablecoins can be introduced to the Deswap Protocol as a proposal and adopted through Governance. YAI will be the protocol's default stablecoin. This will be done by having collateral that has already been pledged in Deswap. The greatest advantage Deswap has over other money market protocols is the ability to use collateral granted to the market to obtain stablecoins and also to mint synthetic stablecoins with over-collateralized positions that safeguard the platform with very low gas fees and fastest block confirmations. These synthetic  Stablecoins that are based on a basket of cryptocurrencies rather than a mixture of fiat currencies are referred to as synthetic stablecoins.

How Is Deswap Different from Other Lending DeFi Projects?

Deswap DeFi protocol’s goal is to optimise the slower block confirmations and huge gas fee which is a very frequent problem in current DEFI Lending industry . We are solving these problems by building our protocol on the fastest Network which is the Matic chain. It also have lower gas fee. We are aiming to change the interaction between the lenders and borrowers so that people can exchange assets without seamlessly loosing their funds in the form of higher gas fees And it comes together with a decentralized synthetic stablecoin built on the Polygon Network - YAI.

Most Importantly, People will have access to borrow and lend various stable coins and top market cap assets which currently rarely exist.

What Can You Do on Deswap?

The major killer point of Deswap protocol is matching any type of DeFi user’s interest.

You can, for example, People can supply and borrow loans and can make passive income also we do have stable coin minting . With holding DAW people can mint their synthetic stable coin YAI and people can also stake in their platform.You can also get those minted YAI stablecoins and use them on exchanges or even stake them to get DAW (the governance token on the platform).

You can also use DAW to vote for YAI mint proposals or to provide liquidity and earn APY.

What Are the Benefits of Stablecoins?

Cryptocurrencies are known for their volatility, and that’s what makes economic enthusiasts back off. But the YAI stablecoin is pegged to the price of $1 due to the existing collaterals provided by users.

That means you will not be prey to bear markets while enjoying a financial lifestyle independent of third parties.

Deswap’s roadmap proves the dedication of the development team to provide people with a fair, fast, and scalable DeFi Solutions.

So far, the team is ready to launch the lending and borrowing ecosystem. By the end of this year, they will also release:

And 2022 will start strong with the launch of the Polygon Centered DeFi wallet and their rewards token.

Ready to invest in something big? Then go for Deswap and be part of the financial innovation! 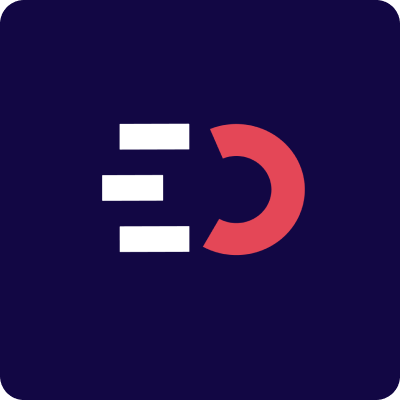 Deswap Team
World's First Money Market Liquidity Protocol Built on Polygon Chain
Like
Like this Article
Currently there are no comments for this article. Would you like to be the first to write one?
Tags
DeFiStablecoinCryptocurrencyPolygon
Recommanded Articles
What Is NFTKEY and How to Mint BIO?
Apr 29 · 1871 Views
What Is FinNexus?
Apr 29 · 1074 Views
These 2 Games’ Users Grew More Than 700% in April
May 3 · 6526 Views
How’s PancakeSwap On-Chain Performance After V2 Launch?
May 4 · 5707 Views
Notifications
Homepage
Topic
Dapp Ranking
Token Ranking
Get $30 Fee Voucher
Earn Crypto
Register
Log In