Back in August, we wrote about Chain Clash as one of the five new blockchain games on the horizon. And now, the game is finally here and we hope you're excited to try it out as we do!

What Is Chain Clash?

Chain Clash is a free-to-play, collectible, and battle game. You can collect and train a variety of avatar fighters, and join forces with like-minded people to form crypto clans.

The game revolves around avatars, which exist as non-fungibles on the EOS blockchain. The avatar fighters have a number of attributes that can be trained to increase their power and chances of success in fights. Ultimately, you will be able to compete in clashes to help your favorite crypto clans reach the top of the leaderboard! The game features a custom-built graphics engine that powers all in-game visuals, providing top-notch graphics for the avatar collectibles, as well as the fight scenes. Some avatars will be based on realistic digital likenesses of real crypto celebrities, making Chain Clash the first game to bring well-known crypto people as playable collectibles to blockchain!

Avatars are the main protagonists of Chain Clash. In essence, they’re collectibles of different rarities, living on the EOS blockchain. However, that’s not what makes them special. They’re not just collectibles, but actual playable in-game characters, featuring:

The game will feature a plethora of different avatars, varying in appearance, attributes, and rarity. Since Chain Clash is a game about rivaling clans, each avatar will generally belong to one — it will clearly be visible from its looks.

A Game for Crypto People

The Chain Clash game story revolves around crypto clans, which are based on real cryptocurrencies like Bitcoin, Ethereum, EOS, and others. You can build a collection of your favorite cryptos’ avatars and let them clash to help clans to compete for the top spot in the leaderboard. Besides the clan ranking, there are also various other ways for you to live out your affiliations or dislikings of specific cryptos. With clan-exclusive arenas, special challenges, and competitions, there are many ways and occasions to prove one’s loyalty.

Cryptos and the communities wouldn’t be the same without the celebrities and influencers leading them — the icons who publicly stand and fight for the crypto projects. So, obviously they can’t be missing out in a game about those rivaling crypto communities!

In Chain Clash, not all avatars are fictional characters. To bring the people’s excitement and allegiance for celebrities into the game, real crypto celebrities will be available as avatars! You can own and play them just like any other in-game character. The celebrity avatars will feature realistic digital likenesses and are fully animated, making Chain Clash one of the first games ever to feature real humans as in-game characters. 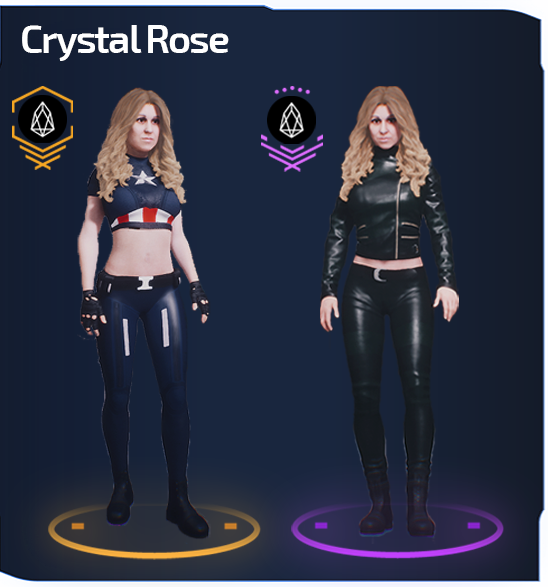 Since it's an EOS-based game, you’ll need an EOS account, as well as a compatible wallet to start playing the game. In case that’s new to you, check out this guide on how to get started with EOS for Chain Clash.

Let’s look at some of the basics of how to play:

1. The game is free-to-play, meaning you’ll get your first avatar for FREE, so you can start playing right away. After logging in for the first time, you’ll be asked to do a couple of tutorial challenges, which will explain the basic game mechanics to you.

2. In the Dojo view (left) you’ll see a list of all avatars you own. Tap on one to get to the avatar details (right): 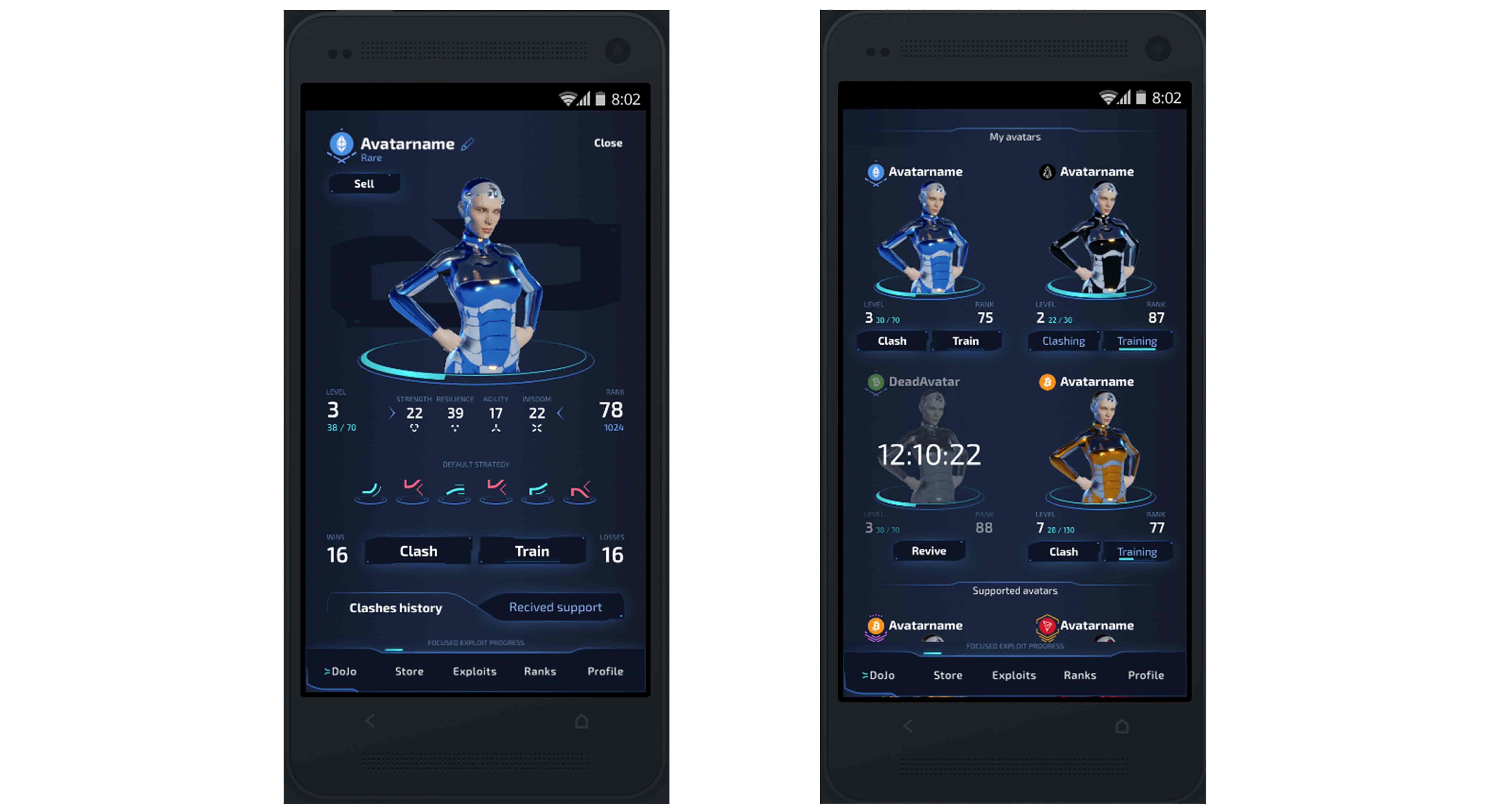 3. Initiate a clash, set a fight strategy and choose an arena to let your avatar take on an opponent and watch how the fight plays out — from left to the right: 4. In the market, you’ll find all the crucial items to equip your fighter, and potentially even some new avatars to add to your collection:

5. Training your avatar (left) will be crucial to stay on top of the competition. However, it can get costly, so make sure to take on some challenges and quests (right) to earn the required rewards: 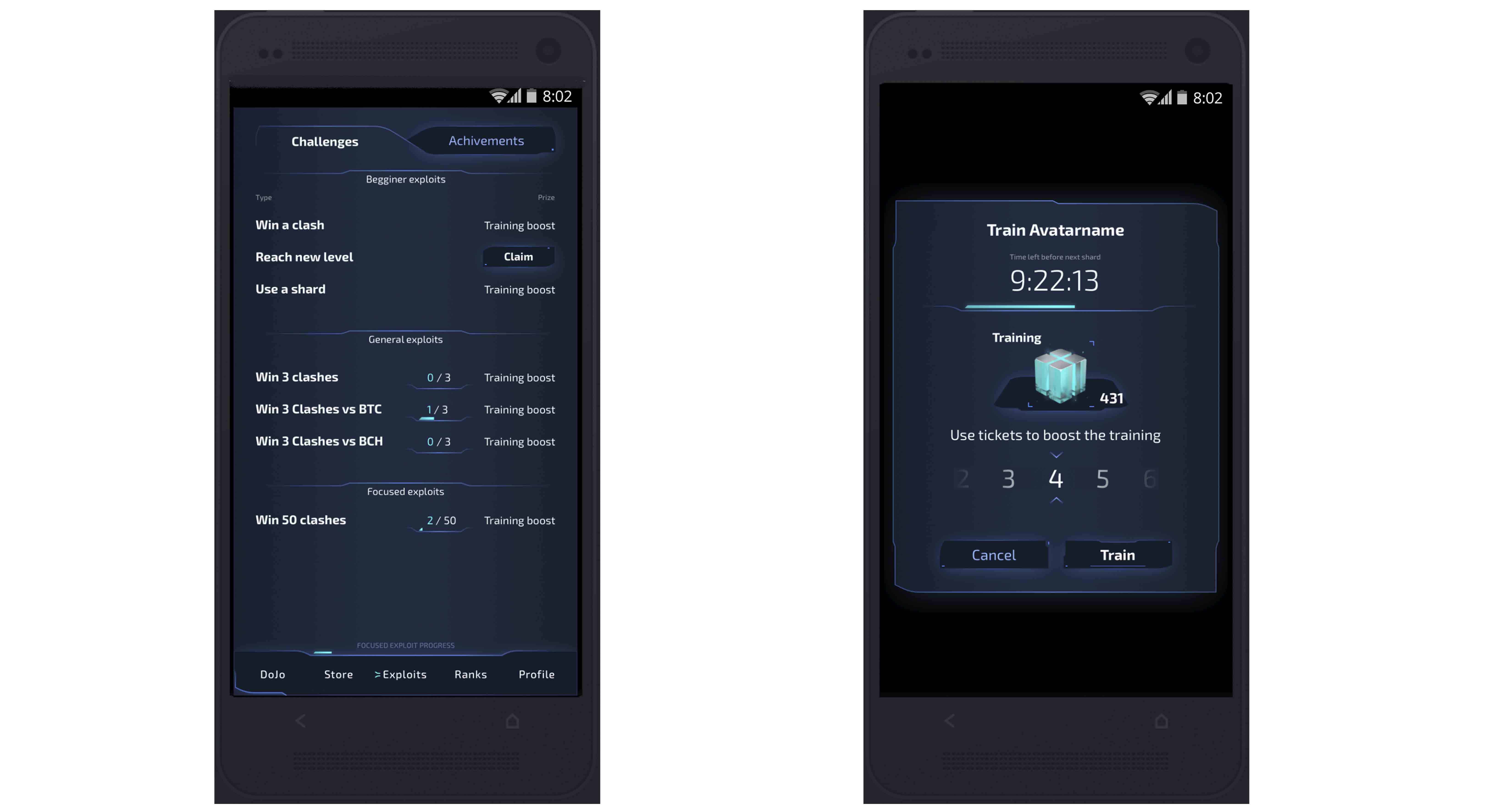 6. Ultimately, your efforts and performance will translate into success and help you reach the top of the leaderboards — for you and your clan!

Those are only some of the basics in Chain Clash. The game is scheduled to go live in Q4 this year. To see the rest of the game, check it out yourself!

What’s to Come Next

Chain Clash will be hosting a pre-sale event, where you have the chance to get your hands on some exclusive Genesis edition avatars. Besides auctions for the super-rare celebrity avatars, there’ll also be pre-sale bundles, discounted in-game items and other avatars available for sale. Please stay tuned!

If you're interested in the pre-sale, and also want to score some free in-game goodies and early access to the pre-sale event, please head over to Chain Clash website, join the community, and give them a follow on social media!