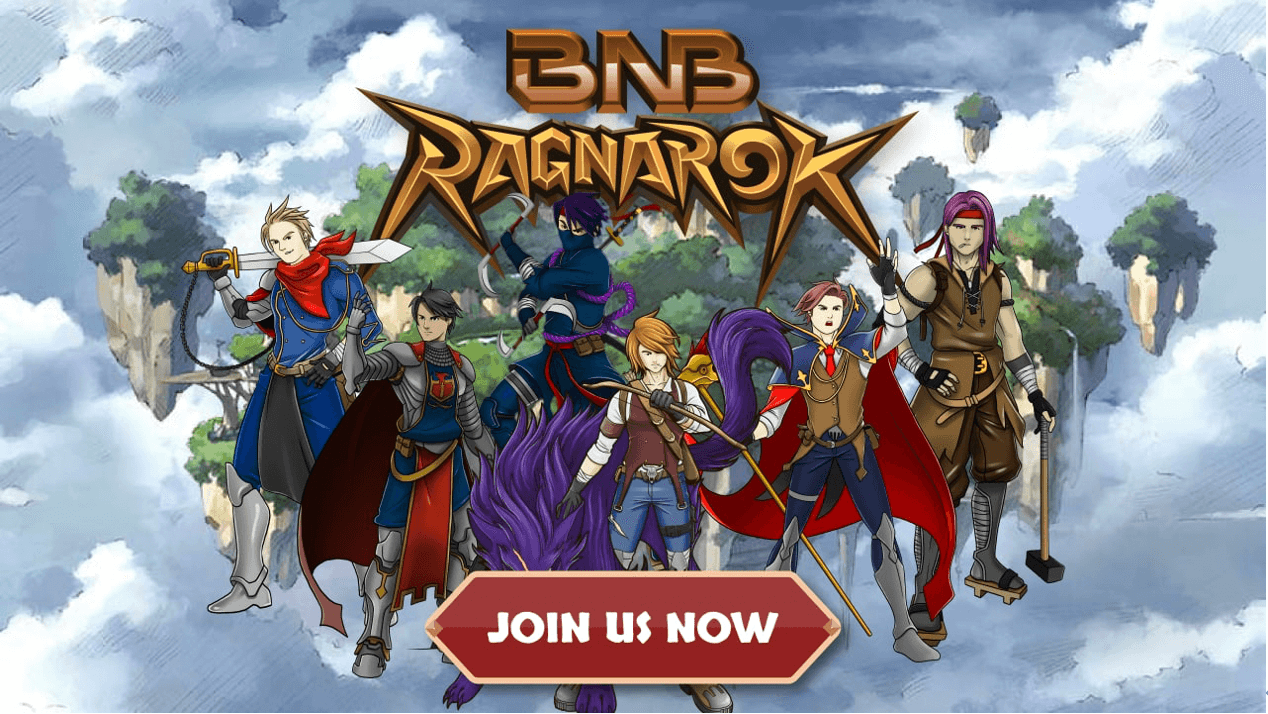 As one of the phenomena right now, the gaming Play to Earn Metaverse is quickly growing and evolving with more use cases. Since most of the current NFT Games out there still face many challenges such as lack of liquidity, limited usability, and unsustainable rewards. GameFi believes that in order to grow sustainably, there are two fundamental things that every Project should tackle: Scalability and Usability. That’s the core fundamental development of BNBRagnarok - The First NFT GameFi with Dual Reward System!

The Gameplay and Reward

BNBRagnarok is an NFT card-theme game that is built for multi-devices for everyone to play the game on any platform they choose as long as there is a browser or a wallet with a built-in dApp. The game is easy to play for casual gamers as the game is designed with a simple and gamified UX that allows everyone to enjoy it. The game consists of missions to play Player-versus-Environment (PVE), Weekly Event (MVP), Player-versus-Player (PVP), and more. Initial NFT character will be featuring 12 Heroes with different stats and rarity that can be minted by a player with a random drop rate.

A normal fight with a monster of PVE is able to give the rewards ratio up to (0.4 BNB + 0.4 BNB in $ZENY) per winning. A new player can have two NFT hero characters minted and start fighting and winning to earn the rewards. To progress more, BNBRagnarok provides special upgrades known as VIP Level to generate an extra reward pool. There are a total of 5 VIP levels in which players can earn up to 80% extra reward on every win if they have the legendary NFT hero. 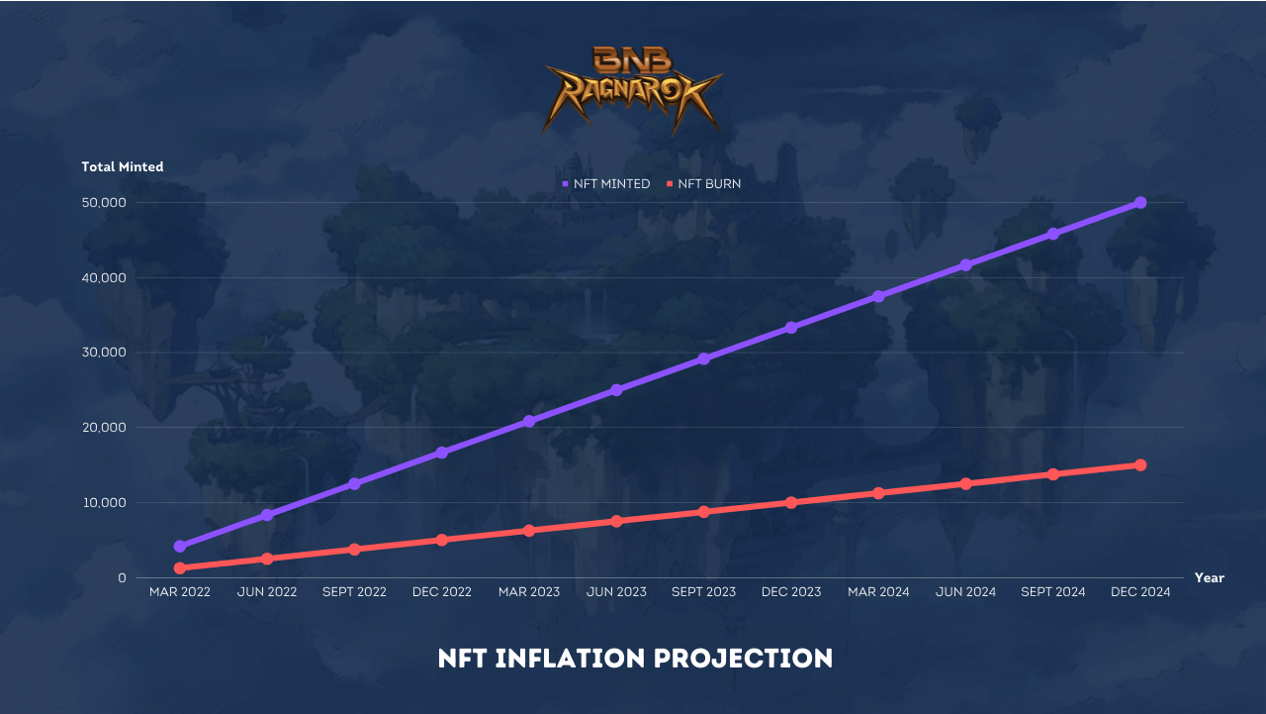 What makes it more valuable is that the NFT heroes that can be minted on the entire game ecosystem are capped to 50,000 max with actively burning NFTs as the principle of bullish price in the future. The quantity of NFT hero characters is limited for new players who can mint a maximum of 2 characters. If a player would like to have more than 2 NFT heroes, they will need to increase their VIP Level.

In addition, BNBRagnarok native token $ZENY is dynamically anchored to the BNB price. This is called Price Oracle which is to put up the token price more sustainable, especially for the newcomers and late adopters. This to ensure the game always be fair for newcomers to start playing, especially when massive marketing takes strides throughout the long term.

The BNBRagnarok smart contracts are well written on the blockchain with the flexibility of reward token protocol. Instead of just relying on the value of the native token which might be subject to sudden pump and dump schemes in the early launched game. Thanks to the Dual Rewards strategy which distributes the rewards in Multi token with the adjustable ratio to ensure all players can secure their value of the rewards while the network game grows.

Adoption of Dual Reward in BNBRagnarok Game also opens the door for the project to enable token partners such as collaboration with other games, events with a cross project or brands and drop good special rewards of partner token. It's a no-brainer as well planned smart contract with endless possibilities of usability to grow and earn more rewards in the future.

BNBRagnarok will launch its token in Mar 2022 in a pre-sale hosted on the PinkSale Launchpad platform. All participants in the fundraiser must complete this form to get whitelisted before the beta launch. The launching also follows the anti-rug protocol in which the tokens are locked with clear vesting scheduled to demonstrate the dedication and allow the project to grow sustainably.

Not just that, all players also can earn up to 5% from referral In-Game Ecosystem from each person referred. This means if a player refers to someone who spends 1 BNB worth in $Zeny in the game, the referrer will receive 0.05 BNB worth in $Zeny once the invited friend has successfully created Character, level up, and many more. This is to encourage everyone to enjoy playing together more often!

BNBRagnarok has a clear roadmap and more upcoming features with huge potential of rewards can be earned. A few of them are Idle Quest (NFT’s Staking), Hero Refinement, Character Fusion, Guild Party, and even NFT marketplace. Those features are in good progression to be released in further announcement.

The team has been working hard to design and develop a game that is easy to play and brings a scalability and usability element with sustainable earning rewards. The BNBRagnarok team is getting ready to launch the game soon.

Join the early community of BNBRagnarok and keep up with the latest developments via the following social media links: 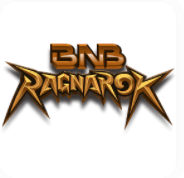 BNBRagnarok
Play to Earn Ragnarok NFT Card and get paid in BNB
Like
Like this Article
Currently there are no comments for this article. Would you like to be the first to write one?
Tags
GamesBinance Smart Chain
Related Products 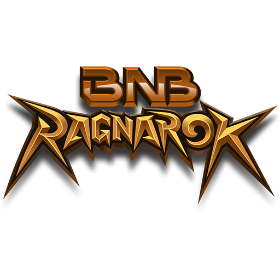