The year we’ve just left has had its ups and downs, but for BitKong everything has been about progress in 2021. The game of the awesome ape incorporated three new games to the site and several updates to the wallet connectivity.

Keno is a classic game of chance invented in China, but we’ll stick to BitKong’s spectacular version. The player gets a ticket-like screen with numbers from 1 to 40. They’ll have to choose up to 10 numbers from the card, but the payout gets higher the more numbers they choose. The player can also select a risk level from High, Medium, or Low.

What About Kong’s Minefield?

Mines is a traditional mine dodging game. The player needs to turn cells with gems and dodge, you guessed it, mine cells. Playing Mines is very simple. The “board” has a total of 25 cells with either gems or mines on their backs. Before starting, the player needs to choose the risk level of the play by selecting the amount of “mines” cells they would like to be distributed on the board.

Mines offers the same bonuses as its two brother games. And also, like in Tower and Keno, players can multiply their payouts 2, 5, and 10 times playing Mines.

We all Love Rolling the Dice

When you first encounter Dice, you’ll see our beloved ape holding the top of the board and two dice as the main attraction. It is a classic dice game, BitKong style, with a risk selector that modifies the payout, multipliers and all the known and loved bonuses from the previous games, including another addition, launched last year, the amazing new Level Up bonus scheme.

One way or the other, last year has been about evolving and coming out stronger and with much more to give than before. And this has undoubtedly been the case for BitKong’s game family!

If you want to know more about the new games and features, please read the full article on our blog. 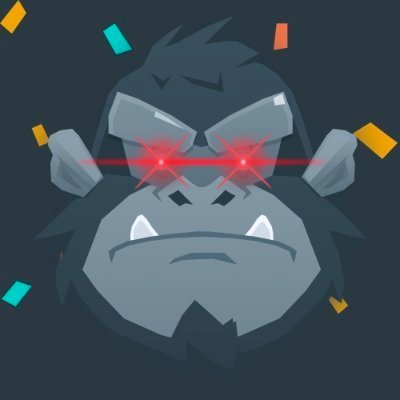 BitKong Team
BitKong is provably fair bitcoin gambling site with free faucet.
Like
Like this Article
Currently there are no comments for this article. Would you like to be the first to write one?
Tags
Blockchain Gambling
Related Products