What are you up to?

The world of Cryptocurrency moves at a velocity I’ve not seen since co-founding what became Razorfish in 1996 with Stephen Anspach. You wake each morning excited and pass out from exhaustion 19 hours later. This is my life now.

However, it has been far too long since I’ve shared any news with my network & friends, share some announcements & news — as well as invite you to join me at some upcoming events and influencer dinners in Denver, Chicago, Tokyo, Singapore, Miami, London and more global cities. Moreover, I wanted to ask the question I keep getting via SMS, FB messenger, etc.

First up, Kameron and I and the girls are fantastic. Isabella is interviewing for high schools (Gulp), Kameron designing away at Apple and Zoe is the lead in a play here in SF — “Into the Woods” this spring. As for me, I have continued coaching entrepreneurs, in partnership with Evolution, though in a more limited capacity as my focus has turned almost exclusively to Blockchain, smart contracts and cryptocurrencies through my newest startup, ARK Advisors. In fact, ARK is bringing a roadshow cohort to Asia next week, and Europe at months end (learn more and sign up here).

Since reading my friend and current advisory client Mark Jeffrey’s 2013 book about Blockchain, I became intrigued by the Blockchain. Built on the back of ciphers and cryptography, I have been fascinated about the underlying science since its introduction to me by my late friend (and inadvertent cupid) John Perry Barlow. If I’m honest, while the idea of digital money made a lot of sense to me, I was skeptical that Bitcoin would be the optimal consumer solution.

Still, I bought some, used it occasionally and watched. Michael Terpin, another old friend dragged me to his CoinAgenda events as a judge from time to time and Brock Pierce even gave me 10 BTC (value ~$10 at the time) which I spent 2 BTC and change on pepperoni pizza a few months later. #headsmack. I’ll do a longer piece on what transpired next, but let’s just say I began investing in ETH at $6 and the rest is history. I’m hooked. You can hear more in a podcast interview I did here or watch me on stage at one of Ark Advisors’ fireside chats.

It is my humble belief that; the Blockchain, smart contracts and cryptocurrency are part of a revolution which has just begun; but one that will dwarf every single revolution I’ve led, followed or been victimized by previously. The Internet, the browser, streaming media, social media, sharing economy; none of them come close to the socio-economic impact of the power of decentralization.

ARK, the blockchain advisory firm I co-founded last year with my business partner, attorney and amazing human, Marissa Kim, is off to an incredible start. Our growing list of clients and active blockchain token sales is here and includes Guardian Circle (founded by Mark from earlier), Blockchain Terminal (who are wrapping up an oversubscribed $20m pre-sale), AdEx, Po.et (who raised ~$10m in a less than a few hours) and include many of the leading token sales from the last eighteen months.

Ark regularly hosts events in the US, Asia and Europe focused on Blockchain, cryptocurrencies, and exciting new innovations in this rapidly evolving ecosystem. At each event, we showcase a new cohort of Blockchain related startups who are fundraising, often via token sales. If you had invested in a fund backing only companies we hosted at our events you would already be up more than 500% (outperforming both the Nasdaq & FTSE and most other investments) over that period. Our most recent event in NY for advisory clients Omega.One, CG Blockchain and Menlo attracted over 180 registrations for what we’d planned as an intimate 40 person fireside chat. Peruse our list of our current advisory clients, our events or email us suggest an event near you). We also publish a semi-monthly Northstar email you can subscribe to here.

Having advised utility & security token sales raising a total of more than $1bn+, our network began asking us to co-invest in our deals. Given our reputation in the industry, we see the majority of significant deal flow in the market and often have an opportunity to invest at a discount to the higher public token sale price.

This leads me to announce two new offerings:

Seeing the demand for access to great early token sales, we launched ARK Syndicates. We provide access to token allocations to our network alongside our own capital in a portfolio of companies raising money with either utility tokens or the newer and (we think) the even more exciting security token structure. We charge a fixed management fee on top of these deals, manage them through SPV’s and distribute the tokens to the equity holders upon their release to the public. Current & recent deals include 500 startups’  22xFund, TELEGRAM, Blockchain Terminal and Guardian Circle. Our upcoming syndicates include  Omega. One, Menlo and ABL to name a few. Email us or go here to register for the whitelist.

All of this is in service to our longer-term aim, which I’m pleased to announce that we have decided to raise our first investment fund: ARK VC Marissa, Rich and I have spent our careers focused on helping early-stage businesses grow and raise capital. ARK is a natural extension of that work. ARK is structured as a hedge fund, to enable (a) active trading and post token sale portfolio management, (b) leverage the access we have to early-stage equity investments, (c) share the discount token pre-sales on exclusive deals, and (d) provide a platform for our growing network of algorithmic and active traders.

We believe our fund will be the optimal way for investors to get diversified access to the most interesting and promising opportunities in the emerging cryptocurrency asset class. More details are available at www.ark-vc.com or give me a ring or an SMS or hit us on Telegram. 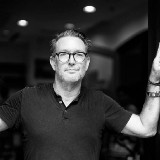 Richard Titus
CEO, Yogi, Serial entrepreneur, raconteur, coach, advisor and sometime filmmaker.
Like
Like this Article
Currently there are no comments for this article. Would you like to be the first to write one?
Tags
Blockchain
Recommanded Articles
HashLand Universe
Dec 7 · 2056 Views
Meet STAMPSDAQ: Collect, Play and Earn Crypto Stamp-Art NFTs!
Dec 8 · 1748 Views
Alien's Farm — DeFi Alien Base for Swaps And Farming in The Tezos Ecosystem
Dec 13 · 1264 Views
Login With Unstoppable, Receive A Special Grant of $12k
Dec 13 · 1612 Views
Notifications
Homepage
Topic
Dapp Ranking
Get $30 Fee Voucher
Earn Crypto
Register
Log In