On a bi-weekly basis, Q (the dapp lead at Sutler Ventures) will release his latest rankings of dapps within the IOST network. The list includes a ranking from A-F (A being best, F being worst). Users are encouraged to forward dapps they believe should be reviewed and ranked, as well as comment on the existing rankings.

*None of the following content should be construed as financial, investment, legal, or any other type of advice. Users should do their own research before interacting or investing in any type of blockchain/cryptocurrency project.

+1 IOSTPlay - There’s a new #1 on the IOST network. IOSTPlay is making moves with the launch of their Servi Node and subsequent rewards program. Pair this with the consistent 7d volume ($2.26M at time of this article) the platform is receiving and you have the new torch-bearer for our ecosystem. Congratulations to the team!

Last week: IOSTPlay moves up one spot this week after it’s the implementation of dividend payouts and once again overtaking Endless Dice in 24h Volume (36,000,000+ IOST). This lead change has happened several times before, so it remains to be seen whether the platform can maintain a consistent edge in the all important metric of volume.

-1 Endless Dice - Being dethroned as King is usually bloody business (just ask Danerys), but EndlessDice is still poised to be in the running for the #1 spot for the foreseeable future. The platform still owns the highest 7d DAU by a wide margin (2.7k+ more than IOSTPlay at time of article). I would also like to see communication be more consistent, as the latest Twitter update from the team came exactly one month ago.

Last week: Endless Dice remains in our top-spot this week due to the team’s stranglehold on 24h Users (6,000+), as well as the addition of OnBlock’s integration to the platform. Their position at #1 seems to be solid (for now), but at least one other dApp is hot on their heels...

TokenPocket - TokenPocket maintains its title as the #1 wallet option on the network. I have personally staked through TP’s interface and had no issues claiming rewards, and accessing dApps through the dashboard is as easy as it gets. Our team did meet Cobo Wallet during NYC Blockchain Week, so expect to see wallet competition on the next Tier List...

Last week: TokenPocket falls one spot this week, but it still remains the best wallet option on the market. Will OnBlock’s integration into IOST cut into TP’s user acquisition and retention?

iWallet - iWallet stays put this week and remains my go-to wallet for accessing IOST dApps via desktop. My OnBlock prediction from last post will have to wait until we receive data on the usage of both wallets.

Last week: The chrome extension wallet maintains its B tier status because of its current integration into most dApps within IOST. However, there is a possible scenario where OnBlock’s integration could be favored by the IOST Team and therefore could completely replace the iWallet given enough time.

NEW Liebi Pool - From the team behind the Liebi Servi Node, Liebi Pool is being launched and touted as the “first DeFi project on IOST”. Voters are able to exchange IOST for the platform’s native token VOST (1:1), which allows for access to features such as no lock-up requirements and automatic dividends. I’m staking 10,000 IOST to the pool to be eligible for the airdrop event (snapshot on May 29, 2019), and will report back with my experience as well as reward details.

+1 IOSTVoter - Speaking of Liebi...we spoke, and the team listened. Actually, it was coordination between ICAC, Liebi, and other community members, that led to a more transparent voting dashboard on the IOSTVoter platform. Kudos to the team for putting the health of IOST before their own desires, a one spot upgrade is in order!

Last week:  A voting tool created by the team over at Liebi, IOSTVoter allows you to explore all of the elected Node candidates within IOST as well as manage your votes for those candidates.

The problem? Transparency. It essentially only highlights Liebi and their partners and provides the user little context as to how the nodes are listed or ranked. A “fair and detailed” list of all nodes and their contributions would be great for the community, this just isn’t it, yet...

+1 GAMEADC - The team over at GAMEADC is improving their platform with the addition of a Blackjack game, and 24h users and volume have increased. Consistent growth is needed, but as it stands now, the platform will run into the same long term issues that face (most) gambling dApps with mining incentivizes.

Last week:  In the Battle of Your Average Gambling dApp, GAMEADC narrowly beats out Mango Dice due to it having two games and a 127,000 IOST (24H Volume) advantage. Not a bad place to start your introduction into our dApp Tier List, but looking forward to more from these two teams going forward….

-2 IOSTJoy - IOSTJoy falls two spots this week as the interface issues we mentioned in prior lists seem to have caught up to the platform. They are sitting anywhere between 1-3 DAU based on what dapp explorer you are using. Hopefully, the team continues to tinker with the product and works to release new features in the near future.

Last week:  I might concede I was a little harsh on IOSTJoy the first go around. After interacting with the dApp again, I did not encounter any latency issues. However, the dApp has some major UX/UI issues that affect gameplay and must be addressed before they can rise in the near future. Better explanations for what the rules and stakes are in each arena, as well as a live ticker of how many users are in each arena at a given time would go a long way...

Mango Dice - Mango remains in the rear of C-tier and with low DAU/Tx/Volume stats they will likely fall if no upgrades come to the platform.

Last Week: Mango falls one spot, with the addition of their Sicbo game as the only notable platform update. Still struggling with 24U/24V.

Cell Evolution - No updates. No volume. No users. Will likely fall without major updates.

Last Week: At the end of the day, Cell Evolution just isn’t very entertaining, and it’s managed to retain zero users from the initial hype of being one of the first dApps to launch on IOST. Pair that with Chinese text still appearing in critical areas of the platform and you have a recipe for a D-tier dApp.

NEW Liar Game - I’m willing to give Liar Game the benefit of the doubt for the next month, as they are already integrated into the OnBlock platform and therefore might carry more weight than I initially thought. To me, the rules of the game lend themselves towards being pyramid scheme-like. I will do more research on the project and update my next Tier List rankings accordingly.

IOSTROI - Still a Ponzi. Will likely be removed from the Dapp Tier List rankings imminently.

Last week: Just calling a spade a spade here, this is a blatant Ponzi scheme.

Zach Quezada
Dapp Lead at Sutler Ventures, the leading US-based node on the IOST network.
Like
Like this Article
Currently there are no comments for this article. Would you like to be the first to write one?
Tags
Related Products 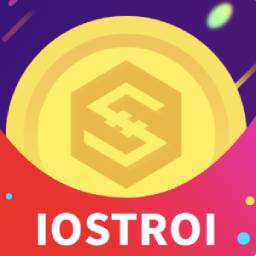 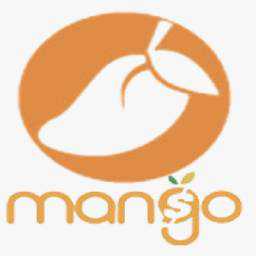 LiarGame
Recommanded Articles
[AD] 日本限定シークレット・トーナメント
Jul 7 · 2382 Views
Dapp.com Integrates Tracking of WAX, The Most Watched Blockchain for NFTs and Games
Jul 8 · 5457 Views
Your Opinion Matters, So Store It Safely On-Chain And Earn From It
Jul 9 · 6313 Views
How To Explain Bitcoin Is Not A Scam To Your Parents
Jul 13 · 6070 Views
Notifications
Homepage
Topic
Dapp Ranking
Get $30 Fee Voucher
Earn Crypto
Register
Log In