On a bi-weekly basis, Q (the dapp lead at Sutler Ventures) will release his latest rankings of dapps within the IOST network. The list includes a ranking from A-F (A being best, F being worst). Users are encouraged to forward dapps they believe should be reviewed and ranked, as well as comment on the existing rankings.

*None of the following content should be construed as financial, investment, legal, or any other type of advice. Users should do their own research before interacting or investing in any type of blockchain/cryptocurrency project.

All Hail the New King!

Just a couple weeks after making it into A-tier, iWallet vaults into the #1 spot due to a new version (v0.2.1) release that now supports almost every token on the IOST chain. Pair that with a key misstep by IOSTPlay and you have the ever-so useful chrome extension taking the throne.

The IOSTABC team is getting into the Emogi token ($LOL) airdrop game as well. The initial details state that holders of the ABCT token will receive a portion of a total of 100,000 LOL and 400,000 additional LOL will be airdropped to holders at TBD dates in the future.

The IOST Dapp Incentive Project is the latest release from the Token Pocket team in their effort to contribute to the growth of the network ecosystem. This project establishes that 30% of the teams quarterly contribution will now go towards funding decentralized applications on the IOST Network.

There’s a LOT to unpack in the latest saga that’s seen IOSTPlay fall from the #1 spot on our rankings.

In summary, a user (identified as @realgeniusmoney) was able to exploit a flaw in an IOSTPlay platform contract, whereby he was able to bet more than the max bet size (4% of the total prize pool) and in doing so won a large sum of money. Upon realizing that this exploit was being targeted, the IOSTPlay dev in charge of the back-end code (who was eventually fired for not catching the exploit to begin with) edited the contract to not payout winnings to this single user, leading to the user then losing funds as he continued to bet.

By the time the ordeal was over @realgeniusmoney had walked away with an estimated $17k, but claimed that IOSTPlay had been wrong in labeling him a hacker and that the team had effectively stolen money he had rightfully won. This led to a smear campaign of IOSTPlay (and eventually IOST itself) that seemed to be closely tied to another competing gambling platform on the Tron network.

My belief is here is that IOSTPlay is firmly at fault for having the exploit available to begin with, but that there are enough insidious details around the user himself that lead me to believe he was not simply a victim in this case. Statements from multiple members of the community claim that the two sides have come to an agreement on the ordeal.

Volume and users on IOSTDEX have both picked up over the last 30 days, where over that same time period other dApps have struggled to maintain their hold on those metrics. In a recent meeting Mei, the Marketing Director of IOST, told the node community that the IOST team does not plan on creating its own decentralized exchange platform, clearing the way for IOSTDEX and other third-party platforms to succeed.

IOSTWin has shown solid growth over the past month, increasing volume almost 3-fold in that time. The metric of $3,319/user (7d) seems a little high, indicating that several players are likely being bankrolled to keep volume levels high. This is not a problem for stakers, as most any volume is good volume, however, that $/user needs to decrease to indicate good health over the long term.

There’s something to be said about active and transparent teams in the early days of our industry, and IOSTVegas has just that. They have consistently participated in AMAs and done multiple giveaways via their Twitter and Telegram channels. Look forward to seeing how they can grow in both users and volume.

Speaking of great teams, I can’t wait to see what’s in store for BlockArcade in the coming months. They have cranked out a partnership with Metanyx, an airdrop of the platform’s native token $TIX, and a listing on IOSTDEX, all in the past couple weeks.

Sidenote: I was one block away from hitting the major jackpot this morning on Stackwave….so close!

From the last post: It’s looking more and more like CoboWallet is positioning itself as a staking pool dapp, where users can use their dashboard to discover new staking opportunities and vote for Cobo’s node/validator on that network.

Liebi Pool
Seems that APY is back above 24%, up from 15% a couple of weeks ago, although I don’t understand how that is the case as volume has only decreased over that same time. Instant unstaking is a great feature, however, I was notified recently that OnBlock has the same service without a large fee.

The once shining dapp of IOST is fading quickly, with volume down 82% in the past 7 days, mirroring the demise of its EOS and TRX operations. It’s important to note that this may be a calculated end to the dapp as some of the former team members have already moved to Emogi ($LOL). If this is near the end for the Endless platform it served IOST well during and after mainnet launch.

From the last post: HeroRats is an (aptly-named) gaming dapp who splits a portion of profits with a charity foundation (Apopo) that helps countries suffering from large quantities of still active landmines to raise money for trained poached rats that are then used for their heightened senses of detection. Currently, the platform offers Minesweeper (of course!) in varying degrees of difficulty where you can bet and win based on completing the map. Also of note, it is technically the first dapp on IOST that supports PayPal AND Credit Card payments. Check out this announcement for an in-depth look at HeroRats.

A lending and borrowing platform needs consistent volume to maintain relevance, so Guppy's moves down my rankings...for now. The team runs enough promotions to keep the communities interest peaked at certain times, so volume will certainly return to the platform. Keep an eye out for when these promotions run to earn % interest on your IOST (not investment advice).

From the last post: The IOSTVoter tool, also from Liebi, seems redundant. There are other (better) options for viewing and voting for BPs on our network.

It seems that GAMEADC’s time has finally come. The platform put up a tough fight but it couldn’t carve out any market share for gambling on  IOST.

Rage, rage against the dying of the light, MangoDice.

Zach Quezada
Dapp Lead at Sutler Ventures, the leading US-based node on the IOST network.
Like
Like this Article
Currently there are no comments for this article. Would you like to be the first to write one?
Tags
Related Products

IOSTPlay
3.7
Main Network
Play and profit on the IOST blockchain!

Endless Game
0.0
Main Network
The most popular game on IOST. 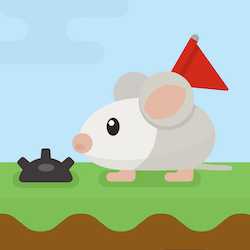