Under Siege Interview with Ether Kingdoms

Looking at many strategy games out there on our dapp market an impish game known as Ether Kingdoms has sparked our curiosity. The game seems rife with mining, fighting, castle building, quirky features like IMPS having their own pets.

Tell us a bit about your team and projects that you have worked on in the past.

Hey everyone, I’m the Chief Implementation Officer for Ether Kingdoms, aka Mopsik, aka Vladimir Goldberg.

We are an anonymous team of developers out of Moscow, Russia. Yes, I know, that sounds like we’re those guys you’d never give your money to, but our anonymity actually makes us work harder—we constantly have to improve our product and stay in touch with our players. If we don’t, no one would trust us and we’d end up nowhere.

Our project didn’t start with an ICO or any type of public fundraising. We financed it fully ourselves, with the team consisting of ten people.

We were initially inspired by masternodes and coins that can be mined over time, such as Elix. Many similar coins popped up during 2017, and they all had one thing in common—there was no actual use for them, except for speculative purposes.

As we were looking for a way to make a utility coin with interesting mining, we figured out that the best approach would be to make a game. So, the IMP token was born.

What are some of the biggest challenges that your team faced developing Ether Kingdoms and how did you deal with them?

When we were working on the Ether Kingdoms concept, when the first blockchain-based game, CryptoKitties, was at the top of its popularity. So, we initially thought of making a game that ran completely on the blockchain.

We looked at this concept from every which way but eventually came to the conclusion that it would need to be a game based on a hybrid architecture. This means that all the game's logic is implemented via our servers, while smart contracts are used only to deposit-withdraw tokens into-out of the game, and buy-sell IMP for ETH. As such, Ether Kingdoms isn’t a blockchain game, but rather a tokenized browser game.

This approach lets us implement any features into the game without worrying about how quick can this or other chain-links function at any specific moment.

You may think that not having the game run only on the blockchain would create trust issues, and we did too when we first came up with this idea. But as it turns out, the fact that the project isn’t fully running on blockchain isn’t an issue. Even truly blockchain games, such as the already mentioned CryptoKitties, don’t validate all their contracts on EtherScan. Meaning, they keep their architecture closed. People trust the developer’s reputation much more than the blockchain.

Another challenge we faced was the airdrop. I think this was the most unrewarding thing I’ve ever done. Everyone wanted to grab the bigger piece of the pie! We wanted to ensure that only real people could participate in the airdrop, but it turned out that it’s nearly impossible to avoid bots. Even IP bans didn’t help. On the contrary, they caused even more confusion. In the end, we decided not to hold any more airdrops and just allow for twenty minutes of free play at the beginning of the game.

There were many smaller challenges since we released the project six months ago. For example, the night before release, our front-end developer broke his arm and ended up in the hospital. I had to do all the JavaScript corrections myself, although, that’s very much outside the scope of my responsibilities. We deal with everything as a team and face every challenge as another way to grow.

How does Ether Kingdoms appeal to mainstream gamers?

When we first released the game, we didn’t target gamers, but rather the wider crypto-audience. These are the people who are interested in cryptocurrency and its evolution. Those, who are likely to have small sums of BTC/ETH stashed away.

What do we offer them? We want to show them that the alt-coin world doesn’t end on Ethereum or scam ICOs. It’s much more exciting to play around with a gaming alt-coin than religiously look at CoinMarketCap in the hopes to find (and choose well) that next to-the-moon project.

By the way, as it turns out, the gaming and cryptocurrency audiences overlap quite a lot.

What do new players need to start playing Ether Kingdoms?

All you need to start playing our game is MetaMask. We try to make it as simple as possible for people to enter the Ether Kingdoms world. In our most recent update, we also introduce a new feature, which will let people try out the main gameplay (PvP battles and mining) without having to buy tokens.

Mining and Castles are essential in Ether Kingdoms. Could you share with us how players can maximize their earnings and become stronger?

There are different moneymaking strategies in the game. The less risky one, but also the most boring one, is to purchase 11,000 IMP, spend 500 to upgrade yourself to 100th level by participating in PvP battles, and another 500 to upgrade all mines to the top level. The remaining 10,000 IMP can be spread throughout the mines to bring you profit. And then you can just forget about the game.

An alternative is to buy artifacts on OpenSea and make IMPs in PvP battles, by polishing up your skills and taking coins from the best players out there. This is fun—you can listen to other players complain in our Telegram and enjoy your victories. Some players also make money by participating in Leaderboards, where we give out 10,000 IMPs every week.

How does PvP work, are the battles turn-based? Or are they open battles?

We’ve always had PvP battles in the game and have recently added an option of multiple PvP fights, which activates the battle opponent search mode. If you can’t find an opponent right away, you can turn on this mode and do other things—the game will find someone for you to battle and you will be able to enjoy the fight’s replay.

We currently match opponents based on their level (every 10 levels), but we're working on improving the matching system in the future.

Can players join clans to increase the odds of winning during PvP battles? Are there other strategies that can help them to win?

Not yet, but we’re working on it. We’re planning to introduce clans by the end of this year.

Artifacts sound like a game changer. How easy is it for players to get them and how much of a difference can they make?

Artifacts affect your characteristics in PvP and boss battles. The most expensive artifact was sold on OpenSea for 3 ETH. From level 100 and on it’s almost impossible to win in a PvP battle without an artifact.

The easiest way to get an artifact is to purchase it for IMP in the Castle. You can also win artifacts when you win prize places in Leaderboards.

With new games coming out without loot boxes, why did you decide to include them in Ether Kingdoms?

Currently, we sell loot boxes for IMP and are planning to introduce a loot-box-for-ETH option in the upcoming update. This is beneficial for the ecosystem because selling loot boxes for IMP helps us lower the inflation rate due to mining while selling them for ETH will allow us to reinvest profits into marketing and further development, attracting new players that are buying tokens on exchanges and raising the token exchange rate.

We don’t treat loot boxes as a form of gambling even when the player has very small chances to get a good artifact. Our players always know what they are paying for when buying Ether Kingdoms loot boxes.

What incredible features can Ether Kingdoms players expect to see in the future?

This week, we will introduce the first global boss. Players will need the entire server to try and kill him!  Before the year is over, we want to implement a ton of other features, such as clans, new matching system, brawl, and many others.  At the beginning of next year, we plan to develop and release the Ether Kingdoms mobile app.

Right now, we are just concentrating on exciting and engrossing gameplay, since the market’s trend has moved away from blockchain games and is now oriented more towards skill-based games, where players can make money. The wider audience wants to see the “game” part in crypto-games, and not just collectibles. We want to be the leaders in this movement.

With this mind, the Ether Kingdoms team wants more of you to join their rank and help the community grow. To make this happen from November 5th to November 8th they are giving away Dapp.com IMP Chests to only 10 lucky winners. Interested? 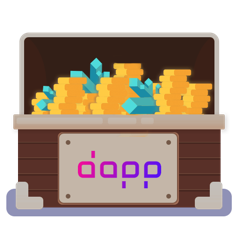 The rules are as follows:

The winners will be chosen randomly and announced on November 12th. 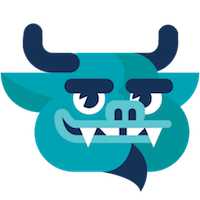