Trust Issues in the Online World

Many centuries back our interactions were limited to people around us. Today we interact with social media memes, news articles, international politics, pen-pals, and many other things on the internet. Trust has become an important issue. Trust is high with people near us as we know them for a longer time. But how should we trust sources on the internet? And how can we avoid exaggerated news and data manipulation by companies like Google and Facebook?

The Prisoner's Dilemma, a classic concept in management studies that can be used to explain Trust. It has even been applied by the Joker in the movie "Dark Knight".

For someone who doesn’t know about the concept, let us explain it for you:

There are two thieves, say A and B, arrested by police and who must decide whether to confess or not. A gets three years in prison if B commits the crime and gets one year in prison. Similarly, B gets three years in prison if A confesses and gets one year. If both of them commit the crime, then both get two years of prison time. If both A and B didn't blame each other, then both of them can escape.

The Prisoner’s Dilemma concept has many variations. One was implemented as a game by Nicky Case — The Evolution of Trust, a game of why and how we trust each other. The other one was modified by Agnel Vishal from Sarchy and he put the game on the Ethereum Blockchain.

Trusting Trust is 5-minute "psychology like" game, a game about when and why we should trust others. 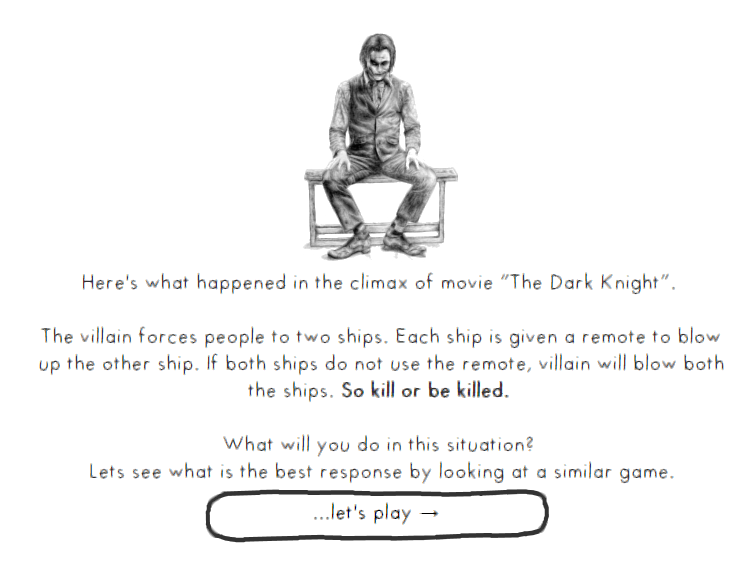 First of all, you need to set up the game: 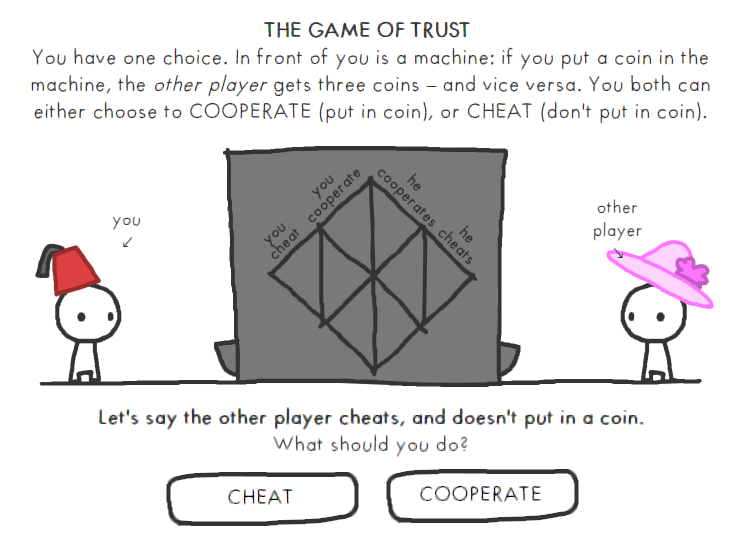 In the game, you will be given seven rounds. In each round, you have two choices: Cooperate and Cheat.

Pro tip — Out of the two options, cheat and cooperate, one option is better than the other one.

Cooperate is hard, but do you really want to cheat? It’s your call. 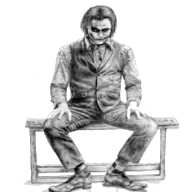 Trusting Trust
0.0
Main Network
It is a psychology like game.