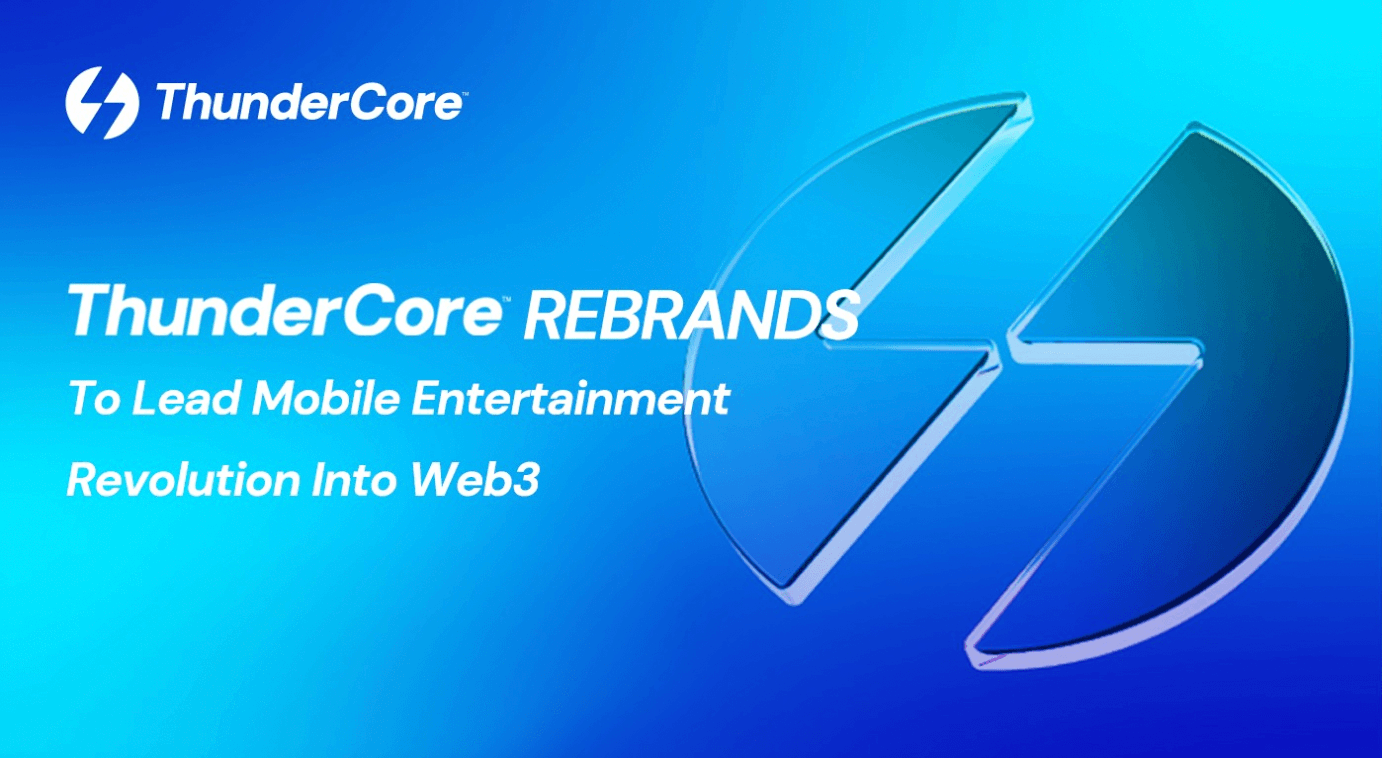 ThunderCore is celebrating our incredible progress during the first quarter of 2022 and setting the tone for the rest of the year by revealing our iconic new rebranding. In Q1 2022 we made great gains in our quest to bring the world of Web2 to Web3, in particular mobile entertainment through GameFi, SocialFi and Metaverse innovation. Our new logo refreshes our visual identity and encapsulates this transformation.

In this recap, we take a look back at our latest achievements and developments and share with you what’s next in the pipeline for ThunderCore.

A brief history of ThunderCore

Founded by wunderkind engineer Chris Wang in 2017, the ThunderCore mission has always been about a belief in blockchain technology’s power to radically alter the lives of people for the better as the world begins to put more faith in decentralized service providers as well as transparency.

ThunderCore Mainnet was launched in 2019, which is one of the earliest EVM-compatible public blockchain with little people considered important at that time. With the leading concept, ThunderCore is one of the first to totally embrace EVM compatibility, almost all existing Ethereum tools work directly, including Metamask, Truffle, Remix, etc. and making all DApps to port on ThunderCore easily without effort.

In the crypto race, user adoption matters more than vanity metrics. With the blessing, nearly half a million monthly active users (MAU) on our flagship product, TT Wallet, we now have more unique active wallets than high-profile blockchain competitors like Avalanche, Tron, Fantom and Harmony, and similar to Solana. Our platform’s native currency, ThunderCore (TT), powers the network.

How ThunderCore solves the blockchain trilemma

ThunderCore is an ultra-secure and high-performance public blockchain focused on sustainably solving the so-called blockchain trilemma, which states that when choosing between scalability, security, and decentralization, one of the three must be sacrificed.

The ThunderCore network uses the groundbreaking PaLa consensus protocol, enabling speeds of over 4,000 transactions per second (TPS), confirmation times under 1 second, and gas costs under a fraction of a cent, all of which aid the goals of scalability, decentralization and security.

Since 2019, ThunderCore has built a very vibrant ecosystem without any security issue, including multiple bridges, decentralized exchanges, stablecoin exchanges, oracle, NFT marketplace, multisig wallets, GameFi and credit market, etc. Until now, ThunderCore has crossed a number of major milestones in 2022. These include TT Wallet hitting well over 400,000 MAU, reaching international users in over 190 countries, achieving a block height over 97 million, getting to over 326 million total transactions.

Our launch of the Iris network upgrade for our mainnet has been another major accomplishment achieved as of late. The new upgrade ensures that porting DApps from chains like Avalanche, Ethereum, Polygon, and BSC is easier than ever. It also guarantees that our EVM-compatible blockchain is completely up to date in its interoperability with Ethereum’s Solidity programming language.

Our team believes that in the future, Web3 elements will be seamlessly integrated into the Web2 world, and we’re inspired about the possibilities of bringing decentralized elements over into the existing Web2 architecture.

In addition, we are very bullish on the prospects of mobile entertainment in Web3 as the technology is accessible to a vast user base, which led us to create our mobile SDK. We are also building durable partnerships with NFT marketplaces as well as in the SocialFi, GameFi, and Metaverse spaces, with a particular interest in entertainment, since fun and games are likely the best way to onboard users from Web2, in particular from mobile apps focused on entertainment.

We have big plans for the rest of 2022, and with our Iris Fork, full-EVM-compatibility, ThunderCore Launchpad, and $10 million Developer Growth program, we’ve made it even easier for developers to develop in or port their DApps to the growing ThunderCore ecosystem, where they will find a blockchain that is ready to break into the absolute top tier of crypto projects over the next phase of our growth.

With our fresh new look, we’re excited to share with you our “ThunderCore Blue”, a contemporary color that represents open space and freedom for users making the journey into Web3.

For developers, we see the color as representing limitless imaginative possibilities, like what you might feel when you gaze into the cloudless sky on a sunny day. The gradient between the two shades of blue represents our belief in the smooth and seamless flow of development and user adoption from Web2 to Web3.

ThunderCore : A One Stop-Solution into Web3

A big part of ThunderCore’s mission is to provide total solutions for Web2 developers looking to make the transition to Web3. We believe there will be mass adoption of Web3 technology by seamlessly integrating Web3 elements (such as NFTs and bitcoin) into the Web2 world. We also believe user experience is the key to adoption. ThunderCore will provide API for Web2 developers so no smart contract experience and no gas fee are needed to integrate Ｗeb3 elements. We also provide mobile API so Web2 users can experience blockchain technology without complicated KYC, wallet creation, and gas fee. Users can learn later after they decide to delve into the nitty-gritty of Web3.

We’re also thrilled to have introduced our $10 Million Developer Growth Fund Program, which has $8 Million set aside for seed and operation funding as well as audit reports, liquidity, and much more!

The remaining $2 Million is reserved for media promotions on top of priority placements in the TT Wallet. We also offer support to our DApp developers in addition to operational consultancy on a wide range of commercial areas of focus. If you’re a developer and need any support, you can reach our team via Discord or click here to learn how you can apply for a grant for your project before December 21, 2022.

Perhaps our greatest strength and opportunities, however, lies in our collaborations. These can be found across a wide array of GameFi and SocialFi projects, Metaverses like Sandbox — in which we were an early investor — as well as innovative NFT platforms like OurSong, Numbers and our NFT projects with celebrities, such as DJ KAKU and the artist Van Ness Wu.

We hope you enjoyed this report on the state of ThunderCore and our growing ecosystem as we embark on a pivotal second quarter for 2022. Stay tuned!

ThunderCore is a secure, high-performance, EVM-compatible public blockchain with its own native currency, TT. With a breakthrough consensus protocol that overcomes the scalability “trilemma” called PaLa, the ThunderCore network offers 4,000+ TPS, 1 second confirmation times, and low gas fees that cost less than a fraction of a cent, giving decentralized applications security and scalability.

Currently, ThunderCore has an international user base that spans across more than 190 countries.

This is a sponsored article. 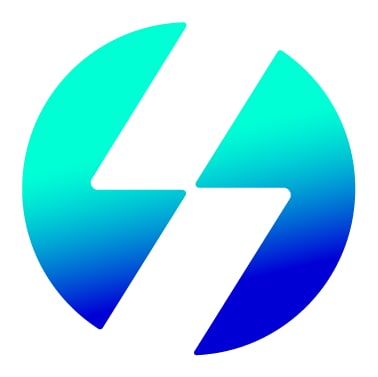 ThunderCore
Like
Like this Article
Currently there are no comments for this article. Would you like to be the first to write one?
Tags
Blockchain
Recommanded Articles
Bitcoin Social Interest Rising as BTC Breaks 38K, Any Other Trading Signal?
Jan 7 · 6498 Views
Tosdis Finance Is Taking Crypto to the Next Step - Introducing DeFi as a Service
Jan 8 · 1425 Views
Dapp.com Partnered with Fuse Network as a Node Validator - Stake $FUSE and Earn Up to 100% APY on The Growing Ethereum Scaling Layer
Jan 11 · 12799 Views
Earn up to 100% APY at the Beginning of New Year? Does Ethereum High Gas Fee Really Stop Users from DeFi?
Jan 12 · 6233 Views
Notifications
Homepage
Topic
Dapp Ranking
Token Ranking
Get $30 Fee Voucher
Earn Crypto
Register
Log In