More profitable than Axie Infinity! How does SGEM's Play to Earn 2.0 model make it?

Not sure if some of you have noticed that: it is getting harder and harder to make money in Axie Infinity.

The price of Axies becoming cheaper and cheaper, while the cost of breeding an Axie continues to rise. SLP's currency price is decreasing day by day leading a reducing income. While the arena which generates a lot of prizes is firmly occupied by the top players. Winning prizes seems impossible to ordinary players, and to add insult to injury, profit for ordinary players is going to shrink with the upcoming 1.1.0a update.

The clock is ticking for most of the players who make money by playing games. Because of lacking gameplay content, and a complete economic system to maintain the balance between output and consumption. Players are being offered less and less ways to earn. This makes the existing Play to Earn model unsustainable and being doubted about its capability. Even though the Axie Infinity team is aware of this problem, it is undoubtedly a huge challenge for them to change.

The Play to Earn 2.0 model may be able to solve this problem.

Recently, a project called SGEM has caught many blockchain game players' eyes. This project, which has taken 4 years to develop, announced its worldwide Closed Beta last week, and simultaneously released the White Paper. In the White Paper we are offered the idea of the Play to Earn 2.0 model proposed by SGEM. It is based on a design concept called “enjoy more, earn more”, showing us its possibility to supersede Axie Infinity.

SGEM is a virtual entertainment space on Ethereum based on the theme of creating digital gems (NFT) and experiencing its colorful and rich game world. In this space, game developers can connect games to SGEM, using SGEM's account and token system to link to various blockchain games and create a Metaverse where games are free to be connected. At present, the first SGEM connected blockchain game "SGEM City '' is also the first practice of Play to Earn 2.0. model.

According to the White Paper, Play to Earn 2.0 is a comprehensive innovation of the traditional Play to Earn gameplay model. SGEM City, a blockchain game based on its original "Hero + Card + Architecture" trinity strategy Tower-Defense combat model, with a rich and colorful gameplay such as strategic offensive and defensive battles, various tournaments, hero development, card collection, and home base construction. 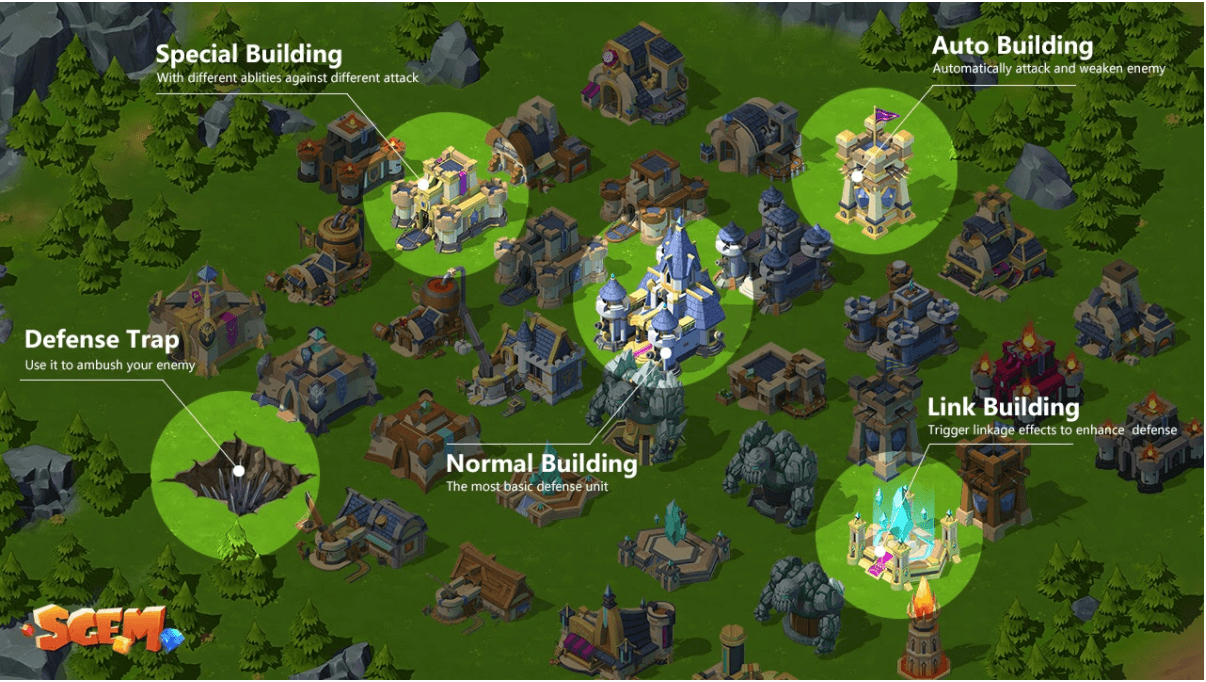 To enrich its gameplays, SGEM City artfully integrates with Token Rewards to provide a variety of profiting gameplays. This is the Play to Earn 2.0 —“enjoy more, earn more”— compared with Axie Infinity. Here comes the ways to earn in SGEM City according to the White Paper:

l  Hierarchical tournaments: There are various events in SGEM City for players to choose and to participate in tournaments based on their advantages. It is a good chance for them to earn and earn more. Like the annual, seasonal, and monthly ladder competitions, the regular free competitions, limited competitions, etc. are opened continuously throughout the year. Players have chances to play and earn whenever they are ready. This design is fairer and more reasonable, a win-win situation, compared with Axie Infinity whose gameplay is putting players in a destructive competition, only few people will get benefit.

l  Original option mining: This is a special and unique way of making money in SGEM City. According to the White Paper, winners of competitions, as well as those who meet certain conditions (such as players who participate in important project activities or improve and develop the community ), will have the chance to enter the Mining Area of the game and mine their Grade 1 token ORE with a pleased consumption — the initial release in SGEM. 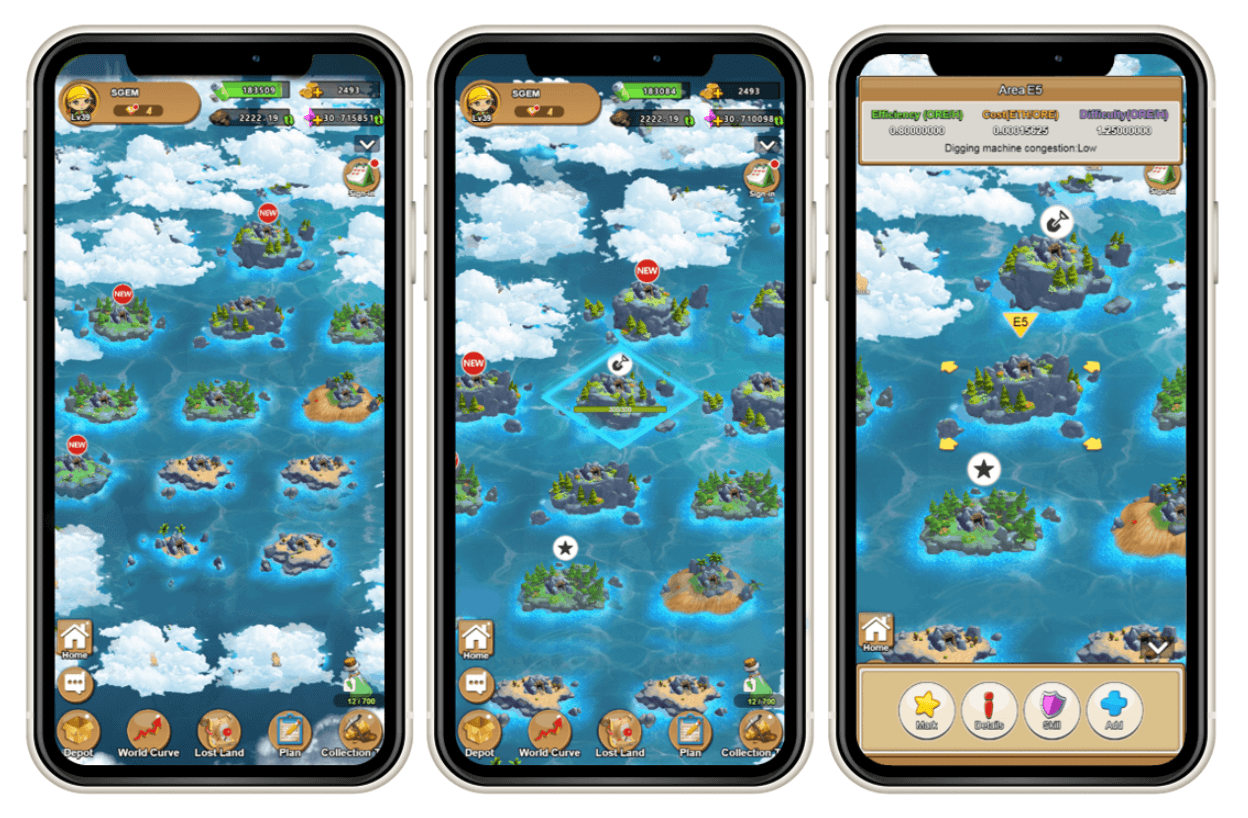 l  Daily gold farming: In the game, players experiencing single player mode, sudden strike, or other PVE gameplay, completing daily tasks, etc., can get a large number of AA token rewards which can be sold in the secondary market to make their stable income.

l  Breeding and trading: In the game, players can use any two of their Babos to breed a new one, or carefully choose two of them based on their genes, to make a combination of specific genes to breed powerful ones. Both Babos can be sold in the market for considerable income or more. Besides, players make an  investment on Babo NFT in the secondary market can also give them huge profits by buying and selling Babos when the timing is perfect.

l  Resources trading: Card making materials or important items obtained from various gameplays can be traded in the in-game market. Similarly, it gives players one more investment routes to earn more through the trading of investment materials. 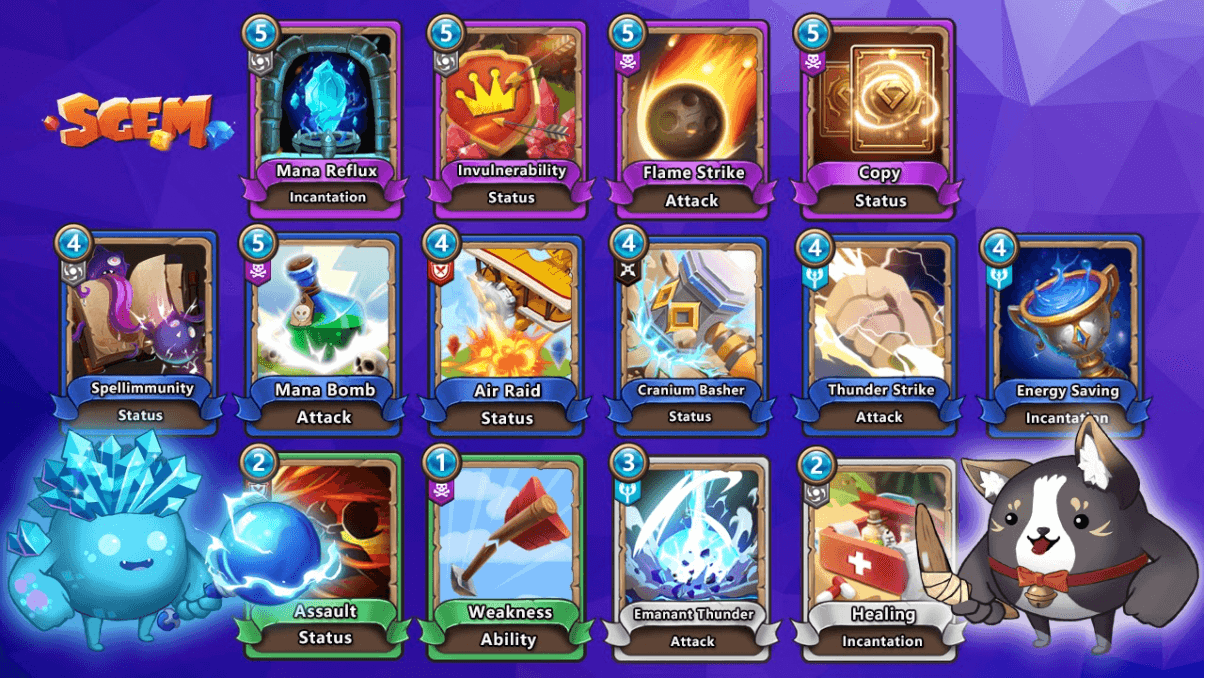 l  Staking reward: With the SGEM project processing, the team is going to launch the ORE staking mechanism in 2022. Players can get stable income rewards by staking their ORE. 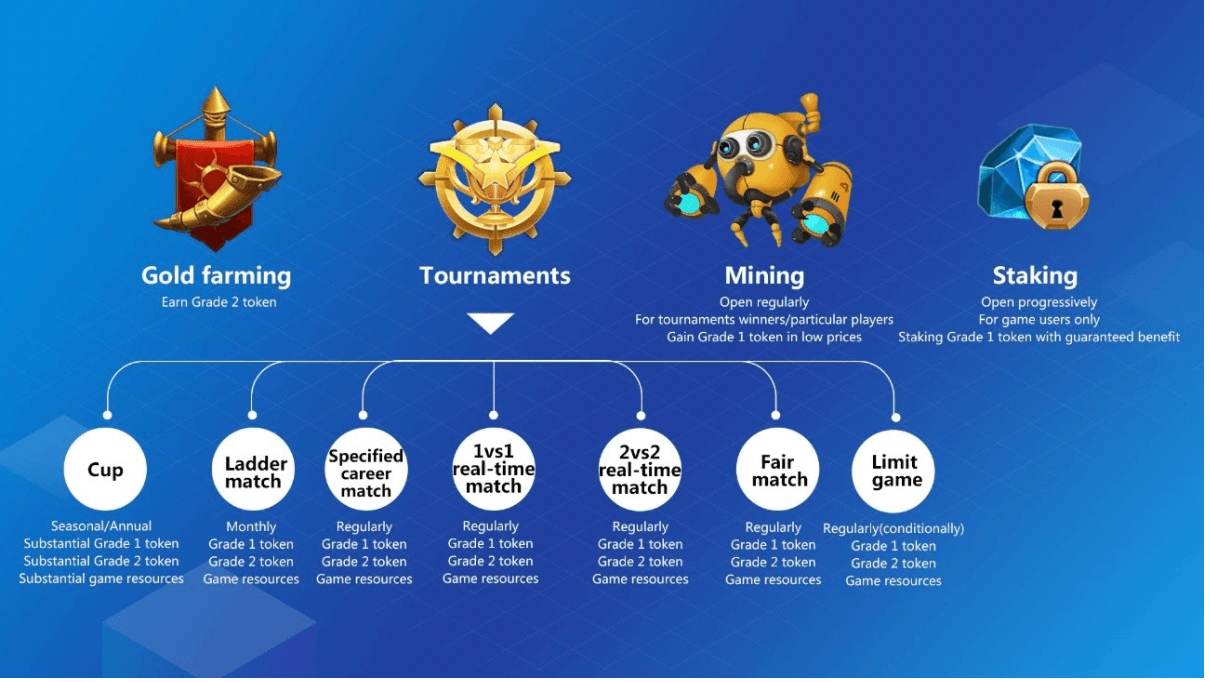 Thanks to its rich gameplay models and gameplay expanding, integrating with token rewards, the ways players enjoy, participate and earn are countless. SGEM devotes in giving every player opportunities to make more money. For different types of players, whoever and whenever they enter the game, there are always room to survive, to develop and to make money.

In contrast, Axie Infinity is now facing a dilemma: players who entered the game early are now earning less, those who enter late almost get nothing left to earn. This is exactly the drawback of Play to Earn 1.0, and precisely the birthplace of the idea of Play to Earn 2.0 of SGEM.

How does Play to Earn 2.0 run stably and continuously?

What makes Play to Earn 2.0 become a possibility and a solution is that: except what we’ve mentioned above, its sufficient depth and width of gameplays foundation and token rewards, here comes the indispensable part: a ensuring, sustainable economy system.

First, tokens, the important asset of blockchain games, determines the game assets diversity and how many ways can a player choose from to invest or to earn. SGEM has a variety of token assets, which not only brings players a rich gameplay experience, but also provides players with more opportunities to create revenue in the game:

l  ORE: ORE is the Grade 1 token in SGEM, meets the ERC-20 standard. The total amount of ORE is permanently 800 million, and the output rules are strictly following the smart contracts. ORE in SGEM has important functions such as: paid for all kinds of consumptions, used in staking to obtain regular income; in addition, players can also turn ORE into gem NFT to get greater value; moreover, users who have ORE are allowed to make contribution to the project, like developments on games, activities or functioning. 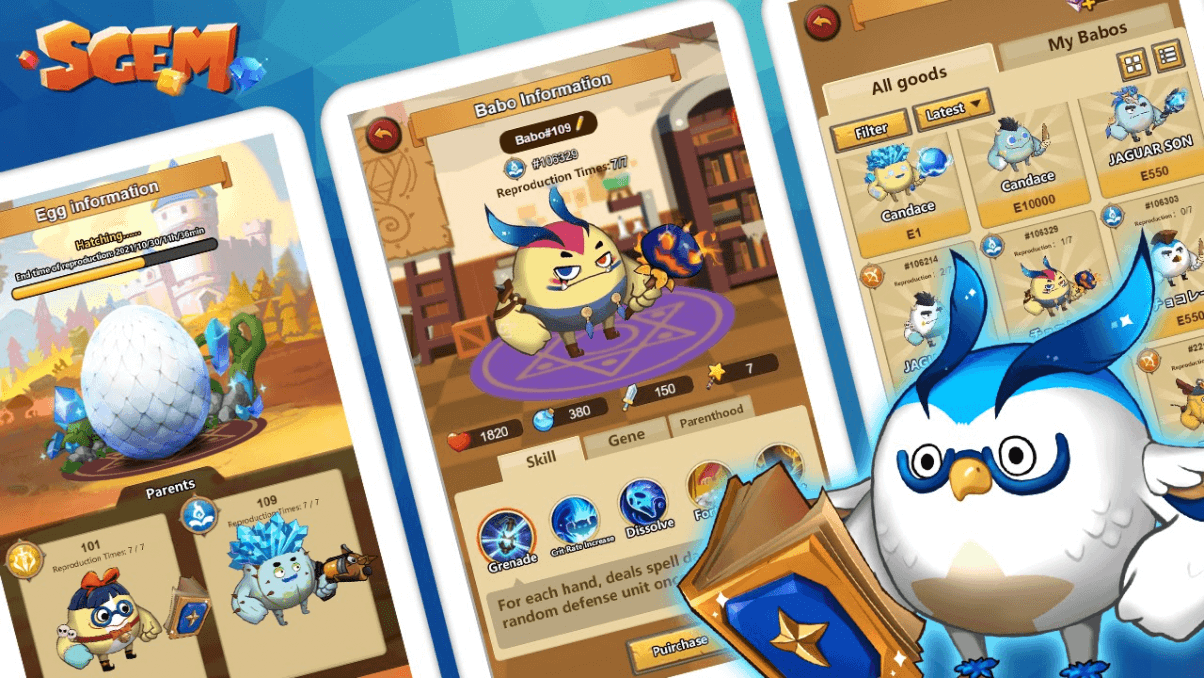 l  Important off-chain game items: In the game, there are important items player obtains through labor or purchase which are available in trading platform in SGEM.

l  More NFT: with more games going to be connected to SGEM, and the access to Gem ORE processing, SGEM is introducing a variety of important circulation token assets such as wool NFT, gem NFT, jewelry NFT and game props NFT, which bring even more choices for players to play and earn.

Compared with Axie Infinity's simple and basic asset requirement that players can only get them by purchasing, SGEM has a more diversified output mechanism on currency. The more gameplays they can choose from to obtain assets, the better chance players can get rewards or investments. It is not hard to understand that players tend to earn more on a more suitable path.

At the same time, we also noticed that the different circulation tokens of SGEM can also be converted into each other, according to the White Paper. For example, ORE can be converted into gem NFT, and AA token can be converted into ORE. To make sure game assets are available for other uses except its original ones, players can exchange them and artfully make more profit from them. Tokens in SGEM show its capacity in risk taking and preserving value.

A develop team’s distribution plan about tokens determines how much players can ultimately get in a game, how difficult the process may be , and how long it will take. In SGEM we can find out that the team has provided sufficient token output to guarantee the sustainable operation of its Play to Earn 2.0 model.

According to the White Paper, 56% of the token of SGEM are allocated for rewards and prizes, the Play to Earn rewards takes about 46%. Compared with Axie Infinity, whose only 26% of tokens are allocated for Play to Earn, SGEM is obviously more willing to give players benefits. The SGEM team takes a small amount and focuses more on making sure a sustainable and well functioned Play to Earn 2.0. This also convinces us that the Play to Earn 2.0 model can really enable players to make money for a long time, and everyone has the opportunity to earn. 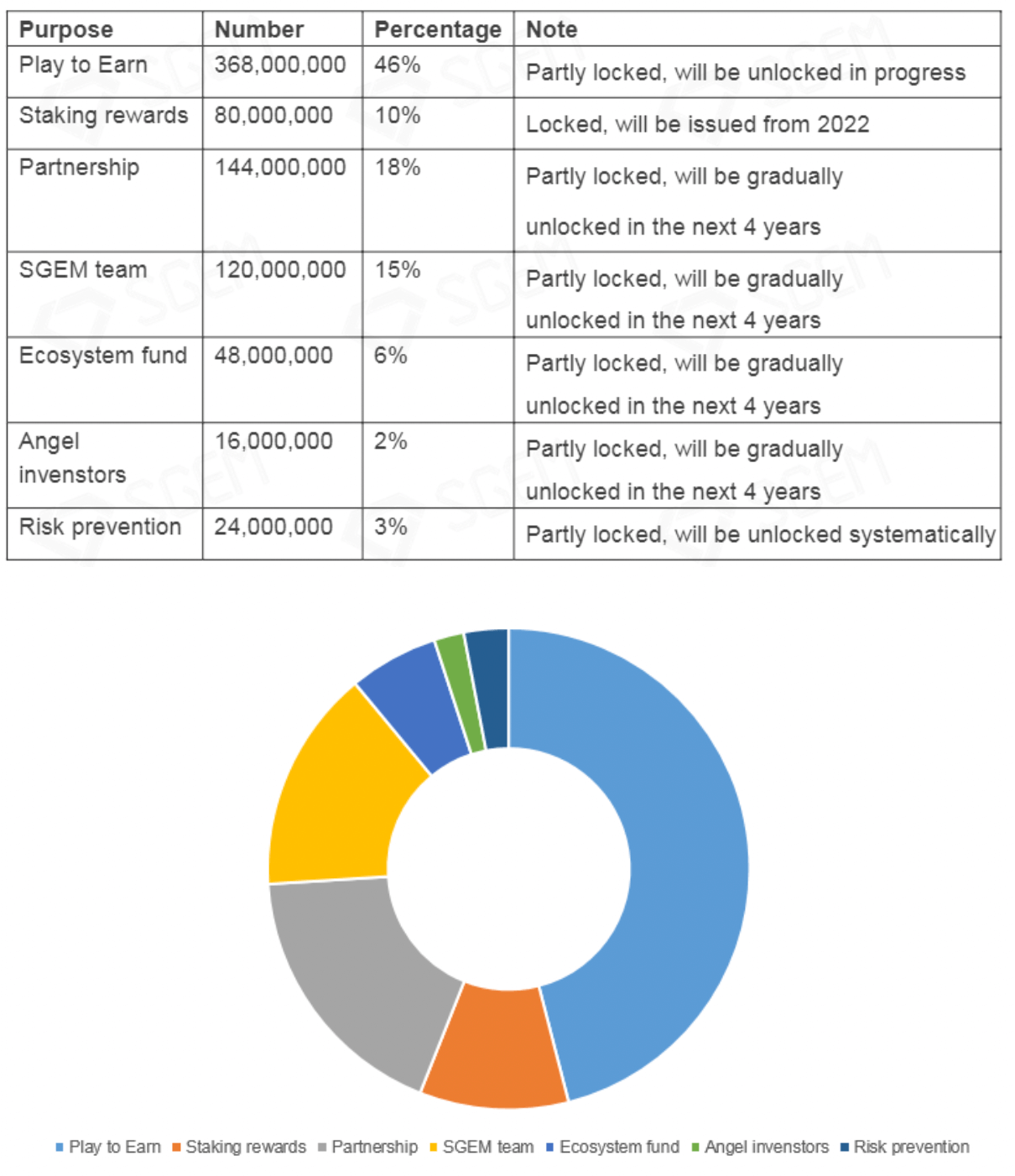 Graphs above show how Play to Earn 2.0 meets the decentralized spirit and the  blockchain technology: project side and players share the same value, and both of them are indispensable parts of the community. Players are the one who holds greater leverage, leading the community, and being the master of it.

Promoting active trading is critical to a well-functioning economic system in blockchain games. Unlike traditional games, the number of active players cannot show how thriving a blockchain game is, but the player' s transaction activity does. It even decides whether players can make money from a blockchain game. So, how is SGEM doing in this part?

Based on the rich gameplay design of SGEM City, the game creates a large and stable demand for resource transactions among players. In addition, SGEM has designed a variety of asset trading channels, actively match transactions between players, ensure the liquidity of each asset, guarantee the preservation and appreciation of the player' s assets. For example: ERC-20 exchange, which can be used for fast trading of token assets such as ORE and AA; dedicated NFT exchange for Babo NFT and future wool NFT, gem NFT and jewelry NFT transactions; dedicated game market for trading such as card making materials and important game resources players obtained in gameplays. 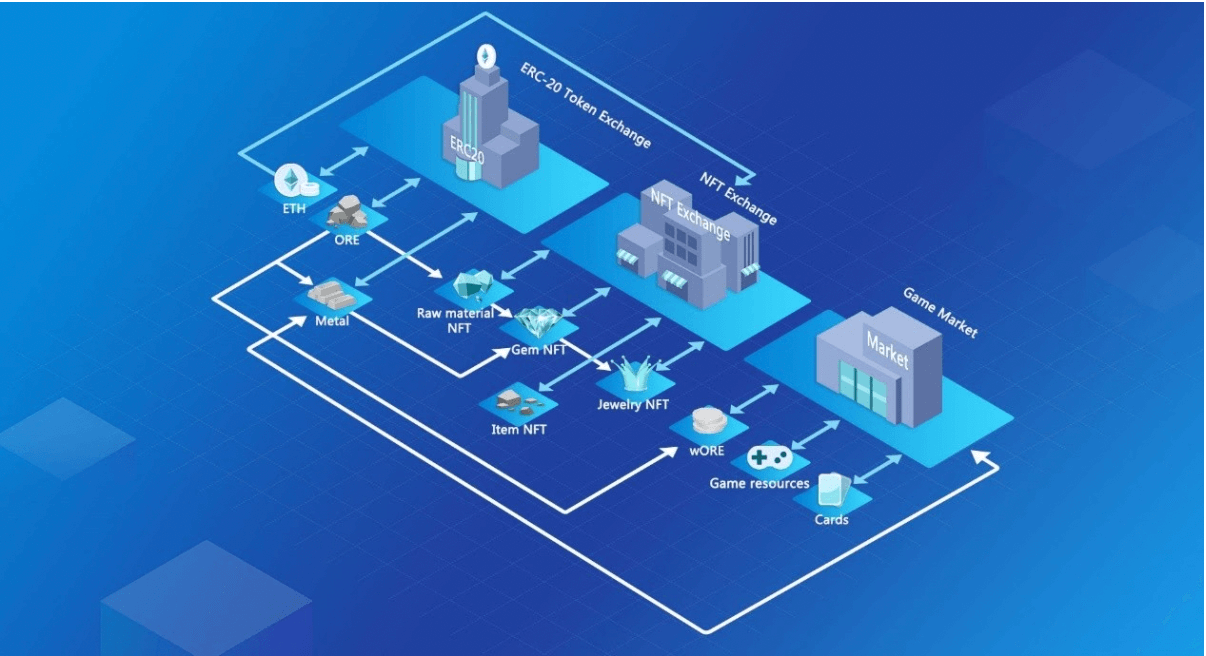 Compared with Axie Infinity, SGEM players have more marketplaces, which means more convenient in transactions and the circulation of items, and better economic circulation. And each game resource can be traded for profit, preserves game assets' value as well as players' investment. Multiple trading channels equal more investment ways. And all products available in the secondary market will become a good investment, only if players carefully find a good timing to buy in as well as sell out— which fetch more profit.

Obviously the Play to Earn 2.0 proposed by SGEM is no fantasy. The 4 years of researching and development, coupled with the meticulous and stable economic system design, have become the cornerstone of the success of Play to Earn 2.0 model, which brings more chances for players to earn, and earn more. It supersedes the previous Play to Earn 1.0 model of Axie Infinity, and completely changed the entire blockchain game industry. SGEM is now unstoppable.

These days, reception for invitation code applications has begun. According to sources, this first group of players with invitation codes can enter the game earlier with cost advantages. Anyone interested in this project can also join and get invitation code from the official Discord community. The release of invitation code shows the project' s worldwide Closed Beta is approaching. It won' t be long for us to take a good look at it.

SGEM
Introducing SGEM and how to play it and how to earn from it.
Like
Like this Article
Currently there are no comments for this article. Would you like to be the first to write one?
Tags
Games
Related Products 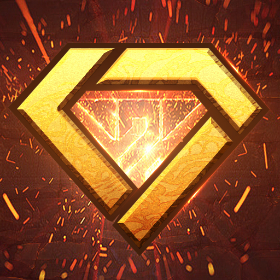