We’re rapidly moving the pendulum to more usable consumer applications, and a few companies have been really pushing the needle. Bitski announced their SDK this week and NIFTYgateway has enabled anyone to buy a NFT with just a credit card inside of their own marketplace.

I’ve also been thinking about the intersection of staking-as-a-service/consumer mining companies in the context of cryptogames — I try to answer the question: why would anyone pay more money to make less money?

Great to see this product finally come out behind the woodworks. Bitski has known from the start that usability will be one of the biggest issues with decentralized applications. Bitski is providing an alternative to MetaMask with a single sign-on.

With Bitski, as a user, you don’t need to worry about private keys. As a developer, you can deploy your contracts straight to the wallet and take in-app payments. Donnie Dinch the CEO describes Bitski as a lockbock for digital goods, as opposed to a bank (Coinbase).

Buy (any) NFT with a credit card with NIFTYgateway.

NIFTYgateway has launched their NFT marketplace, and now even your grandma can make money selling & trading NFTs. Now, anyone can buy and sell an NFT with just a credit card. Cash out in USDC — avoids the hassle of payment gateways. A minimum selling fee is in place (payment processing fee + t/x fee) to ensure selling price is not higher than processing costs.

I’m super fascinated where this ones goes — I’m a big proponent of onboarding users into the world of consumer crypto, and by enabling users to trade cryptogoods without ever touching Ethereum or downloading MetaMask is a huge step forward.

If staking as-a-service and consumer at-home-mining becomes consumerized, will companies eventually compete on brand, user experiences, or highest potential profit for the consumer? Take Coinmine for example. Coinmine takes an exorbitant amount of fees compared to other at-home mining/staking-as-a-service companies.

But these fees are warranted. Coinmine is a gamified product  -  the ultimate work-play station. Users are drawn to a beautiful interface, the experience akin to Robinhood or other applications. Users can make a ROI and bet on cryptocurrencies with no skin-in-the-game besides opportunity cost by choosing what they want to mine.

But there’s an opportunity looming in the horizon.

Mining & staking services can be bundled with cryptogaming products to create gamified experiences to earn money within games without the need to create a new token. Consumer mining and staking-as-as-service companies have an opportunity to embrace games as a marketing medium for consumers. Future profit earnings for providing work to a network can be hidden as prizes in games for consumers, encouraging them to do more work in the network.

For example, if rent-seekers like consumer-mining companies take 10% ETH as a fee for mining ETH, users will be able to “earn” back 5% by completing certain levels within a game. Hardware mining/staking devices will be able to power games and distribute various cryptocurrencies using state channels/LN throughout games and provide an additional incentive to keep mining or staking.

With this model, entertainment will slowly blend with work. But are we willing to sacrifice some additional earnings for our own entertainment? Or will we want to maximize on revenues? My gut is the former in the long run. 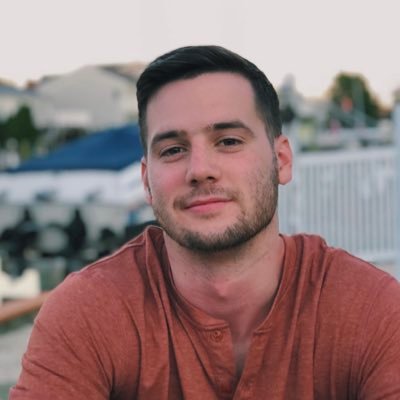 Brian Flynn
Builder and Curator of Crypto & NFTs. Editor of NFTY News.
Like
Like this Article
Currently there are no comments for this article. Would you like to be the first to write one?
Tags
Recommanded Articles
Make Auto Farm and Arbitrage Profits Together with These 3 New DeFi!
Feb 8 · 6058 Views
Social Signal Forecasted BTC Price New ATH? What Are Other Tokens with High Social Signal?
Feb 9 · 4367 Views
NFT Market Booms in Jan Again, 3X December’s, What Happened and What to Expect Next?
Feb 10 · 7398 Views
IDEA Token is Now Listed on Uniswap
Feb 10 · 473 Views
< Notifications
Homepage
Topic
Dapp Ranking
Market
Get $30 Fee Voucher
Earn Crypto
Log Out