NFT Market Booms in Jan Again, 3X December’s, What Happened and What to Expect Next?

This January, the entire Ethereum NFT market welcomed an amazing start to the new year 2021. 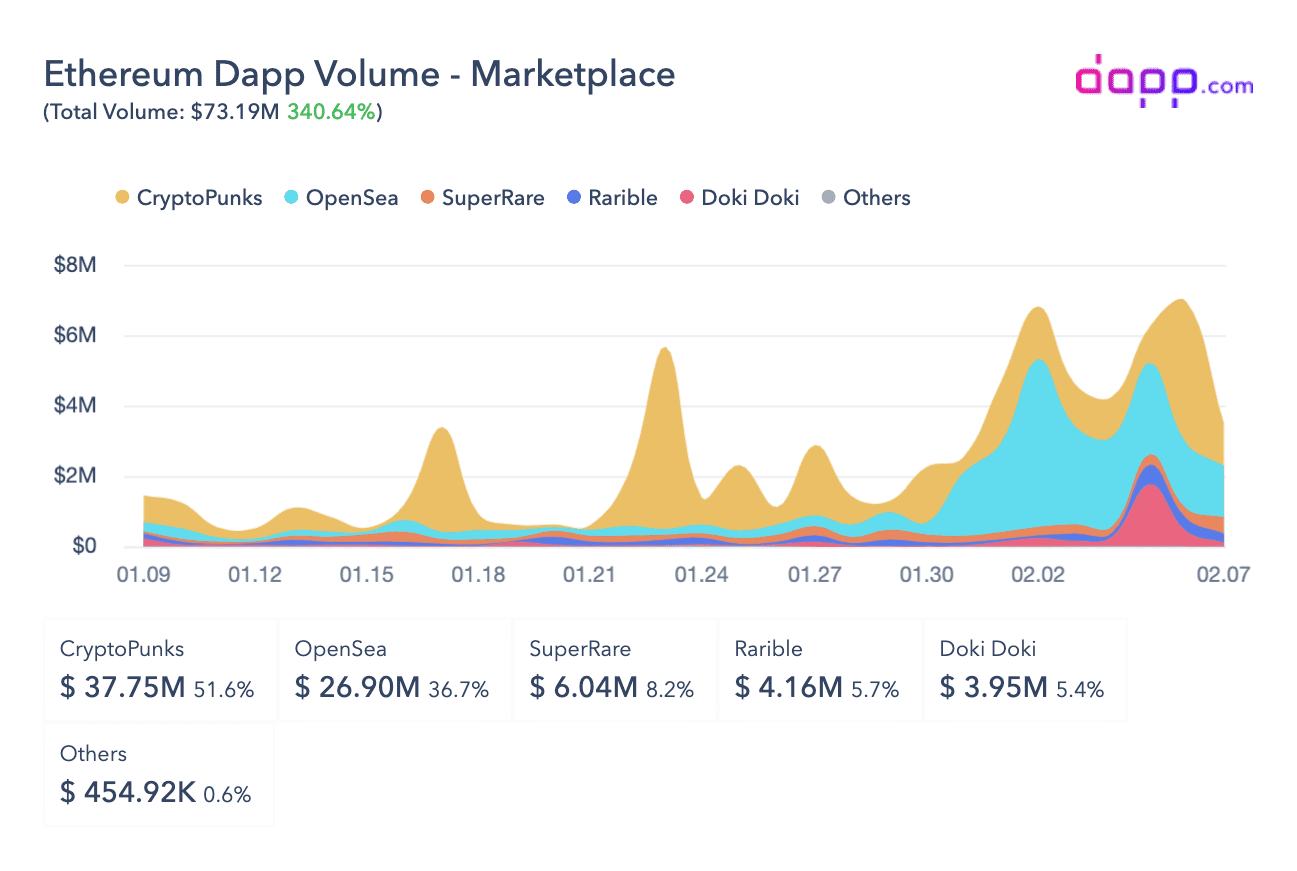 As we’ve introduced in January, an ultra-rare CryptoPunk card was sold for 605 ETH that made it the most expensive NFT at the time, worth about $750,000. The card sale obviously pushed CryptoPunk’s volume to a new high.

Then what contributed to OpenSea’s volume boom? 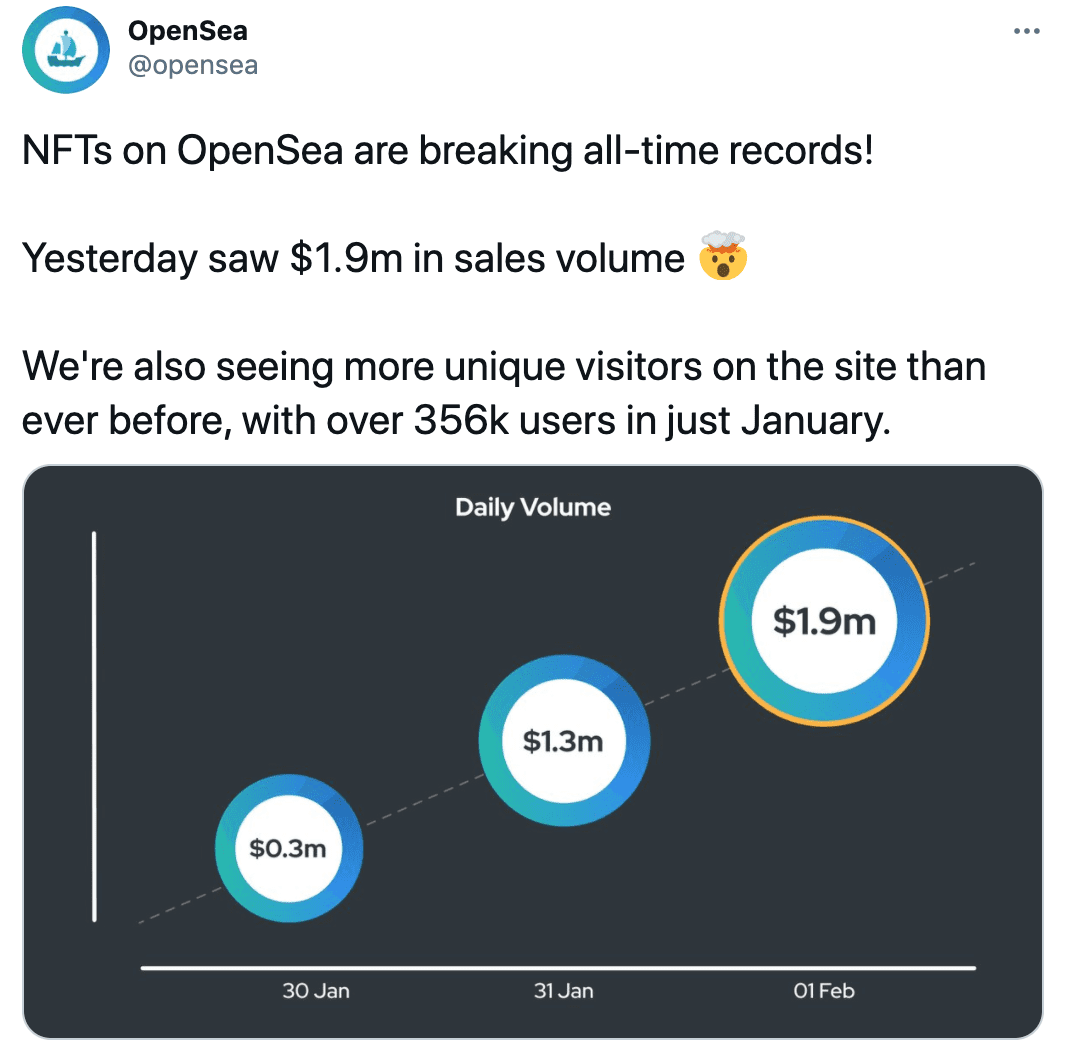 It’s because of Hashmasks, a new non-fungible token project. It has raised over 7,600 ETH worth about $10M from its recent sale on OpenSea.

Hashmasks introduces a combination of digital art and collectibles with a value hierarchy determined by both the creator and the consumer of the artwork. Hashmasks is a living digital art collectible created by over 70 artists globally. It is a collection of 16,384 unique digital portraits. Now the sale has ended.

We see another new face Doki Doki among the top 5, which was introduced as a new profitable NFT project in our previous article.

Its utility token $DOKI price sharply increased from $76.79 on 1st Feb to $152.50 on 5th Feb, the price almost doubled. Perhaps it’s due to the $DOKI staking pool live in YFLink (LINKSWAP) on 2nd Feb. 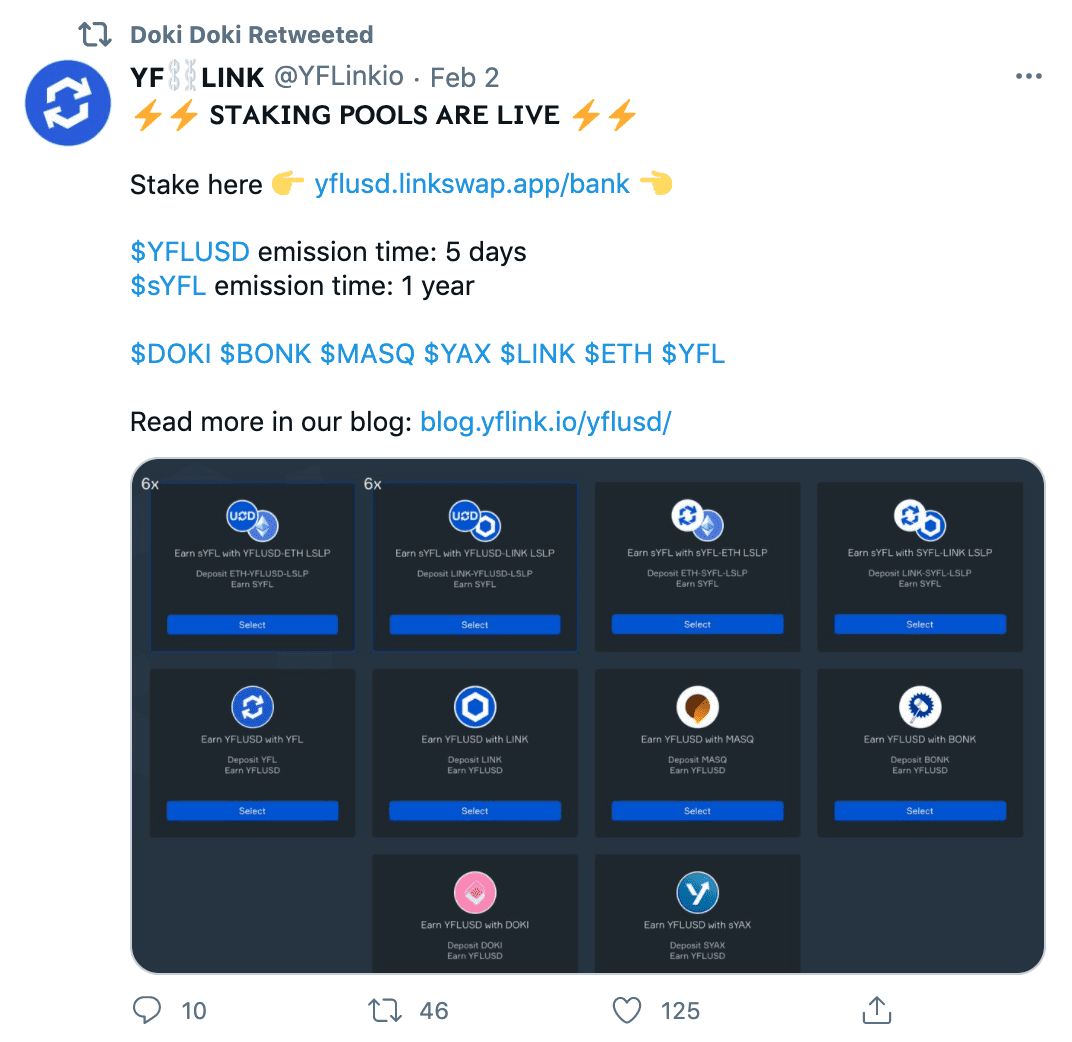 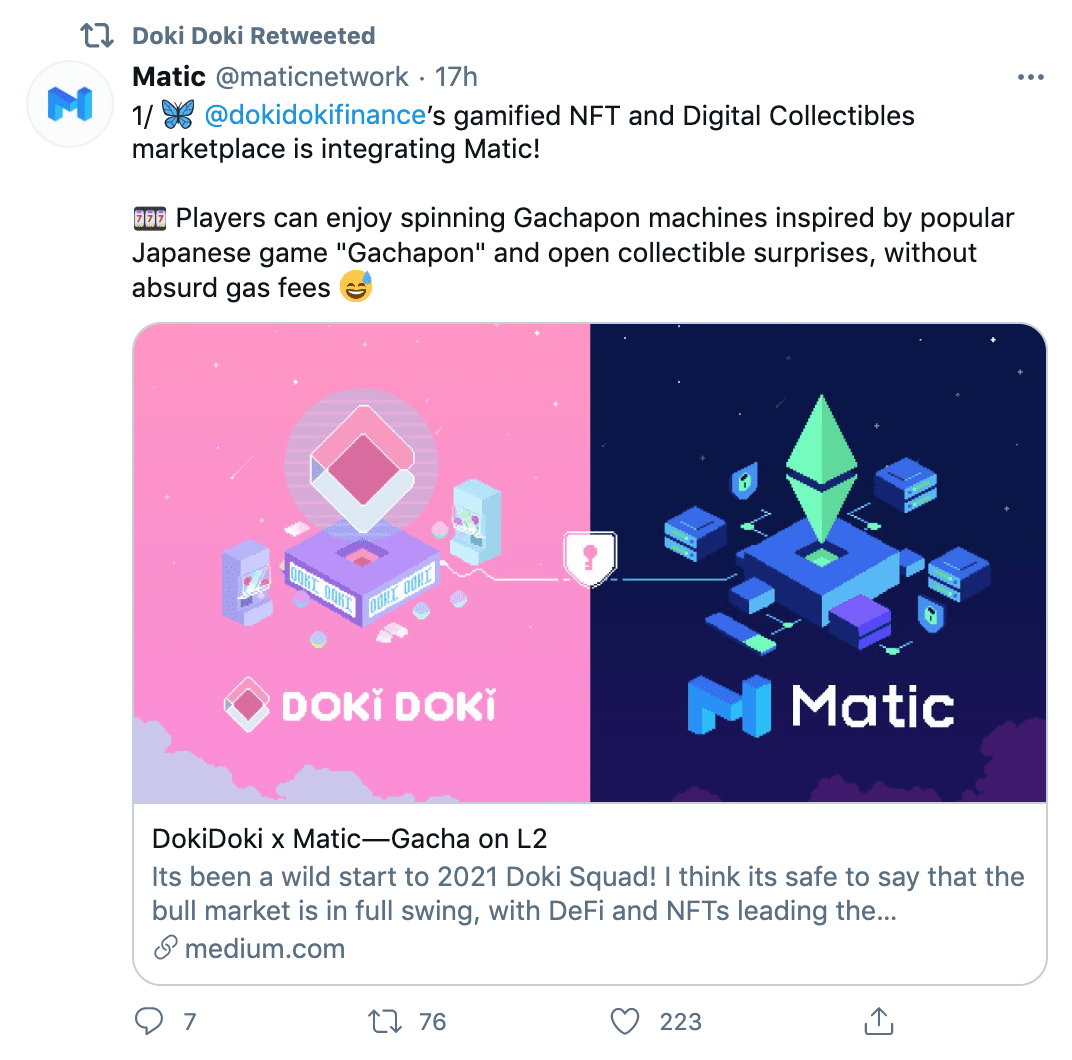 DokiDoki has just joint Matic Network, which means you can play its Gachapon on Ethereum Layer 2 now!

Next, let’s review the on-chain transaction data of NFT marketplaces. 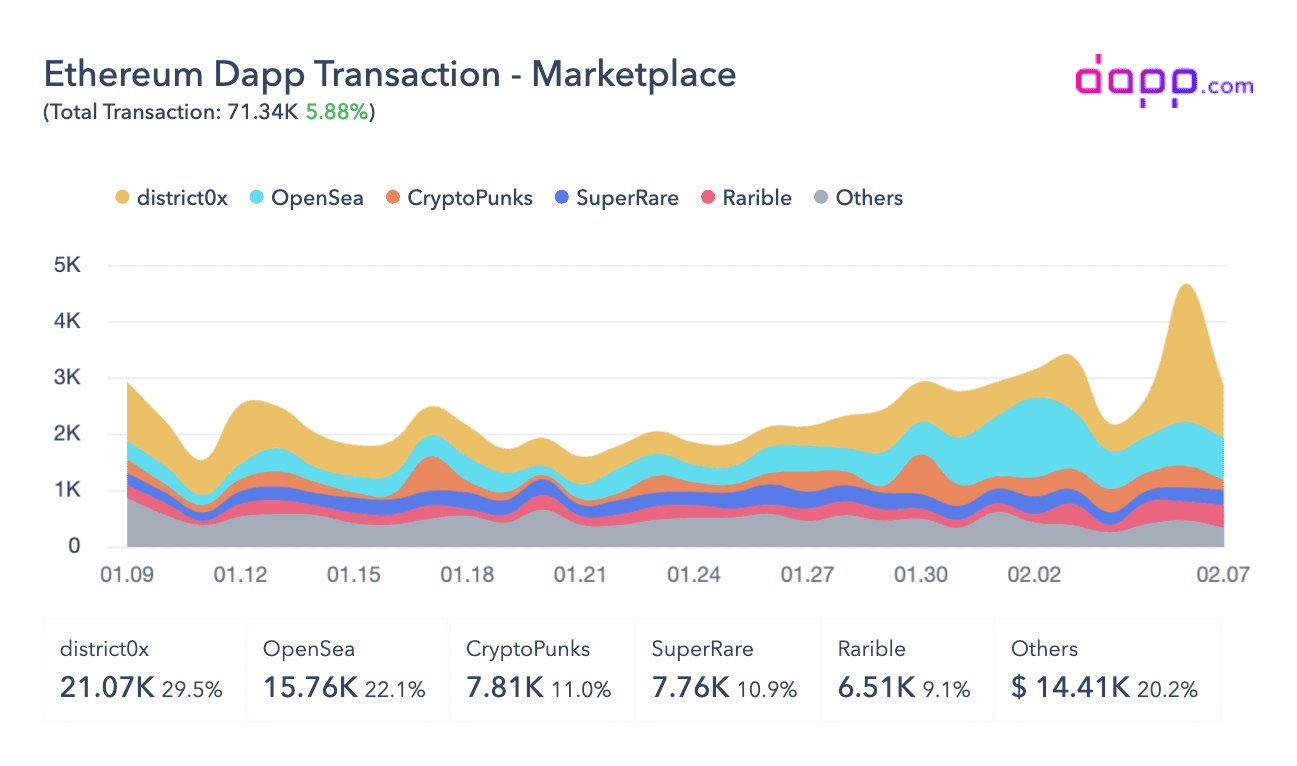 Total 71.34K transactions happened in Ethereum marketplace dapps in the past 30 days, with a slight increase of 5.88%. The 1st place goes to district0x. 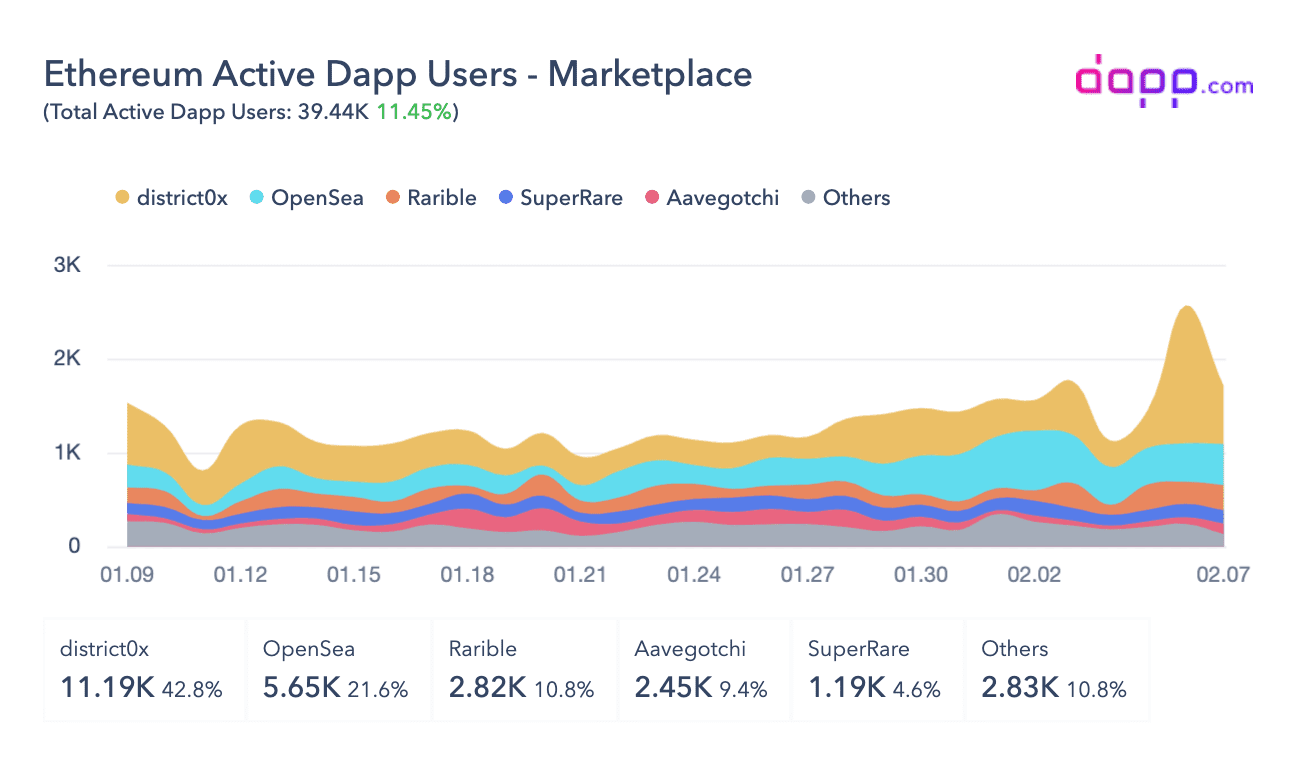 The district0x project also ranks No.1 in terms of active users. It has 11.19K active users, which accounts for 42.8% of the total users in the marketplace, almost twice of OpenSea’s users.

Actually, together with its rapid growth, NFT has also gradually come into the mass public’s view. An ever-growing list of celebrities and influencers are having their trials into NFT tech, which will raise their fans’ attention on the blockchain area.

Just a few days ago, Mike Shinoda, the rapper of Linkin Park, launched an auction on Rarible last night for dapp Zora, an NFT music clip from a forthcoming song. 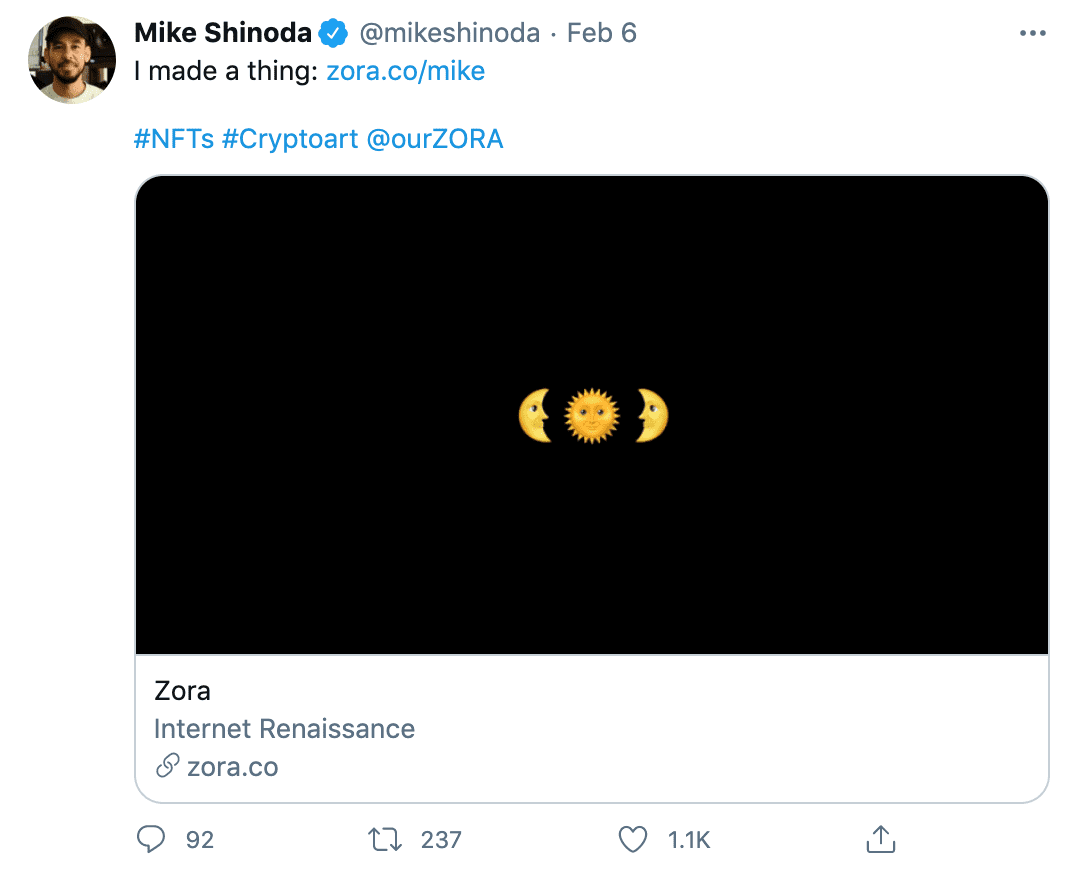 We’ve introduced Zora in this article - From Creativity to Crypto: New Blockchain Apps for Artists and Buyers. It aims to achieve a dynamic market owned by the creator, which allows them to maximize their sharing of profit, based on blockchain technology. Platforms like Zora utilize NFT and blockchain to build bridges directly between the creators/influencers and their fans without a middleman.

Can we expect a more and more prosperous NFT market with a growing mass acceptance?

Dapp.com
Discover & enjoy decentralized tech with us.
Like
Like this Article
Currently there are no comments for this article. Would you like to be the first to write one?
Tags
NftDigital ArtNFT MarketplaceEthereum Dapps
Related Products 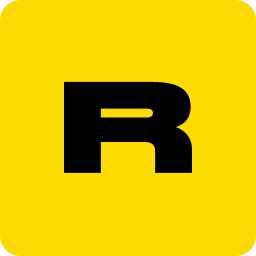 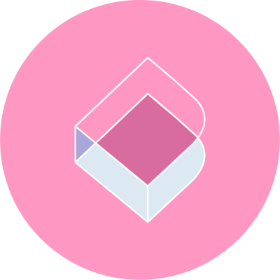 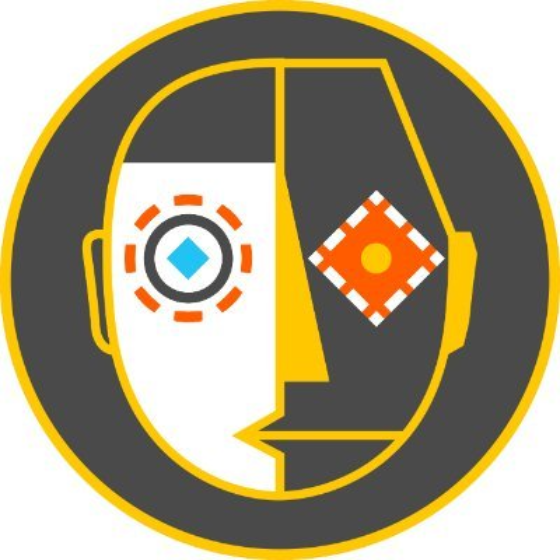 Hashmasks
0.0
Main Network
The next generation of digital art collectibles