My Journey in CryptoCollectibles (so far)

In the fall of 2016 I quit my job at a recruiting startup. I found it soul-draining trying to convince bright young minds to make life decisions almost purely for financial reasons.

I took some time to ponder what my next move would be. My window into the “conventional” startup market had given me concerns about the viability of many internet startups so I was a bit apprehensive about working at another one. The space seemed chock full of competition, with dozens of products for each “viable” idea. My favorite book is “zero to one” by Pieter Thiel and this made me far more interested in entering and creating new markets, rather than improving on existing products and ideas.

It was during this period of existential malaise that I first stumbled upon Cryptokitties through a TechCrunch article about the sale of the Genesis Kitty(#1) 247 ETH.

Genesis sold for 247 ETH. That caught my eye.

The product seemed quite interesting to me — I had done a research paper on Beanie Babies in college based around the thesis that one of the unappreciated reasons for the collapse of the BB market was actually the difficulty in authenticating and distinguishing them from fakes. Thus, Axiom Zen’s idea of storing the genetic data for their collectibles (ERC 721 tokens) on the Ethereum blockchain resonated with me in a big way.

I also grew up collecting insects and fossils with my father, so I’ve always been a collector of rare things. Breeding and selling rare kitties on the blockchain sounded like a dream come true!

I’ve always been a collector.

Cryptokitties inspired me to take a leap of faith into the world of decentralized gaming. I bought .8 ETH and loaded it into my MetaMask wallet and started scanning the market for cats to start breeding.

Over the next few months, I spent around 20 hours a day surveying the market for good deals and breeding my kitties. I amassed a collection of around 2,000 Kitties and earned a fair amount of eth along the way. I learned the ins and outs of the kitty market and became known as one of the most skilled fancy chasers.

The first DogCat ever created, currently residing in my Fancy Cat Codex.

I also joined the KittyHats team as their community lead. We were the first team to ever attach an ERC20 token to an ERC721. Shoutout to Dan and Jomessin for finding me in CryptoKitty Discord!

KittyHats was the first project I ever personally contributed to in the space.

After the initial hype started to die down and turning a profit became difficult the community started to ask: what now?

Cryptokitties in its launch state was just what they said it was: breedable beanie babies on the blockchain. However, in my opinion, this created a problem similar to beanie babies where the craze would die down once the prices of the collectibles started to drop. Indeed, CK now has ~400 DAU (source dappradar) whereas according to dappsvolume.com they have had 77,000 accounts interact with their smart contracts. The last founder cat sold for 8 ETH compared to 254 ETH at the peak of the craze in December.

I believe the community expected CK to be a game but in reality, it is just a data platform. The CryptoKitties are more akin to breedable “skins” for games that have not yet been created.

Some of these projects such as Kittybattles and Kittyraces are starting to be developed, but time will tell whether it was a wise decision to leave the “game development” side of things up to community developers.

In mid-March after CK’s failed mobile app/china launch, one of the developers, for a project I’d never heard of, Axie Infinity reached out to me. He had been watching me since the early days of CK and was impressed by my journey from a small fish buying my first ETH to a top CK breeder, streamer, and Kittyhat’s Community Manager.

The developer, that reached out to me was Trung Nyugen, one of the players that had actually unlocked the secrets of the CryptoKitty genome. We discussed how the blockchain gaming universe was in dire need of a game that would add actual utility to ERC 721 token. A game where players could use their time and effort to upgrade and improve their tokens and wouldn’t be charged through the nose to “play”. CK had shown that blockchain was useful for giving a true sense of ownership and creating a functioning market for the exchange of game assets but was severely hampered when it came to being an actual immersive gaming experience. I believe people left the “game” after it ceased to be profitable because to most, CK was more “work” than play.

The Axie Infinity team had what I like to call the “second mover” advantage. We observed 4 crucial flaws in CK’s core product and designed our game to avoid them:

When designing our product we kept these 4 flaws in mind and believe we have put forth novel solutions to each. For example, rather than using a fully decentralized auto-birthing system, we use Oraclize, a 3rd party, to birth our Axies. This has allowed us to maintain a breeding fee of .002, compared to .008 in CryptoKitties.

We knew we couldn’t just optimize CK’s breeding, selling, and siring system. In order to create a new market like Thiel advises in Zero to One, we knew we’d have to add an entirely new layer.

This came in the form of our Battle and Terrarium systems.

In the Axie Universe, players will be able to form teams of 3 Axies. Like a Cryptokitty, each Axie has a unique genome and these genes correspond to 6 different body parts. These body parts have associated battle moves that can be used in Axie Battles.

Axies gain experience from battles, which can then be used to upgrade/evolve their existing body parts which in turn, unlock new battle moves. We believe that adding this sense of progression will be key in allowing our game to be the first decentralized game with truly immersive gaming experience.

Another problem of pre-existing decentralized games is the high fees due to each action needing to be verified on the blockchain, costing gas. In order to solve this issue, we are working closely with the Loom Network to implement their side-chain scaling solutions into our game. You can read more about this development here.

We are also developing a feature called the terrarium system. Just like real pets are often housed in custom terrariums, we realized that the ERC 721 token could allow us to build homes for our Axies as unique as the Axie’s themselves!

In the future, Axie trainers(that’s what we’re calling them) will be able to house their Axies in unique terrariums and stock them with unique and interesting tokenized decorations and trophies. Imagine a world where a team of Axies can hang out together when they’re not in battle, surrounded by beautiful plants, decorations, and trophies from past battles/tournaments they have won!

Our Mascots in an early version of a terrarium.

Axie Infinity has currently raised around 1000 ETH with a small team consisting of only 2 developers and 4 artists and 2 growth hackers. We believe that our lean structure combined with the new funding mechanisms made possible by token sales of in-game assets have shown the potential of decentralized gaming. I’m now currently in Vietnam and will be speaking at conferences across Asia this summer. Six months ago, this would have been unimaginable to me.

There’s so much promise in this space but decentralized game developers must understand that the ecosystem is fragile. We must make sure we treat our players as our partners and backers. I love communicating directly with our players through discord, twitter, and live streams. Without direct communication channels between developers and the community, trust dries up and the developers lose touch with the expectations and pain points of their players.

It’s still too early to say what will happen in this space — perhaps companies like Blizzard will make the shift to blockchain and snuff us all out — but my suspicion is that the people working on quality decentralized games now will be working as game developers for a long long time. In fact, conventional game companies with millions of users have already reached out to us for advice indicating that the experiences and knowledge we’ve gained in these 6 months are quite valuable to centralized game developers. I believe they will have a difficult time crossing over into developing decentralized games and our competitive moat will be strong for a long time.

P.S. If you’d like to get in contact with me and discuss the ideas I’ve presented here please feel free to send me an email at [email protected] or find me in the Axie Infinity Discord: https://discord.gg/68DeTqc 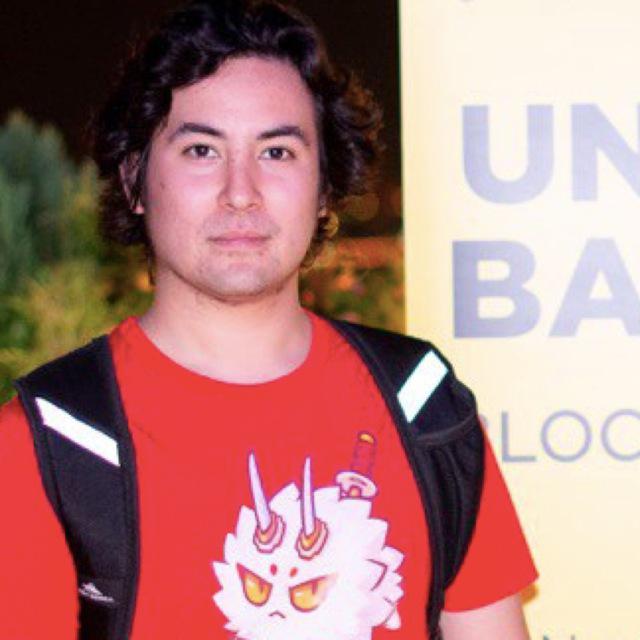 Jeff Zirlin
Aka Jihoz, Growth Lead of Axie Infinity
Like
Like this Article
Currently there are no comments for this article. Would you like to be the first to write one?
Tags
Game
Related Products