Is There A Crypto & Blockchain Revolution in the Games Industry?

In the last few years, many changes and interesting developments have been seen. As the world is facing new and more difficult challenges, new approaches must be made in order to face these challenges. The problems we are facing are not only political. Climate change for instance is a problem we have to solve all together as humanity. In order to do so, scientists and developers have been working on finding new solutions for generating energy in a sustainable and environmentally friendly way.

One thing that has helped to develop new technologies and improve communication and infrastructure is obviously digitalization. Digitalization and the global connection via the internet made the extremely fast and effective exchange of information possible and led us already into a new era. While human values and morals are developing in slow motion, technological development is extremely fast. As billion-dollar companies are constantly searching to improve old and develop new ideas, the global economy and the monetary system it is connected to have been next on the list.

As mentioned before the world is facing difficult new challenges and in order to face them, revolution is needed, both in the political but also technologically and economically. The introduction of the new digital currencies, known as cryptocurrencies, is one starting revolution that has the potential of changing the world. Many see cryptos as the gate into a new world, a world that is faster, cheaper and better connected than ever before. Others have raised their concerns over the new digital coins, seeing them as highly speculative and not sustainable enough to lead us into a new time. However, many branches have already started to adopt bitcoin and its little siblings. For instance, the American auto producer Tesla was one of the first to accept Bitcoin as a payment method, even though they pulled out shortly afterwards due to concerns about the sustainability of the mining process of the new coins.

Another sector that has been pretty quick in adopting cryptos is the gaming and gambling industry. The industry is known for its tight following of new technological inventions and has seen the advantages of digital coins already in an early state. Bitcoin Casinos and other games that include cryptocurrencies have been popping up everywhere on the internet in the latest years. As many claim, the new currencies would completely revolutionize the entire gaming scene, others have their doubts.

But is there really a Crypto Revolution happening in the gaming industry? And if yes, what does it look like and what has it to do with the Blockchain technology? We have the facts, you need to know!

The Gaming Industry benefits from Blockchain

Blockchain has been a burden to many industries that lacked accountability. At the core of this technology is the ability to create a trustless environment that facilitates unchangeable transactions between two strangers over the internet. Blockchain essentially provides a decentralized transparent system that is cryptographically stored on various computers spread across the world. As no single entity controls the network, there is no single database to attack or hack, and no possibility of reversing the transactions once made.

Additionally, the low cost of transactions makes it easier to transfer money or any other tokenized asset across the world, which is very important in the gambling industry. These transactions do not go through any middleman and hence the transactions are near real-time. So it is obvious that blockchain solves some of the major problems in the gaming industry today. But what exactly are the benefits?

One of the new developments in modern games is the use of assets to complete missions. In many games, the player needs guns, props, environments, cars, planes, characters and art, which have to be purchased. Games need to be neutral for a player to work hard or spend their money to acquire these assets. However, currently, there is no accountability or transparency.

Blockchain enables the tokenization of these assets and the creation of decentralized gaming asset markets. Since the system is open for everyone to check and verify, the trust and transparency are increased immensely.

Another very important point is security. Gaming platforms are hosted on centralized servers and transactions are often made on mobile phones or personal computers without proper security measures in place. This, especially in the gambling and gaming industry, has often led to fraud and crime. These servers and personal assets are mostly not as secure as our bank accounts, however valuable a gaming account may be.

Blockchain offers new solutions to those problems. The cryptos are known for being the most secure way of storing value and are literally designed to be unhackable. Storing digital gaming assets on a blockchain would enhance the security of every player who has worked hard to collect them.

This is not everything yet though. Blockchains can also store value in the form of non-fungible tokens or NFTs. NFT stands for Non-Fungible Token which means that tokens represent a unique value. Games have assets that are unique and collectable.

These assets are highly valuable. NFTs could be used to represent these items and make them easy to store on a wallet, less expensive to sell and trade on an open market. This offers new options and opportunities to the game developers and obviously more fun for the players.

Currently, digital assets are traded inside the game or on exchanges like Wax, OpenSea, and RareBits. These exchange systems are not perfect though and many have had their problems with them in the past. Apparently, exchanges could be more transparent on a decentralized exchange in a tokenized form, for instance.

Paying for such an exchange or generally giving personal banking information can always pose risks such as exposure to scammers or buying fake assets. The internet is full of scammers and it is extremely important to be careful. The decentralized exchanges on blockchain solve this problem as well and give us more secure and easy ways to exchange value.

Time and cost of a transaction

Last but not least, we have time and costs. As partly mentioned earlier already, cryptos cut both. The gaming world is a global world. Players from different countries routinely play games with each other.

How would they transfer their assets without taking days for processing payments and jumping through the legal hurdles? Blockchain finally enables instant payments across the world. This means there are no restrictions, no third parties that cause additional costs and no time lost. 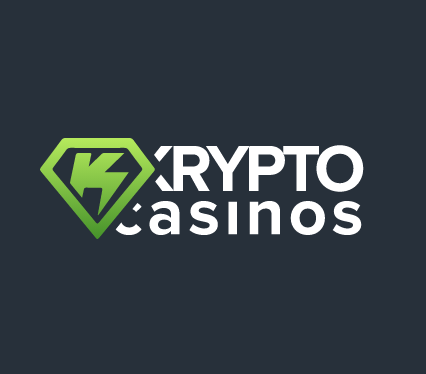 Kryptocasinos.com Team
Kryptocasinos.com searches for the absolute best crypto casinos for you
Like
Like this Article
Currently there are no comments for this article. Would you like to be the first to write one?
Tags
BitcoinGamesPlay to EarnCryptocurrencyBlockchain Gambling
Recommanded Articles
Relax At Your Tokenized Home, Swap Tokens and Explore Music All Over The World In One Click
Jul 7 · 5541 Views
[AD] 日本限定シークレット・トーナメント
Jul 7 · 2311 Views
Dapp.com Integrates Tracking of WAX, The Most Watched Blockchain for NFTs and Games
Jul 8 · 5305 Views
Your Opinion Matters, So Store It Safely On-Chain And Earn From It
Jul 9 · 6213 Views
Notifications
Homepage
Topic
Dapp Ranking
Token Ranking
Get $30 Fee Voucher
Earn Crypto
Register
Log In