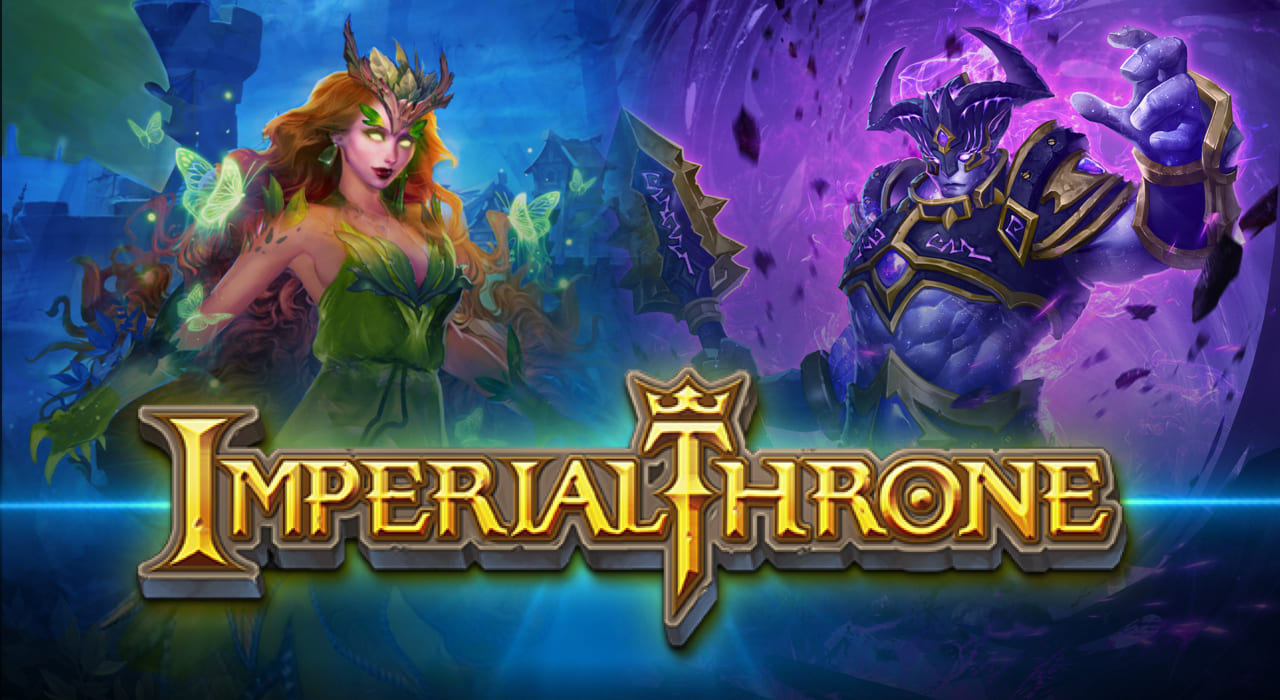 Imperial Throne is a new strategy game dapp on the Ethereum Blockchain, with all the markings of an impressive new contender to this ever-growing blockchain gaming market. Thankfully the Imperial Throne team was very eager to talk all about their game. In this interview, we took a closer look at the details of how this new game will play and find out what ingenious features they are planning to implement.

Tell us about the team? From which professional backgrounds do they come from?

INFUN PTE. LTD., founded in May 2018, is dedicated to the long-term development of the application of blockchain technologies in gaming. The core team members of Imperial Throne come from Tencent TIMI Studio L1 Group (Arena of Valor Studio) and Ubisoft. Most of them have more than 10 years of experience in the game industry. Leveraging their expertise and deep experience in creating traditional games, we are now developing an ingenious blockchain based war game called Imperial Throne.

What drove the team to created Imperial Throne?

As the blockchain technology matures in 2018, our founders perceive the prospect of blockchain gaming. Blockchain is being adopted across various industries, while gaming projects have continued to be the talk of the town. No matter if it is from the business model or distribution method, blockchain technology redefines the traditional game industry. Through an open sourced coding environment and a consensus over perception and mechanism, players and developers can manage and run the game together and concurrently benefit from the game.

We look forward to using blockchain technology and employing brand-new token economy, so that game developers/publishers and players no longer have a conflict of interest. With a natural global payment channel and trust mechanism, blockchain is the best infrastructure to build a global business. We commit ourselves to develop a true blockchain strategy game, Imperial Throne, that runs entirely on the public chain and administrates the ideology of a token economy in every stage of the game.

What kind of game is Imperial Throne? What will we be able to do?

Imperial Throne is a multi-player strategy war game based on the Ethereum. All the game’s assets and gameplay are on the public blockchain. Every player enters the game as a tribal leader, but a player can take control over a piece of land only through the in-game auction system and become a lord. All players can mine Imperial Throne Tokens (ITT), recruit soldiers, and enjoy free trade in the marketplace. When the time is right, a lord can declare war against another lord and summon allies in the community to join their fight in the quest for treasures and glory. In Imperial Throne, players are fighting to be the ultimate king and to expand their kingdom.

How do battles play out? Will it be turn-based combat or real-time strategy?

War is the core gameplay of Imperial Throne. A lord can declare war against another lord and summon community allies to fight on their side. All participants can station troops, but knowing how to manipulate the suppressing relationship between soldiers and considering the game theory, players may use few soldiers to defeat many. Various strategies, such as troop formation and soldier deployment, can be utilized to get the upper hand in the pursuit of victory. When the team wins, all participants get to loot the ITT invested on the land of the enemy.

Every war in Imperial Throne is turn-based which consists of War Declaration, Troop Station, Attack and End phase. Before a battle starts, Lords can organize community allies to fight together. It is essential to take price fluctuation and supply of soldiers into consideration before orchestrating a grand war. Information regarding two sides will be encrypted through a HASH to avoid strategy leakage during the Troop Station phase, but it will be decrypted holistically to demonstrate transparency in the Attack phase. Besides, Lanchester Equation is used to calculate the war result, simulating and recreating the most authentic and bloody combat.

To encourage players from all over the world to be able to participate in a war, we design each war phase to be at least over 24 hours. Thus, with more players, the war is going to be more intriguing and complex.

How will players get more ITT in the game?

Imperial Throne token (ITT) is the in-game token. One of the ways to obtain more ITT is through the in-game mining system which dynamically produces ITT according to the number of active players each day. A player can merely invest ITT on a piece of land and collect earnings the next day. Lords can also receive rental income when other players rent their property for mining. Another way to gain more ITT is to train soldiers in the barrack and sell them at a higher price in the in-game marketplace. Besides, players can loot a tremendous amount of ITT if they win a battle.

In addition, to obtain ITT in the game, ITT can be purchased in exchanges.

What is the difference between Tribal Leaders and Lords? How does one become a Lord?

Every player enters Imperial Throne as a tribal leader. A player can only take control over a piece of land via the in-game auction system. When it happens, the player is endowed to be a lord who has an exclusive right to initiate wars. As the commander of the war, the lord can change the formation of troops. Besides, a lord can collect rental incomes when other players rent land their land for mining. In addition, a unique spot will be reserved on the world map to display a lord’s castle.

In the case that the game is congested, what solutions have thought of?

Network congestion is a disaster for everyone in it. For our further development, we are going to employ sidechain technology such as layer2 solution and plasma to lower gas fees, increase scalability and improve the gameplay experience. We will put gameplay system that might be affected by network congestion onto the Ethereum sidechain, to maintain the game experience and keep players from the disturbance of network congestion.

On the other hand, a natural disaster occurs in times of war throughout history. It is just like the kamikaze, the literal divine wind, that is said to have saved Japan from two Mongol fleets under Kublai Khan during the 13th century. Similarly, for any blockchain game, network congestion is like a strong earthquake or a volcano eruption in reality. However, being able to use network congestion as a strategy, players may surprisingly land in a victory. For example, if network congestion just happens when a lord has considerable numbers of soldiers. The lord can initiate a war and utilize the fact that it would be expensive for his rival to buy or recruit soldiers under network congestion. By taking this leverage, a lord may strike enemies unnoticed.

Why did you pick Ethereum in the first place instead of NEO or EOS?

We started to develop Imperial Throne in May 2018. At that time, the development of Ethereum had become mature. Its applications were more abundant and complete across industries. With a stronger community and a larger user pool, Ethereum is the best underlying infrastructure to build a blockchain game. Ethereum has a global trust mechanism and provides a natural global payment channel to all users. With the upsurge in CryptoKitties and Fomo3D, Ethereum obtains an even higher degree of consensus among users over the world. When we took the top market capitalization and liquidity ratio into consideration, we decided to use Ethereum as our underlying basis to develop this blockchain game. We aim to realize complete decentralization and affirmation of assets right through the Ethereum ecosystem, and at the same time present players with a game of great fun. As EOS and NEO further develop in the 3rd and 4th quarter of 2018, we will look into cross-platform compatibility when we further improve our game, making it accessible to more users and gamers.

When can we finally start playing Imperial Thrones? What should we look forward to?

Imperial Throne is going to start its first ticket pre-sale on Dec 3, 2018, through which players can get access to our first alpha test. The ticket Heimdall is the only entry ticket to Imperial Throne. We will have multiple tests lining up before the game goes on live release starting from this winter. We will collect feedback from each test on our game design and game economy, in order to improve our game continuously and present a game as smooth as possible. We want to make Imperial Throne a true blockchain game that marriages blockchain and gaming.

Currently, Imperial Throne runs on the Ethereum network, which can be played on web browsers that support MetaMask including but not limited to Firefox and Chrome. Soon, we plan to make a built-in wallet where players can log in through social media accounts, allowing players to access Imperial Throne on any web browser.

As the adoption rate goes up and the system stabilizes, we will also launch a mobile Dapp so that players can enjoy the game on-the-go.