From Crypto to Dapp

Using cryptography to create electronic cash as a concept has been debated and studied since the late 1990's. Cyberpunks, who were very enthusiastic about the possibilities and the concept of removing power from institutions and giving power to the people, sought tirelessly for methods to make this dream a reality. However, it took them almost a decade to solve the most significant issue that hindered the dream from coming true, how to make sure the currency was not spent twice.

Fast forward to 2008 cryptographer/s known to the world as Satoshi Nakamoto announced Bitcoin, which was shared with us in 2009 in the form of an open source software. A decentralized currency that used blockchains to confirm transfers, free from the chains of central banks and government control, a cyberpunks' dream come true. Bitcoin, by having a distributed ledger, shared by its users and miners running the Bitcoin software, can confirm and update the blockchain thus solving the problem of double spending. 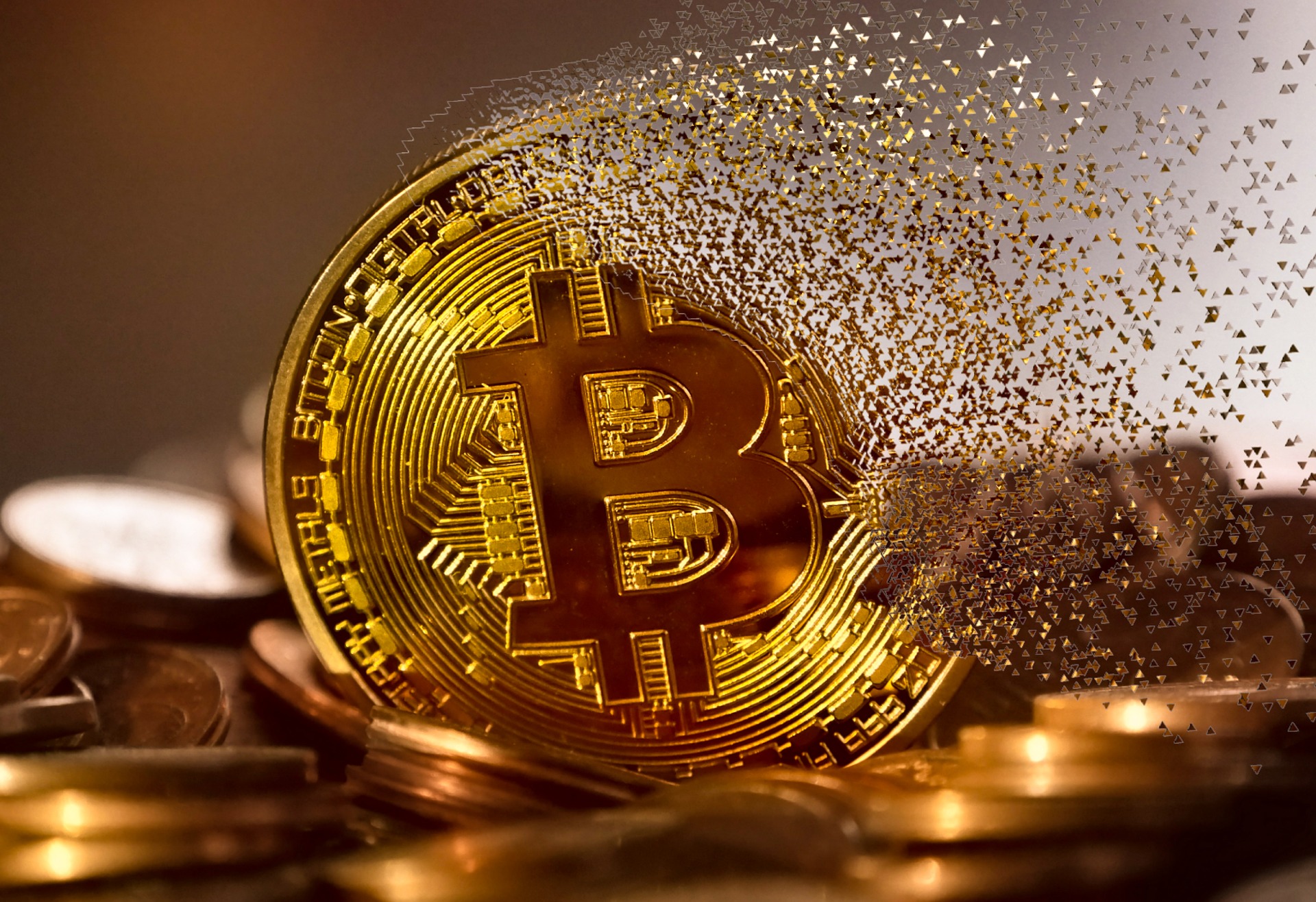 Bitcoin has since rocked the world and the excited crypto community looked to implement its practical potential. Meanwhile, Satoshi Nakamoto, which nobody is sure who he, she, or they, is or are to this day, stashed away 5% of the total 21 million bitcoins which has never been moved. It is very likely we'll never know the identity of Satoshi Nakamoto because there is the possibility that if the creator/s were to be unmasked, they could be brought to trial for enabling terrorism and crime. Ironically, Bitcoin helped the FBI shut down the major online black market site known as Silk Road thanks to it distributed ledger.

Bitcoin was not perfect and more needed to be done to make it worthwhile. Clocking only 7 transactions a second it could not compete with Visa Network's 10,000 per second, and with the governments giving bitcoin the stinkeye solutions were needed. Thus bringing us to the race for alternative Cryptocurrencies, based on the original open source software that birthed Bitcoin, or justly called Altcoins.

Altcoins came in all forms, each new crypto has its abilities added in the code of the original open source code of bitcoin. Litecoin was the first Altcoin to come after Bitcoin with the purpose of being faster than Bitcoin. However Ripple (XPR) the native cryptocurrency used on RippleNet was coded with the same objective of doing more transactions per second than Bitcoin and Litecoin but within a company network. The appeal of faster and safer transactions aimed to function within the business network received the attention of financial institutions which were eager to streamline their transaction procedure domestically and internationally. The only drawback of Ripple is that to do a transaction Ripple is needed to run the process. Thus every institution always needs a wholesome supply of Ripple in their wallet to provide services.

Zcash, Dash, and Monero improved on Bitcoin's abilities by increasing transactions per second and included the extra feature allowing no one to be able to tell the amount, source, or destinations of the coin. Essentially the decentralized ledger is concealed, thus all information of the coin's past and present owners and transactions remain private. These currencies allow its users to do peer-to-peer transactions faster and discreetly, without worrying about their information being leaked or read by others. 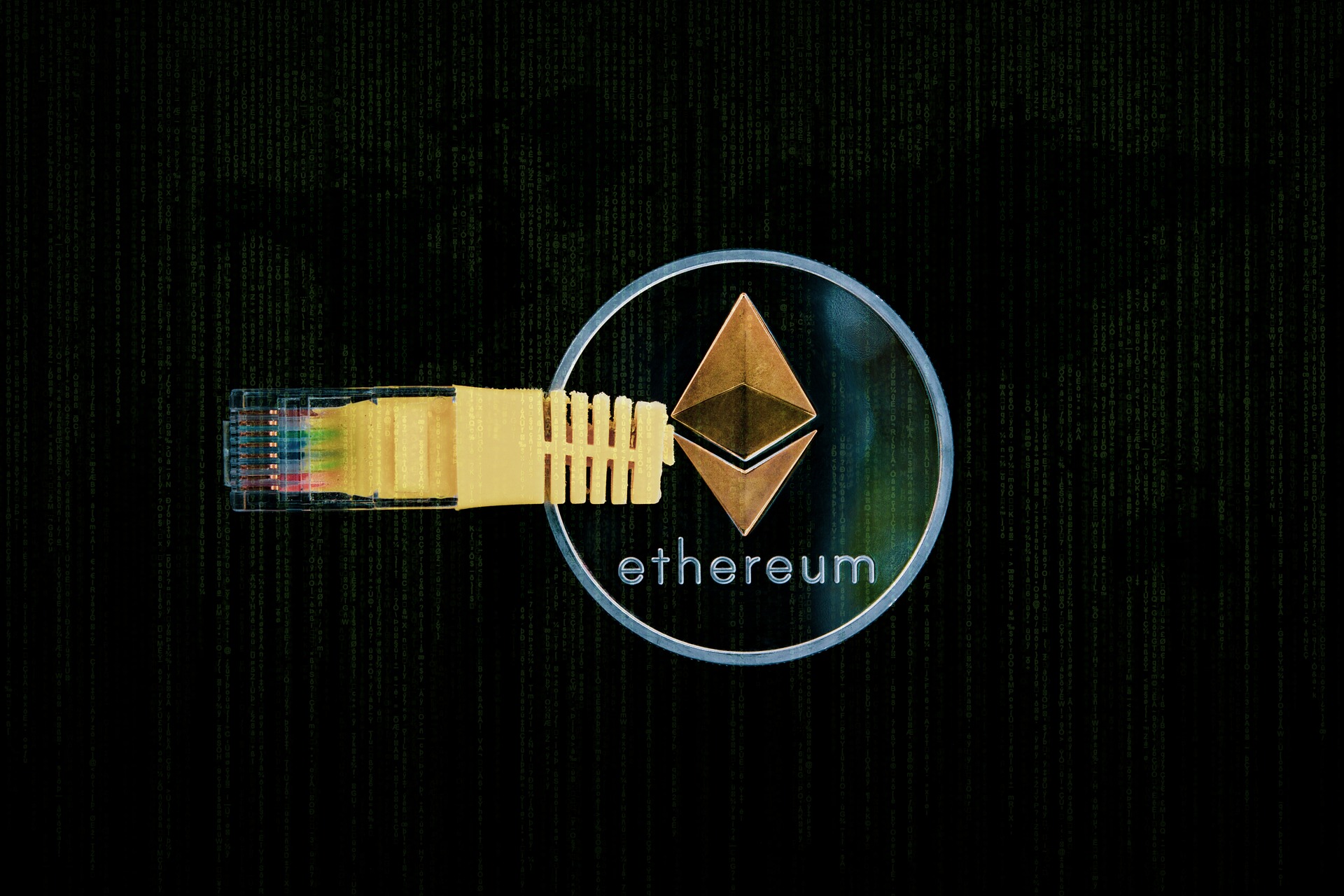 Then we come to Ethereum and the evolution into Decentralised Applications or better known to us as dapps. Vitalik Buterin is the father or pastor (depending on whom you talk to) of the Ethereum Blockchain. Ether launched in 2015 has gone a different route from most Cryptocurrencies, specifically focusing away from peer-to-peer transactions. Within the open source code of Ether, Vitalik has embedded a computer code or "smart contracts" that functions within the blockchain. These smart contracts essentially are commands that have to be executed within the Ethereum Network using Ether as "fuel" or "gas" to complete the task. Now developers could store their completed application in the decentralized ledger and allow users to send commands to it, and so dapp was born.

As an example in CryptoKitties, an Ethereum Blockchain dapp, every Kitty, transaction, and Kitty family tree is stored in the decentralized ledger. If the player wants to breed, trade, or sell the kitties some Ether or fuel will be needed to complete the operation.

Developers eat, sleep and breathe Ethereum because when they create a successful dapp, they'll be rewarded each time someone uses their beloved creation. A wise developer will never stop once the dapp has been created, and over time they painstakingly try to remove wasteful applications to increase the speed and reduce the "gas" needed to run the commands of their dapps. However, if too many users are on any single dapp, it will slow down the Ethereum Network, and the functions of the dapp themselves will be reduced to a crawl. 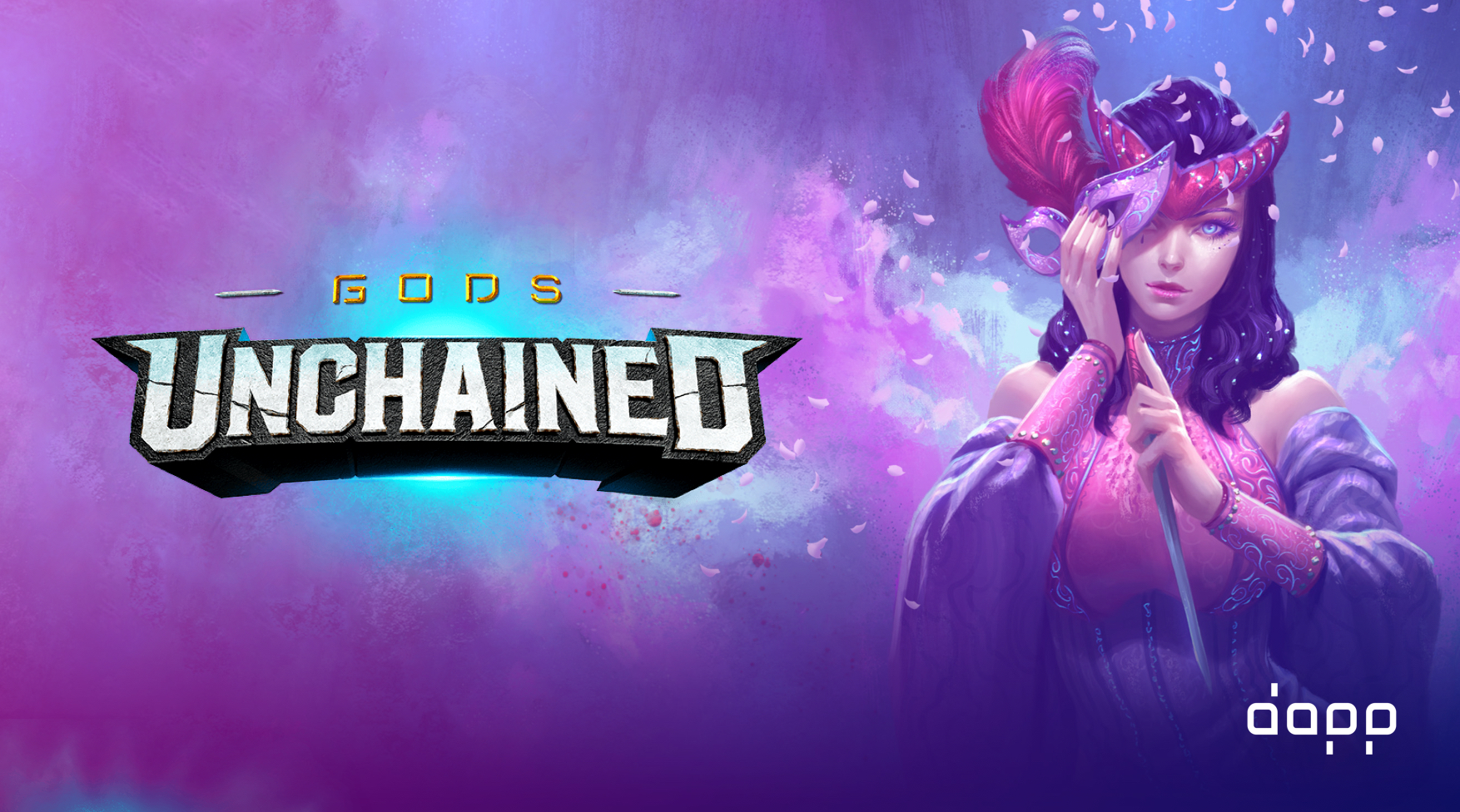 To bypass this issue, some Ethereum dapps have gone hybrid like Gods Unchained the first Blockchain e-Sport. The game is similar to Blizzard's Hearthstone, CD Project Red's Gwent, and Magic: The Gathering. It simultaneously applies blockchain to give real value to their finite cards and detaches blockchain to run the matches. Using this method, they are effectively giving ownership of the digital playing cards to the players and give the cards a real monetary value, on the contrary to the situation of current digital in-game currency based games. 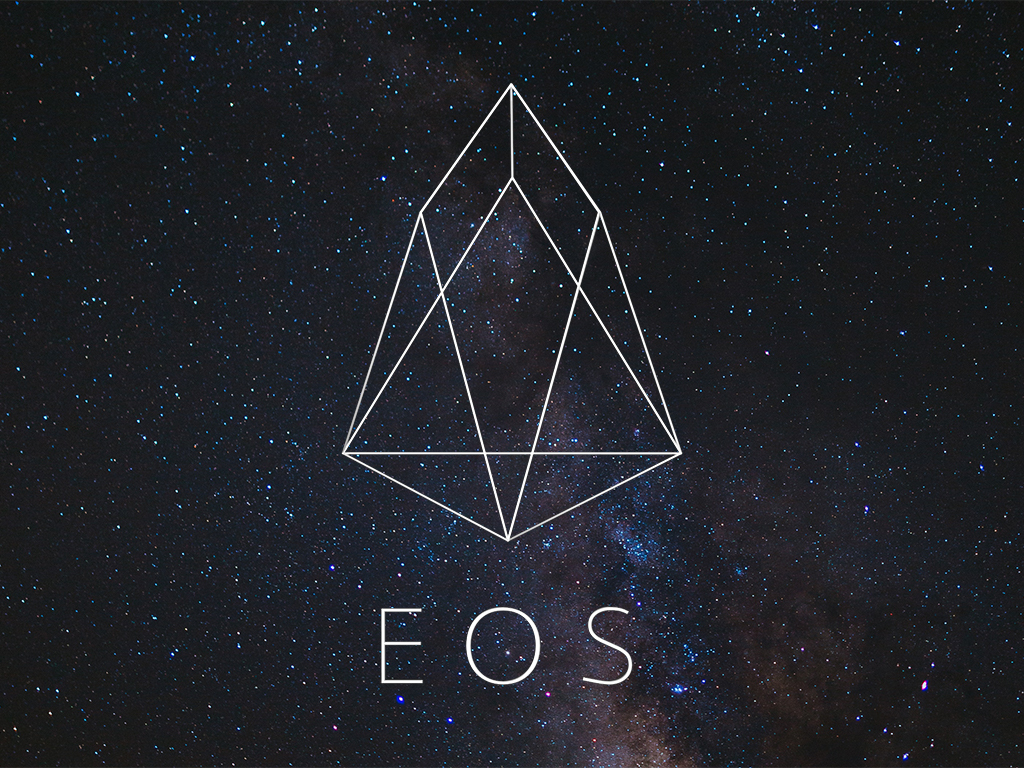 Now, however, Dapps have a different platform that could offer more, EOS.IO the latest evolution in blockchain technology which uses EOS. The blockchain emulates a real computer from the CPU and GPU to the RAM and Hard-disk, distributing the resources between EOS holders. EOS.IO provides the ultimate platform for building robust and complex applications with all the benefits of a decentralised ledger, smart contracts, no user fees, and the potential of doing millions of transactions per second. Online there are many dapps running EOS, there are interesting social media dapps like Karma, where you get points for every good deed, and for musicians, there is Emanate designed for collaborations among artists. EOS could well and truly save the dapps from losing their appeal and may offer the world alternatives with the full benefits of decentralized technology.

Lastly, Steem is also deserving of being in the evolutionary tree but not as an improvement of dapps per se but as a cryptocurrency that could be included in social media networks, slotting it somewhere between Ethereum and EOS. It is still focusing on peer-to-peer transfer, and it is faster at transactions than Bitcoin and Ethereum with no transaction fees. However embedded in the code is proof-of-brain, a token reward algorithm, with the purpose of encouraging users to create and tend to their content. For every "like", and "upvote", authors are rewarded for it. When applied to social media the community can become self-sustaining and grow through it. Give it a whirl for yourself on Steemit. 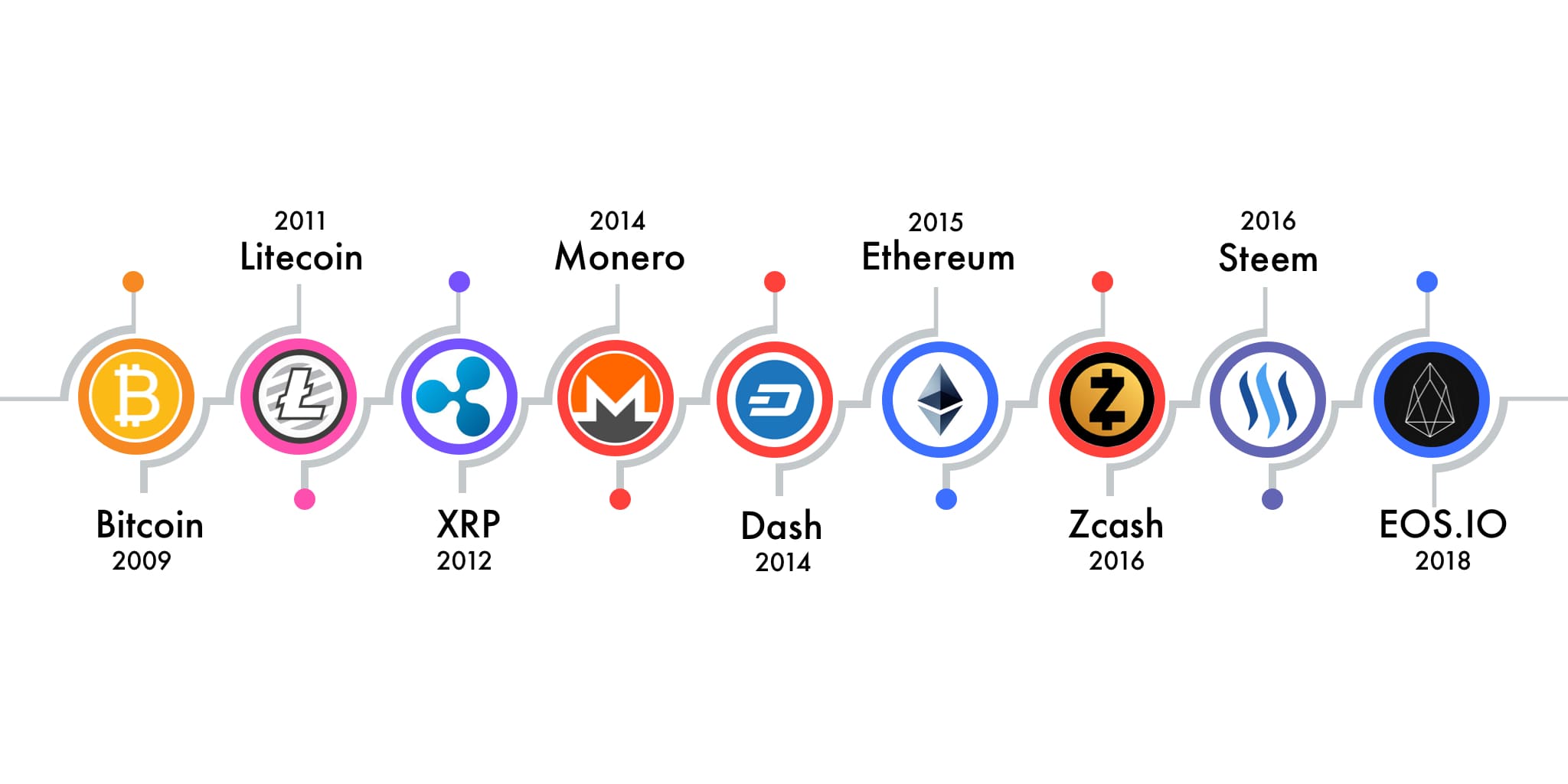 What Will Happen Next

The future is very unpredictable when it comes to cryptocurrencies and the next big improvement. Some Altcoins use similar concepts but for different goals, for example, Ethereum embedded smart contracts which can run dapps, but Steem chose to embed Proof-of-Brain containing algorithms. Nonetheless, each new cryptocurrency adds its own innovative idea, improving on what has already been done, and keep in mind that this evolution happened in only a decade.

Now we ask our community, what do you think will be the next step in the cryptocurrency evolution? Drops us a line on Telegram or Twitter and let us know.