Ember Sword, Upcoming MMORPG and the Future of Gaming

Ember Sword is an upcoming free to play MMORPG (Massively multiplayer online role-playing games) with a blockchain-based marketplace. The developers are creating a huge digital world that can be the new home for millions of players beyond blockchain. Sune Thorsen gave us a peek into Ember Sword’s multi-dimensional world in the interview with Dapp.com.

What games inspired you to create Ember Sword?

As developers, we have drawn inspiration from the other sandbox MMORPGs we have enjoyed playing, such as Ultima Online, Runescape, and to a lesser extent Albion Online, taking the features we found to work best from each, and adding new gameplay experiences, such as the way cosmetics are obtained and traded, their actual rarity, and item history (all proven by the blockchain). We also draw inspiration from the huge catalog of MMORPGs we have all played in the past. One example of such inspiration is the Ember Sword caravan system, which has players travel across the world – even the dangerous outlaw territories where thieves may try to loot you, to trade wares and goods for an in-game profit.

How does Ember Sword stand out from other games in the blockchain market?

Tell us a little bit about the Ember Sword world and Lore?

The lore is yet to be revealed, so stay tuned for more on that. But what I can say is that we’ve got a gamer and Hollywood writer on-board to write an elaborate lore and multiple quest-lines for Ember Sword. The world itself is split into 4 large regions, each of which has a unique nature biome and thus also resources that are more common to each specific region. As a player, you pick one of these regions as your home, and from thereon go out and explore the Ember Sword world. Your readers can see more in our business and games pitches on our company website. 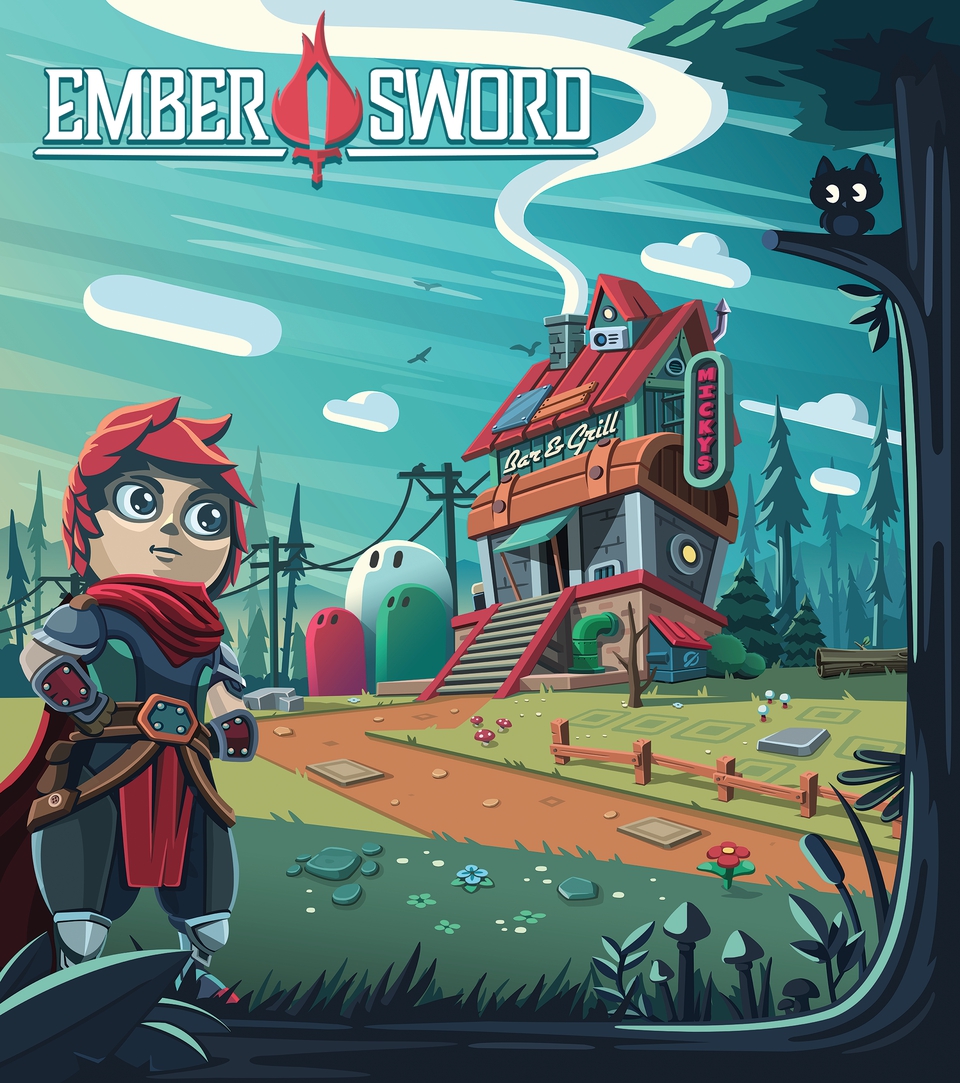 What is the gameplay like? Walk us through a typical game session.

As Ember Sword is a sandbox MMORPG, you are free to do whatever you want to. You might want to play as a peaceful forager of goods and rares making a name for yourself by collecting resources and selling them to other players who melt them into armor pieces that they sell to players who want to increase their combat levels and need better equipment. Doing so, you’d be participating in the player-driven economy. Or you might want to go play as a fierce warrior of no alignment by looking for players you can fight and loot in the dangerous open-world- PvP (Player vs Player) outlaw territories, or attempt to earn a collectible cosmetics (ERC-721) by slaying a PvE (Player versus environment)  boss monster. We don’t force a certain narrative or experience upon you - you can do what you want to at any given time. There will be fishing, cooking, woodcutting, mining, and much more to level up, and due to the classless character system, you can play with any weapon as well, increase the level of each weapon the more you use it.

Where there many challenges when developing Ember Sword? How did you overcome them?

One of the biggest challenges has been to optimize the server and minimize the amount of data sent from the player’s client to the server, and back again. We’ve been adamant optimizations from the beginning, as Ember Sword has to be playable on most computers (whether through the browser or a desktop client), and in the future on smartphones too. This does not mean we have compromised on the graphics or size of the world – it just means we’ve spent a long time optimizing everything from art assets to the game code and server.

How has the overall response been from the players thus far? Any requests?

It has been phenomenal! We’ve received over 50,000 organic views on our reveal teaser and were at the top of the MMORPG and a few other subreddits too. We have also seen over 4,000 pre-registrations for the game already. We have been bombarded with hundreds of emails from players, and the most frequent request is simply to release the game as soon as we can. Players are eager to play, and we’re eager to make the best possible game for them. 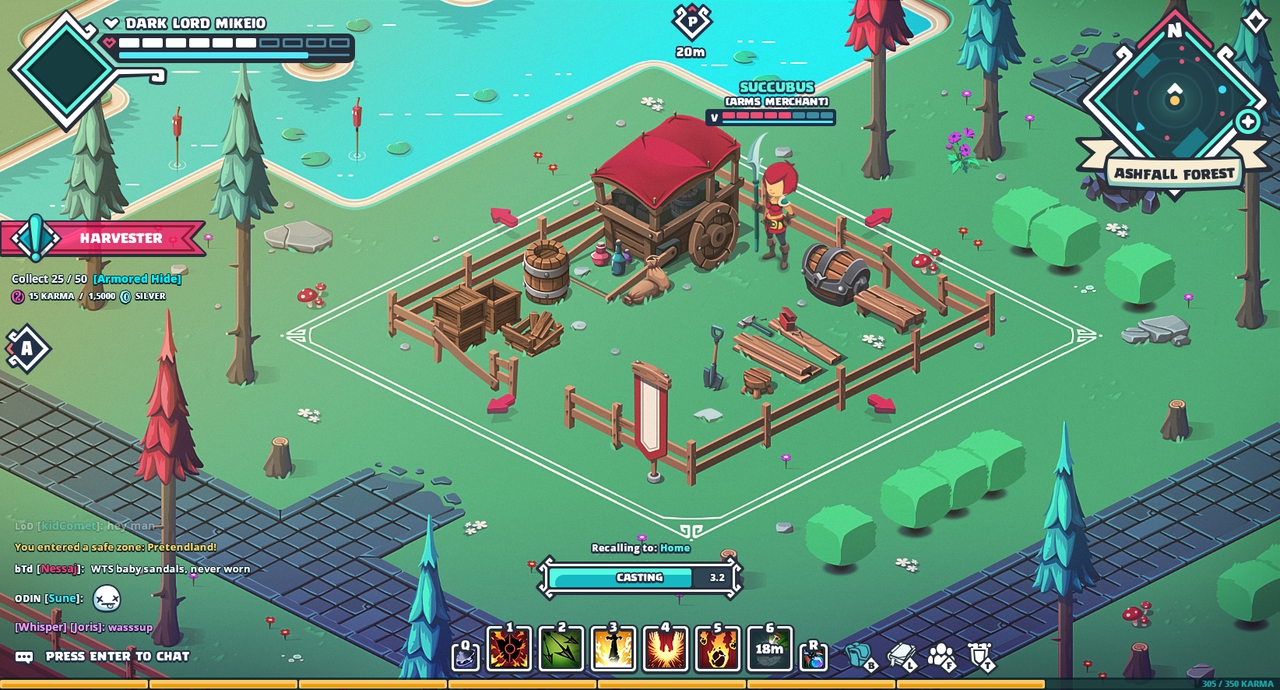 Let's talk about fees, will it really be Free to Play? How did you manage to do that on the blockchain?

Yes, Ember Sword will be completely free to play. We strongly believe that the blockchain should only be utilized when it enhances an experience for a group of people or makes it better in some way (more secure, faster, etc.). Therefore, we would never choose to run every single movement of a character, every single attack, every single item used, on the blockchain. It would simply create a bad and slow gameplay experience. Instead, we use the blockchain to enable peer-to-peer trading of cosmetics in a safe way, removing the need for insecure black markets. The blockchain is also what controls landownership in Ember Sword, which gives players control over how the Ember Sword world evolves and changes, and it also proves and verifies that each cosmetic item is truly unique and can never be “printed” again. But maybe most importantly; the blockchain is what allows us to re-think free-to-play monetization, enabling us to create a free to play game where we don’t use any pay-to-win monetization nor introduce gambling loot boxes. Instead, players earn rare cosmetics (ERC-721’s) through participating in PVP and PVE objectives in-game, and we charge a fee on the marketplace whenever these cosmetics are sold to other players for the PIXEL? Token (ERC-20), which is the game’s premium currency. We also monetize through selling an optional monthly subscription that provides vanity items and features, such as a fancy title, a few extra bank slots etc.

Why did you consider important to state on Ember Sword's official page that the game contained no loot boxes?

Because loot boxes are getting a bad reputation and might be completely banned in the future. We already see several European countries banning them, arguing that buying a loot box is gambling, and thus illegal to target at kids or adults without permission from each country’s gambling commission. We can’t deny that loot boxes are popular, but we are confident the players will enjoy the fact that they don’t have to buy loot boxes to get cosmetics – they can find them directly in the game through PVP and PVE, and even monetize from these items by selling them to other players for PIXEL Tokens, which can then subsequently be used on another cosmetic, the premium currency, or even sold on decentralized exchanges for other crypto or fiat. 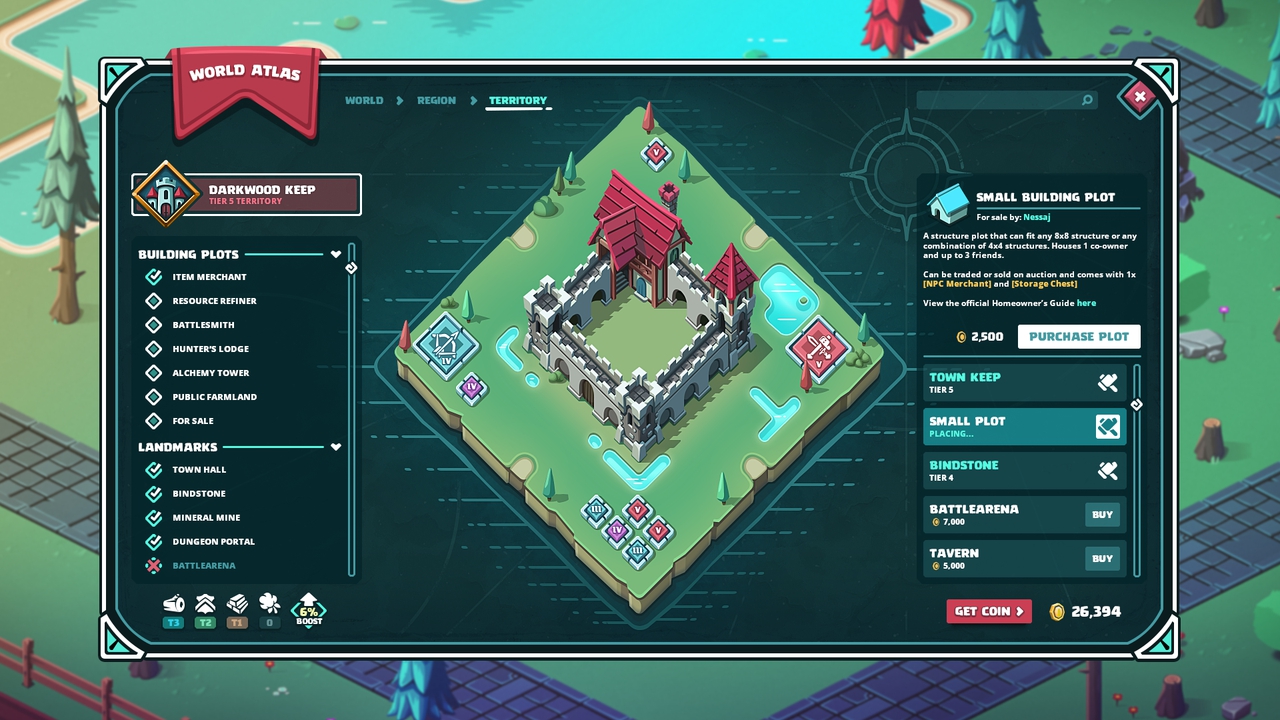 What does it mean that A Player-Controlled World world mean? What are players truly in control of?

It means we truly believe that a world where the players are in control of choosing which NPCs, monsters, and resources should exist in large areas of the world, creates a better, more engaging world than what any game designer could ever design. It also ensures that the world never grows stale and boring. Whenever you login, something new might have appeared, and that’s part of the thrill of exploring the Ember Sword world. As a landowner (LAND being an ERC-721 token of which only 1,344 exists), you get to decide which NPCs, buildings, monsters, and/or resources to place on your land, which other players then interact with. So build what’s in demand, and you might just create the most popular piece of real estate in the Ember Sword world. You can even monetize your LAND to earn PIXEL Tokens by e.g. placing a marketplace and earning a small fee on every transaction on there.

How do you see dapp games evolve in the next couple of years?

I believe many more massively multiplayer online games will start utilizing tokenized cosmetics and a blockchain-enabled marketplace to remove the need for black markets in the future. Although I do not believe there’s a need to decentralize everything about a game, I do think we will also see more and more attempts at creating fully decentralized games. The issues with these are typicallly that you need to pay to participate, and the games tend to thus become 100% pay-to-win. As a whole, I believe blockchain and gaming is a match made in heaven, and I’m confident we’ll see a big chunk of game developers utilize the technology within the next 5-10 years as consumers slowly get more used to the thought of blockchain, and developers get smarter at creating UI that hide the blockchain elements so the users doesn’t have to understand exactly what’s going on behind the hood. The can simply reap all the benefits.

Dapp.com
Discover & enjoy decentralized tech with us.
Like
Like this Article
Currently there are no comments for this article. Would you like to be the first to write one?
Tags
Recommanded Articles
Interview With the Winner of Dapp.com Cup「養分家族」-San!!
Dec 22 · 3987 Views
BlockSurvey — The Future Survey Is Powered by the Blockchain
Dec 25 · 3475 Views
Klaytnとは何か？【 概要と仕組み 】
Dec 27 · 2968 Views
Start Your New Year’s Resolutions Now with New Dapps
Dec 30 · 8455 Views
Notifications
Homepage
Topic
Dapp Ranking
Get $30 Fee Voucher
Earn Crypto
Register
Log In