Our winner of the 1st Community Blockchain Listing Vote, Vexanium, is now officially listed on Dapp.com. Vexanium, or Vex, has beaten WAX, Tezos and Nuls and many other world’s leading blockchain projects.

What’s the magic behind Vexanium blockchain and its huge community?

With the mission to disrupt the existing advertising and marketing business especially in the eCommerce sector, Vexanium was founded by start-up veterans who built the largest Vouchers and Coupons platform in Indonesia.

Vexanium was initially designed as a decentralized marketing ecosystem to be a solution to the lack of transparency and efficiency issues in the industry. The platform consists of user rewards as incentives along with exposure to transactions.

VexGift is a blockchain-based application to distribute free vouchers and digital assets to the user. VexGift is the first project of the Vexanium ecosystem, a public blockchain that focuses on retail marketing. VexGift has collaborated with many merchants, such as Amazon, KFC, GO-JEK, FlowerAdvisor, etc and successfully become the most popular blockchain app in Indonesia.

With the success of VexGift, the Vexanium team decided to extend its services to a public blockchain and launched its mainnet in July 2019. The scalable blockchain adopts what’s already proven from VexGift’s usage -  a DPoS Consensus Mechanism, 0 transaction fees, and half-second block production. To make the blockchain developer-friendly especially for the local market, Vex supports C++ as the main language and introduced upgradeable smart contracts to the dapp developers.

The Indonesian regulators are known as a supportive government for startups - they are recognized as the facilitators of innovation. The Indonesian Bank has announced that they’ve finished the study of Central Bank Digital Currency (CBDC) in early 2020. In February, the Indonesian Ministry of Trade’s Futures Exchange Supervisory Board (Bappebti) issued the first regulations to allow cryptocurrency exchanges and digital assets.

With the great support from the local government as well as their full resources in the local market, Vexanium decided to grow to be a regional unicorn in the blockchain industry.

Vex Dapps and its Incentive Programs

Like a lot of DPoS blockchain, Vexanium’s dapp ecosystem in the early stage has attracted a lot of gambling projects. Then it gets more diverse as projects like BasicDex and Trusti were built by the community to complete the puzzle. The team has launched a series of incentive programs to quickly expand the ecosystem. In the recent updates, they are now on campus with a lot of local universities to educate the younger generation about blockchain applications.

Moving forward, is Vexanium the answer to blockchain adoption for Indonesia’s 264 million population?

Thanks for all the users who voted in our 1st blockchain listing vote campaign! Congrats to the below 10 winners selected by Vexanium.

You will receive 2,500 $dappt airdrop to your below eth wallet.

Vexanium As the first Indonesia public blockchain, Vexanium is building the next generation blockchain for mass adoption, which is born to support DApps (Decentralized Application) usability and retail penetration. Vexanium is going to make blockchain technology accessible and applicable to enhance various industries.

I choose to vote for vexanium, Because Vexanium is 1st public blockchain in Indonesia, Transfer speed on their blockchain can more than 2000tps until 100.000tps depend on Nodes Vexanium, Their project has Block Producer, Dapp and also Defi(incoming).  0xc842cc7e1404730f40f3de2c92696836f467d15f

VEX is different .. the better than the others, you can prove it. Check it out the Best value, stronger, than zero-fee..and sure, with Good team&Big community.. its so easy to use. and finally..  I VOTE VEXANIUM

I vote for Vexanium because dApp community meed certain unique feature like social functioning. This found much in Vexanium

Vexanium Best project from indonesia,that had a lot of group community like vexdonation,vexdapps,vexgif,vexfundation etc, of course supported by govermance  0x3f6a6E44bBE51c91a8E54e9fE5CEae26CAD2273c

Vexanium can accommodate more than 2000 TPS (transactions per second) while most blockchain platforms can only accommodate 10 to 100 TPS  Vexanium does not charge transaction fees such as most platforms which usually require transaction fees in every transaction made by users.  Vexanium will use the DPoS (Delegated Proof Of Stakes) consensus which means Vexanium will prioritize scalability and network performance by using block producers.  Vexanium blockchain will use C++ programming language so the programmer will be easier to create a smart contract using Vexanium blockchain. By using DPoS, Vexanium blockchain will be able to update contract codes that are inappropriate or the incorrect one without involving a hard fork.  0xDa7f5Aab33BD3FCADC530bd8b205CB848Dc1F089

*I choose vote for vexanium, Because Vexanium is 1st public blockchain in Indonesia, Transfer speed on their blockchain can more more than 2000tps until 100.000tps depend on Nodes Vexanium, Their project have Block Producer, Dapp and also Defi(incoming)*

Support Vexanium because, Vexanium does not charge transaction fees. its would be great if every transaction doesn't charge a fee.

Thanks for dapp.com for the event.

Dapp.com
Discover & enjoy decentralized tech with us.
Like
Like this Article
Currently there are no comments for this article. Would you like to be the first to write one?
Tags
AirdropEarn
Related Products 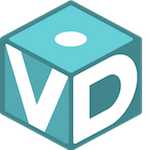 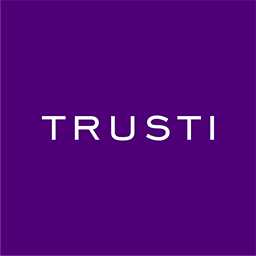 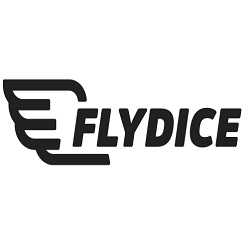 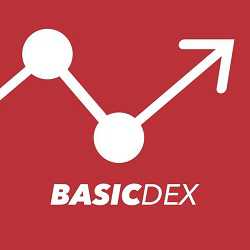