On this episode of Dapp.com AMA, we're excited to collaborate with Crypto & Gamers and invite Huey Shin, CEO and founder of Nodebrick to talk about the brand new crypto fighting game - Infinity Star launching this September! Feeling interested and wanna know more? Ask Huey anything!

Infinity Star is a 2D IDLE (and Fighting!) RPG packed with unique, colorful characters to collect, upgrade, and customize as you fight to escape from underground biological lab!

In the future not far away, due to the biological labs that heat up experiment of the living organs, the faint people are forced into the lab and undergo hundreds of life experiments. In spite that many of these died, various experiments were finally succeeded, and mankind could achieve superpower / mechanization in their human bodies. Someone adapted to these changes, took advantage on their strengths, and some people wanted freedom rather than these changes. Desperate for freedom, they eventually embarked on a 2828 liberation campaign to gain freedom!

Huey is a veteran in the gaming world who has led to many successful projects. He joined Webzen as CFO in 2009 and made several successful deals such as the acquisition of Ymir games at around 455 million RMB, g-potato games portal at 117 million RMB. In 2013, he turned his experience to COO covering domestic and international business and game operation. Following the great success of 全民奇迹(recorded 27 million RMB in 13 hours after launch), he led 全民奇迹’s Korean launching project (MU Origin) and it immediately went on the top ranking in the Google and Apple market in Korea, gained over 1,211 million RMB in total MU series (PC & mobile)in 2015. After that, Huey founded a social gaming company offering Facebook social games and then sold it back to Webzen in 2019 summer. Deeply impressed by the unseen possibilities of a decentralized ecosystem in the Crypto world, Huey determined to found a new company and build a new game - Infinity Star. With Infinity Star, he and his team’s core mission is to introduce, rebuild and reconstruct a real community-backed game in the world.

Join us and be the first ones in the know about this exciting game! 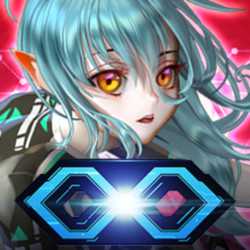