The CryptoConstellations team has been getting in touch with us right after the International Astrology day. We're always very curious to know about the new crypto game and of course, the universe.

As an interactive, Ethereum blockchain based game, CryptoConstellations allows you to have your own Constellations that powered by IPFS technology and each Constellation is a fully decentralized crypto collectible. When you acquire a Constellation you will be the sole owner and your constellation will be immutable forever.

With over 40 (and more coming soon!) beautiful Constellations to choose from, this could be your chance to have a finite grasp over the infinite universe.

Just like everything in this universe, your ownership is might not be permanent. If anyone else wants to grab your Constellation, they CAN just by paying up to double the price that you paid. You will then lose the ownership of that Constellation, but you do receive up to double the amount in ETH automatically transferred back to your crypto wallet. Still a win right? Own Constellations, climb up the Leaderboard and become the God of the universe — It’s your call.

How to Collect Your Own Constellation?

Each available constellation has one smart contract token. When you buy it, you own it, and your ownership will be visible as a card of Constellation on our Leaderboard with the hex color of the six last characters in your wallet address like these:

The Constellations are visible on the Ethereum blockchain as smart contracts — they can only be acquired using Ether. Each Constellation contract works similarly to a token or a coin and can only be owned by only one individual.

You can take control of any available Constellations in the universe (you can check the availability in the catalog). Anyone else can also purchase and conquer your owned Constellation as long as they pay you the new price calculated from the smart contract after you acquired the Constellation previously.

2. Collect Constellations from either Leaderboard or Catalogue — choose the one that you want to own. Also, there’s a very detailed description of each Constellation.

3. Then you can click to purchase one of those and own it — “Start dominating the universe”.

Note: You may bid higher than the current constellation price to ensure that you get "a buy". If your bid is over the current price, you will get refunded the difference.

A friendly reminder: Anyone else can also purchase and conquer your owned Constellation as long as they pay you the new price calculated from the smart contract after you acquired the Constellation previously.

The People Behind the Project

According to the team, they are just three engineers based in Kolkata, India who also share the same passion for space and astronomy. When they found out about blockchain based crypto collectible games, they were instantly hooked to the idea and began looking for something similar to space or planets. They really get what they were looking for, so they decided to take things in their own hands and make it themselves.

The Future of the Constellation Universe

The future plans for the game include dropping sets of new Constellations in waves of regular intervals so that new players and beginners can get into the world of blockchain gaming and CryptoConstellations with a far lower threshold, while at the same time get to experience the fast-paced and exciting gameplay of trading collectibles.

Dapp.com
Discover & enjoy decentralized tech with us.
Like
Like this Article
Currently there are no comments for this article. Would you like to be the first to write one?
Tags
BlockchainDapps
Related Products 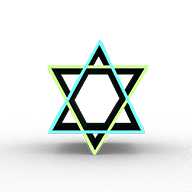 CryptoConstellations
0.0
Main Network
Be the God and take over the Universe.