What projects have the team done in the past before developing CyptantCrab?

Prior to CryptantCrab, Appxplore has developed various award-winning mobile games from casual to mid-core. Some of the known mobile games developed in their 7 year history include Alien Hive, Light A Way, Alien Path, Mobfish Hunter and Crab War, the title that led to the development of CryptantCrab. 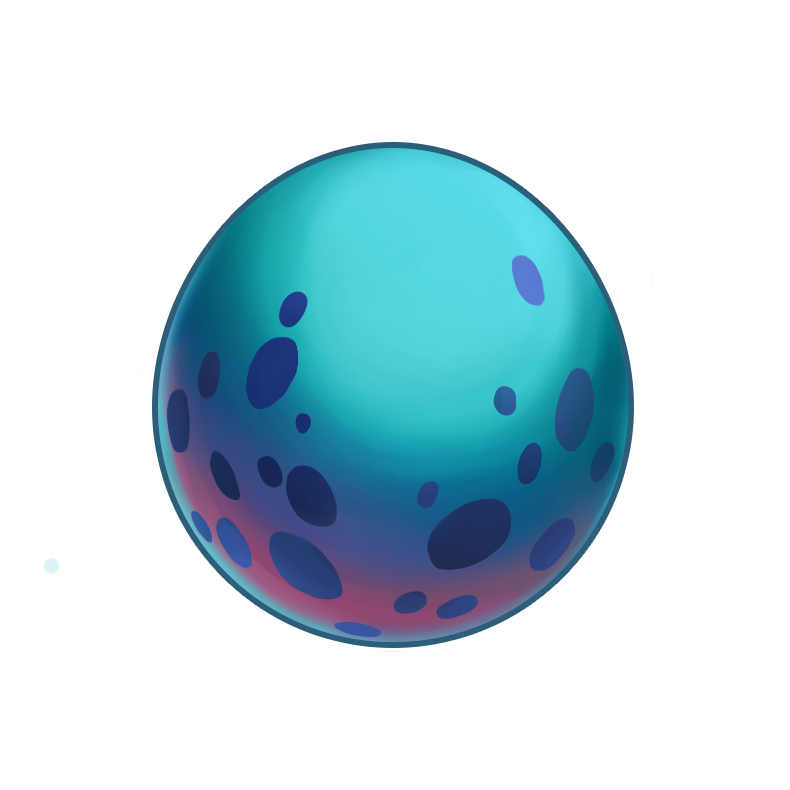 Is the game developed by Appxplore and iCandy? What do they bring to CryptantCrab?

CryptantCrab is developed by Appxplore which is one of the world’s first few game developers to delve into blockchain games. Appxplore is a mobile game developer that has a series of different games from puzzles to action and adventure. Using their extensive knowledge in game development and design, Appxplore intends to create a blockchain game that includes an authentic aspect of gameplay.

What led you to develop CryptantCrab?

It was hard to ignore the amazing potential behind blockchain technology. After looking at the possibility of using that technology and expanding it towards our existing mobile game audiences, we believed it would be a great idea to make it happen!

Why did you choose crabs as the focus of your game?

A good simple answer we have said is “Why not?” When we first created Crab War, the mobile game that CryptantCrab spins off from, we wanted to create something that was unique and amazingly different. Crab War featured vibrant, evolving crabs that battled against Reptiles so we brought the concept to CryptantCrab as a PVP spin-off to the game. You also can’t deny that watching crabs fight sounds awesome.

What games inspired the gameplay mechanics of CryptantCrab? I can see some Spore there.

As CryptantCrab is a spinoff from our Crab War Game, we wanted to bring the concept of evolution and mutations into the game as well. It's great that you mention Spore as we love giving players the ability to customize a crab lifeform that is one in a million. With each part having its own unique set of stats and distribution of strengths, players will be able to form really unique combinations that optimize their different crabs.

How do battles work? Is it turn based? Do players have to button-bash? Is there a strategy that players should use?

The battle system will be coming in Q1 and it features 1-on-1 battles where players can prepare their crabs for battle or challenge other crabs. One of the features we have in combat is an elemental system. The body of the CryptantCrab determines the elemental affinity the entire crab and each element clashes with other elements with their own strengths and weaknesses.

Unlike Crab War, there’s no rapid tapping involved but in combat, players can strategize by distributing their attacks or defense into different areas. During the clash, these allocated points will determine the amplification of attacks and reveal the final results to both players.

Cryptant and Crab Hearts are interesting features if the crab mutates with Cryptant would it affect or improve powers of the Crab Heart?

This is the most exciting part! Using Cryptant to mutate the different parts of the Crab will allow it to transform those specific parts into another type and possibly reach the point where a CryptantCrab has a complete set that possibly grants special bonuses. We have also recently introduced the Xenograft feature that will allow players to take one very specific part from one CryptantCrab to graft it onto another. This will allow a sense of customizability for the players in creating their battle-ready Crab.

The CryptantCrab heart, on the other hand, is a specific part of the Crab that is unchanging once hatched. Every CryptantCrab has their own heart that acts as the natural personality of the CryptantCrab the amplifies specific stats. This adds a new level of variety to the different CryptantCrab and as you continue to battle with them, you will get to understand your Crabs better and capitalize on its strengths.

How do artists decide the various features that the crabs have? Where do they get their inspiration from?

Each CryptantCrab design is tied to one of the five elements available within the game. Artists explore the possibilities of these elements and how they are found in nature. From the rocky volcanic formations to the depths of the sea, our artists study the origins of these elements and how they occur in their most volatile state. The artists then draw inspiration from the creatures in our own world that not only withstand these harsh environments but thrive in them.

How has the community reacted to the game? Is there a lot of excitement at the moment?

We’ve surpassed over 1000 CryptantCrab purchased and players are anticipating more as we continue to share new information regarding the systems and what new features the release will bring. There’s a lot more which we are working to bring to the table and players are excited to see what comes next.

When do you plan on releasing CryptantCrab?

CryptantCrab will be released at the end of 2018 and will feature the Mutation and Xenograft feature for players to begin modifying and preparing their CryptantCrab for battle. In the lead up to this we have extended our pre-sale to Christmas just to spread a little more joy of the season! In the spirit of giving we’ve also implemented the referral program so that everyone benefits from sharing CryptantCrab with their friends and also allowing players to capitalize on the amazing benefits of the pre-sale. 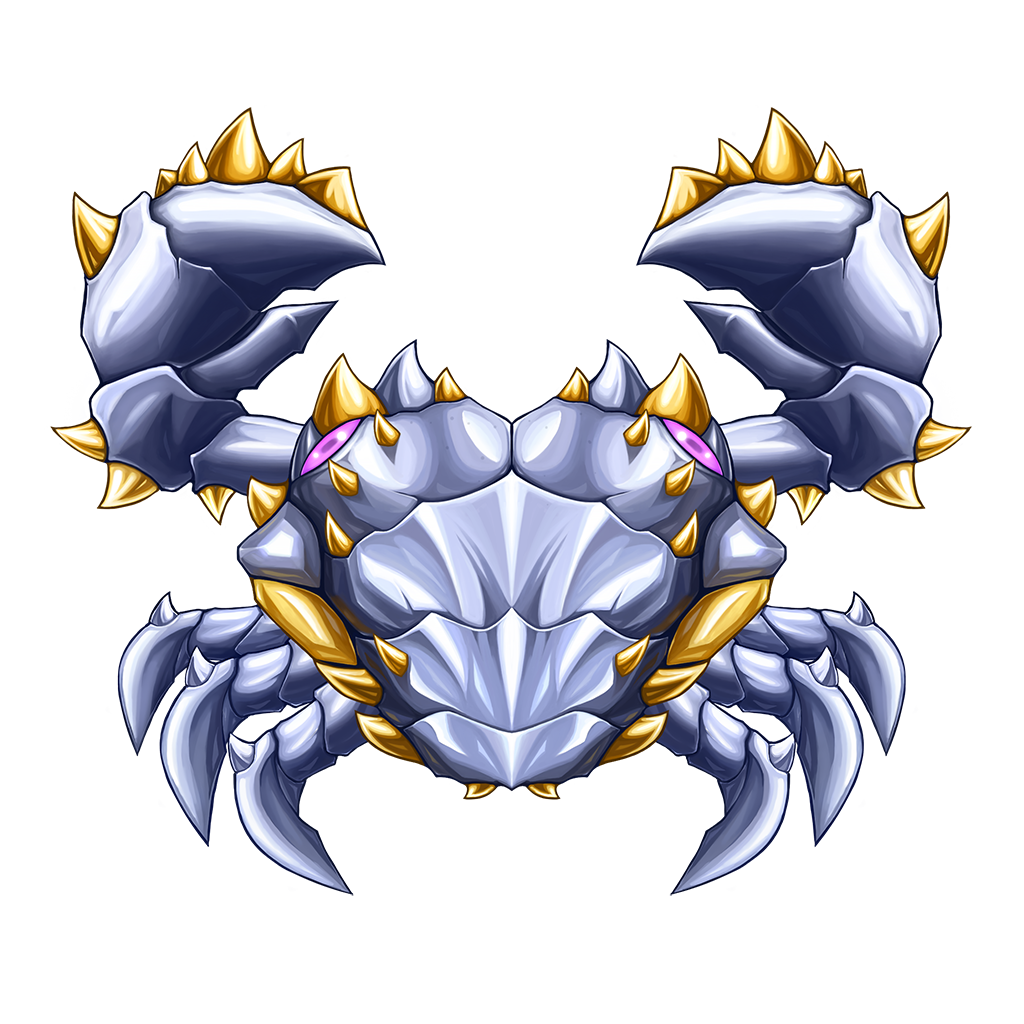 The real beauty of blockchain games is the increased security features that give players peace of mind in regards to potential cheating or theft that could happen. The decentralized gaming concept is also a great way to help players truly own each of their own assets.

What challenges do you see that the crypto community should address at moment?

The biggest challenge we believe would be the need to have an actual dedicated game developer for cryptogames and improved adoption to the masses. With the introduction of the technology many people have tried to make an entry and many have also failed to follow through.

This is why as game developers prior to this, we really wish to bring the technology to the field of games and also expand the adoption of these types of games to the mass market. The self-contained nature of the crypto community faces a challenging time expanding its growth to a wider audience, but with the expansion of game developers into this space we will definitely see it continue to grow.

We thank the team for talking to us about Cryptant Crab and look forward to battling and mutating the battle-hardened Crabs. In the meantime, we will be hosting a competition from November 27th to December 7th where players will have the chance to win 10 Unhatched Cryptant Crabs.

The winners will be chosen randomly from posted retweets and announced on December 10th.

Dapp.com
Discover & enjoy decentralized tech with us.
Like
Like this Article
Currently there are no comments for this article. Would you like to be the first to write one?
Tags
Recommanded Articles
3 Products That Help You Create Your Own NFTs!
Oct 8 · 12112 Views
Trump Beats COVID19, You May Get Profits from Trump Tokens in the Prediction Market
Oct 9 · 4833 Views
FTX’s SBF Is Short-selling? Why CREAM Votes on De-listing FTT?
Oct 12 · 4098 Views
7 Hot Storage Tokens and The Blockchain Storage Projects Behind
Oct 13 · 5982 Views
Notifications
Homepage
Topic
Dapp Ranking
Get $30 Fee Voucher
Earn Crypto
Register
Log In