Members of the cryptocurrency community interested in dapps and trading tokens are currently well served as there are a number of crypto wallets that facilitate conversions between tokens built on Ethereum, EOS, and other blockchains. Among them, the Bancor wallet stands out as it offers a decentralized option for seamless swaps of ERC-20 and EOS tokens, across 9,700+ token pairs, in a single click.

By using the Bancor wallet, users can conduct instant conversions between any two tokens on the Bancor Network without the need for a counterparty on the other side of the trade. This innovative model for automated liquidity, which underlies the Bancor Wallet, allows users to bypass all intermediaries and convert tokens directly from their wallets in a completely decentralized fashion.

Bancor operates a decentralized cross-chain liquidity network that allows users to instantly convert between any ERC-20 or EOS token. The Bancor Foundation is based in Zug, Switzerland and has an R&D center based in Tel Aviv, Israel — a rising technology hub not only in the Middle East but also around the globe. The company was founded in 2016 by a team that has a Silicon Valley background and has extensive experience in both blockchain and scaling tech startups, with multiple acquisitions and popular products deployed.

Bancor held one of the most successful token sales (at the time, in 2017, it was a world record), raising more than $153 million worth of Ethereum from more than 10,000 contributors in less than three hours. Since then, the Bancor Network has processed over $1.5 billion in tokens conversions between popular tokens like EOS, ETH, DAI, BNB, ENJ, KIN & SENSE. More than 100 liquidity providers serve as nodes in the Bancor Network — with roughly $13 million worth of tokens staked in on-chain liquidity pools powering the conversions.

Bancor has developed a well-designed interface that incorporates a variety of features expected of a next-generation crypto wallet. These include built-in token conversions, detailed token charts, and free transfers in and out of the wallet. The Bancor Wallet supports 500+ ERC20 and EOS tokens. Bancor also provides users with free EOS accounts and enough EOS resources (RAM, CPU, and NET) to start converting tokens.

The user experience of the Bancor wallet resembles that of Coinbase and other popular custodial wallets in that users can manage and convert tokens in a slick, intuitive app. But behind the scenes, users of the Bancor Wallet transact directly with smart contracts on the blockchain and remain in full control of their funds and private keys at all times.

In other words, while traditional crypto wallets enable conversions between tokens built on different blockchains, Bancor’s wallet is the first to allow for cross-chain conversions without users having to give up possession of their crypto or their private keys.

Bancor’s first cross-chain integration is between Ethereum and EOS, their ambition, however, is more than just bridging the transition between these two chains. Bancor is intended to function as a multi-chain liquidity solution, enabling instant token conversions between many different mainstream blockchains such as Bitcoin and Tron — to name a few.

Bancor provides an incredible range of token conversion options and gives users access to fee-less trading of ERC-20 and EOS tokens across 9,700+ token pairs in the Bancor wallet. In comparison, Binance has around 150 tokens but only 443 trading pairs.

Liquidity, of course, is the lifeblood of currency. However, not all cryptocurrencies can be easily bought and sold. Only those currencies, such as Bitcoin and Ether, have enough popularity and trade volume to be listed on most crypto exchanges. The Bancor Protocol offers a novel solution that embeds tokens with automated and decentralized liquidity. Using the Bancor Protocol, any token created by anyone can be granted instant liquidity, regardless of trade volume. This important function can greatly facilitate the adoption of decentralized applications, as those in-dapp tokens can now be converted instantly in a single click.

Bancor has an approachable support team that is available 24/7 to deal with any queries or issues. Bancor’s support section also has a detailed selection of FAQ documentation, including terminology explanation for new crypto users. Bancor has also built a vast, active and supportive global community across Twitter, Facebook, Reddit, Telegram, LinkedIn, Bitcoin Talk, WeChat, Weibo, and other platforms. Bancor is one of the top-ranked dapps on Dapp.com with the #1 most active community.

Below are some reviews from the Dapp.com community:

To deposit money into your Bancor account, you can either use the credit card method (supported in most US states), or import tokens from other wallets to your Bancor address. Click “My address” to access both EOS and Ethereum account.

To convert tokens, click on the “Convert” button and enter the amount of tokens you want to exchange.  You can quickly change to another token by using the drop-down menu. Click “Next” to confirm the transaction.

Liquidity is considered to be one of the biggest obstacles to the mass adoption of cryptocurrencies. Bancor has completely resolved this issue by automating liquidity with its protocol, which serves as the foundation of the Bancor wallet — truly making it the “wallet of the future”. While Bancor may require a slight learning curve for complete beginners, it’s simple UI makes it an excellent choice for anyone new to crypto versus more complicated token exchange platforms. Bancor is also a perfect option for anyone looking to manage all of their tokens across multiple blockchains on a decentralized platform. The Bancor Wallet’s cross-chain liquidity network provides the best and most convenient solution for simple swaps between tokens, no matter the underlying blockchain. 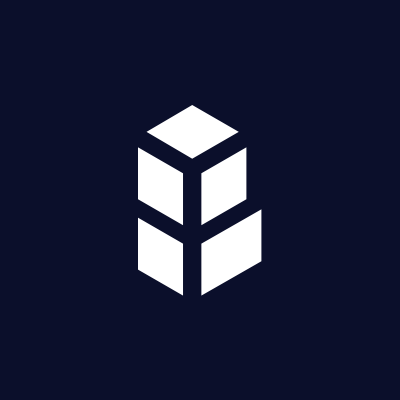