Yummy Pre-sale and a Magical World of à table!

Dapp à table!, developed by game studio EverdreamSoft and managed by BitCrystals, launched a three-month pre-sale on December 5th, 2018. Players can purchase their “Yummy-mix” including the ingredients to “bake” their Yummy - an original cute animal made of food-related items, represented by an ERC-721 token. We invited the Founder & CEO of EverdreamSoft, Shaban Shaame, to tell Dapp.com Community about à table!.

Tell us about the lore of à table!

à table! is set in a magical world made of foody islands that cute creatures can explore to find the best flavor of all. Here is the plot of à table! :

Have you ever imagined eating the most delicious and refined meal? The cuisine of the greatest chef of all time? What if you were told that à table! makes it possible? 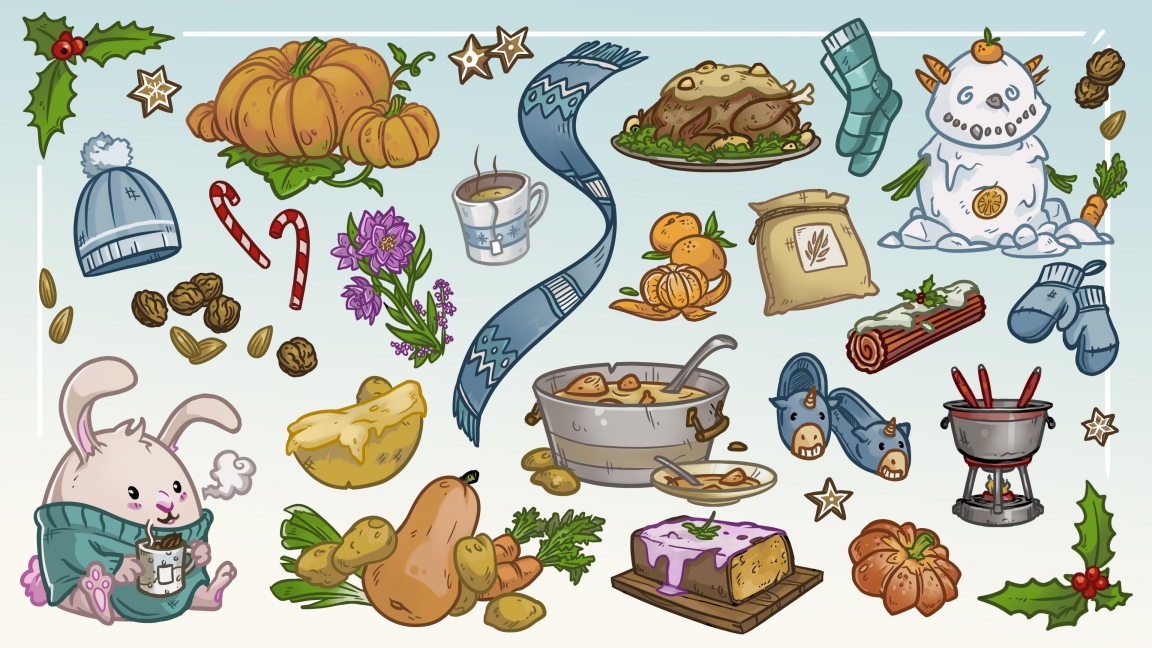 In the cosmic kitchen of the Great Constellation, the heavenly Chef Joséphine Mangetout has found a way to harness the most exquisite flavors and bring them into life. Her divine cooking talent even opened up a portal to a mythical and unexplored culinary world: the Yummy Islands. As wonderful as it is, this magical and tasty universe is as coveted as it is dangerous, and Joséphine Mangetout needs passionate and motivated sous-chefs like you to lead expeditions with the delicious critters she created: the Yummies. Each new recipe allows Joséphine, and now you, her sous-chef, to travel to the bottom of the Great Tureen and explore the incredible Yummy Islands. What you must know is that Joséphine was challenged by the king of the Grand Constellation to find the ultimate flavor: the Cosmic Flavor. The great king of the Cosmic Castle has decided to pit her against all the greatest celestial cooks to find this mythically exquisite flavor that none has been found so far. Prepare yourself to live the adventure of your life and enjoy cuisine like you've never did before.

How does one imagine such a world? Where does this kind of creativity come from?

What will the gameplay be like? What can the Yummies do?

à table! is an exploration game set in an infinite world made of procedurally-generated islands, full of mysteries, treasures and traps. Players have to visit the Yummy Islands made of different biomes. The goal of the game is to explore the Yummy Islands with your Yummy and to manage its resources to make sure it comes back alive with its loot. Each island is unique and requires multiple exploration attempts to uncover all of its treasures. Each Yummy has different strengths and weaknesses that can be an advantage or a disadvantage on a specific island.

How many races do you plan to have eventually? Will it matter which race players choose?

à table! will have eight Yummy races. Three races will be available right after launch. We will release a new race about every 3-4 months. Each new Yummy race will kick off a new game season. For the blockchain version, the smart contract will be updated with adapted game rules. This means that breeding between Yummies from new seasons and older seasons will have certain restrictions. New kind of islands will appear in the world, taking advantage of the new races’ features. Seasons allow to renew the sales and regain the interest for the game. For blockchain players, the goal is to be among the first to obtain the ultimate Yummy. 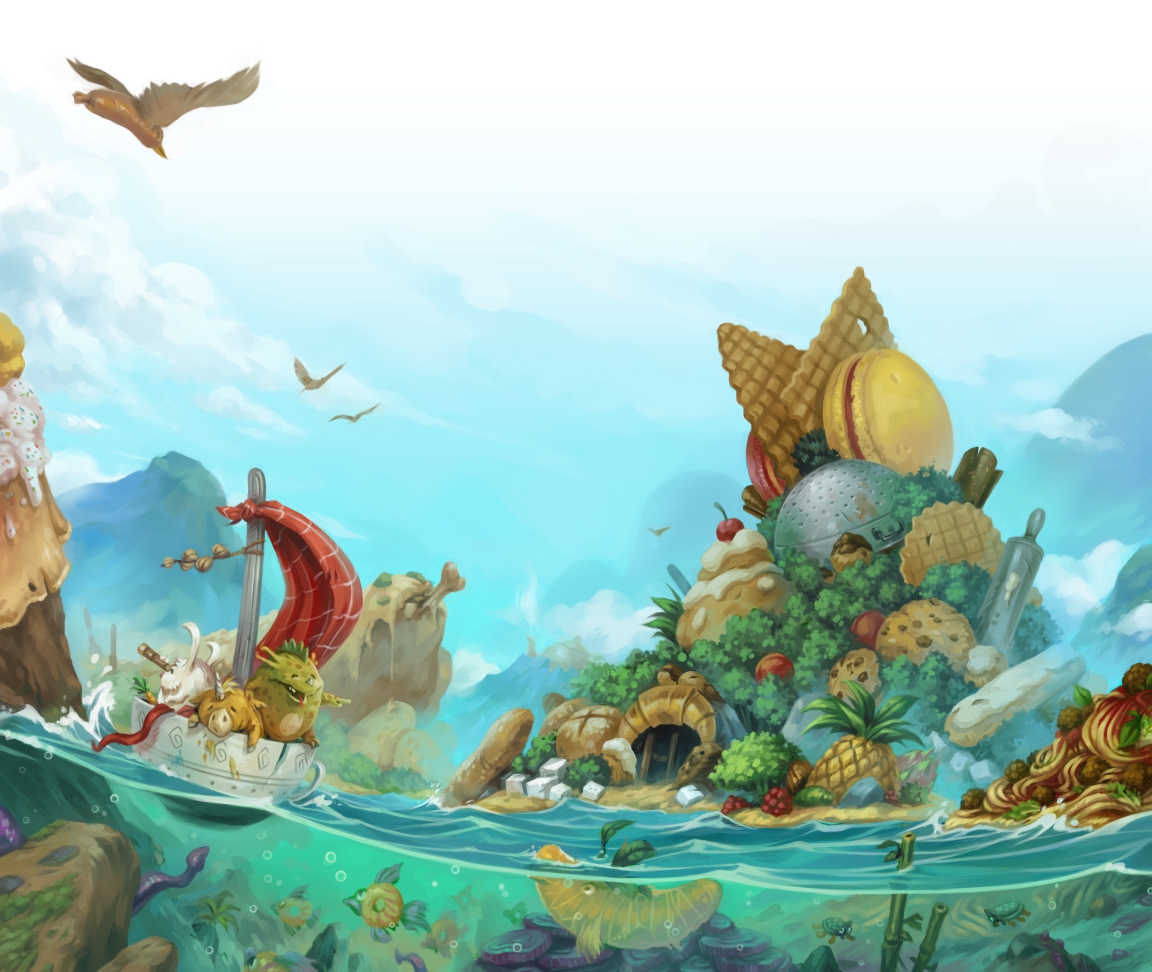 When will à table! Be out? What is your roadmap like?

The breeding gameplay on the blockchain will be available in March 2019. Each Yummy will have its own unique stats. The goal of the blockchain gameplay is to breed the Yummies in order to get an ultimate Yummy. The native version of à table!, where players will be able to use their blockchain Yummies, will be released by the end of 2019.

Are there many challenges when developing on Ethereum? What were they?

Our first game, Spells of Genesis was developed on counterparty, on the bitcoin blockchain. Counterparty enables us to create on-chain game tokens with a few clicks and embed a decentralized exchange. Counterparty has token true ownership but not smart contract capabilities. Working on à table!, we went through several challenges. Developing on ethereum requires people with very specific knowledge of solidity. It is not possible to go casually with solidity development. Smart contracts require a lot more testing and security checks before deployment as they cannot be changed once they have been deployed.

Why choose a decentralized way to create a game in the first place?

We are doing blockchain games since 2015 and we truly believe that true ownership of digital asset is the future of the gaming industry. Since 2015 we create and sell a lot of game crypto tokens and we see the emergence of many game collectibles whether it is user generated or created by game projects. We wanted à table! to leverage all these different collectibles. Therefore, the game will allow to use collectibles from different games and collections to be used as enhancer in à table!

Ethereum Gaming is famous for having a gas fee, how have you managed to keep them down in à table! ?

Blockchain fees are, as for 2018, still an important issue. At the same time it’s the price to pay to have reliability and security. For à table! just like in Spells of Genesis we have a hybrid approach, blockchain transactions and smart contracts are for a very specific use, like character transfer and breading. For the rest of the gameplay it happens off chain, meaning players don’t need to make any onchain transaction for the gameplay part. 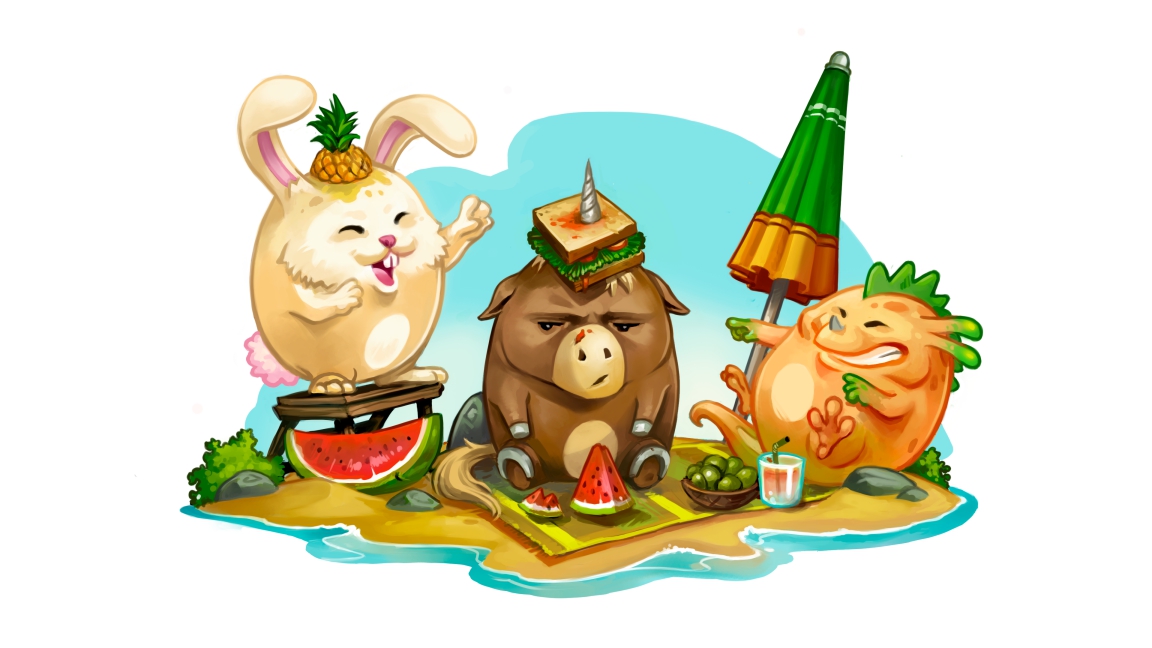 What brought the team together to start developing à table?

We made an ICO for Spells of Genesis 3 years ago. Since the release, in 2 years the game has been played 5 million times. We also released a blockchain wallet Casa Tookan for collectibles that works across two blockchains: bitcoin and ethereum. The natural evolution for the team was to start working on a new game on ethereum. As for all these years, EverdreamSoft grew with more people and we now have 3 teams. One is working on Spells of Genesis another on BitCrystals, which are blockchain tools, and the third team developing à table!

Are there any features that you are still discussing that you might apply in à table?

An important singularity of à table! comes from the fact that collectible items from other games, collections and user generated content are considered as “aroma” in à table! As long as players connect their blockchain wallet they will be able to play with the Yummies they hold and equip them with “aroma” and it will impact your characters’ abilities. We want to include many popular game items across multiple blockchains. Not only from Spells of Genesis but from many other collectibles that will help boost the Yummies.

If you are a gourmet and want to experience à table!’s magic Yummy Islands with a game ecosystem where you potentially can use the items you purchased in other dapps, join the pre-sale! Thank you, Shaban Shaame, for making Dapp.com community feel hungry with all those Yummy details.

Dapp.com
Discover & enjoy decentralized tech with us.
Like
Like this Article
Currently there are no comments for this article. Would you like to be the first to write one?
Tags
Recommanded Articles
Coca-Cola’s 1st NFT Auction Boosts OpenSea Users & Volume to ATH
Aug 2 · 3123 Views
Who Is The Most Profitable Ethereum NFT Whale? What NFTs Is He Investing in?
Aug 3 · 4291 Views
2 New DeFi: Get a Dex Order Manager on Polygon, Earn from Your Predictions!
Aug 5 · 3503 Views
What Is BetOnRugs?
Aug 5 · 1214 Views
Notifications
Homepage
Topic
Dapp Ranking
Get $30 Fee Voucher
Earn Crypto
Register
Log In